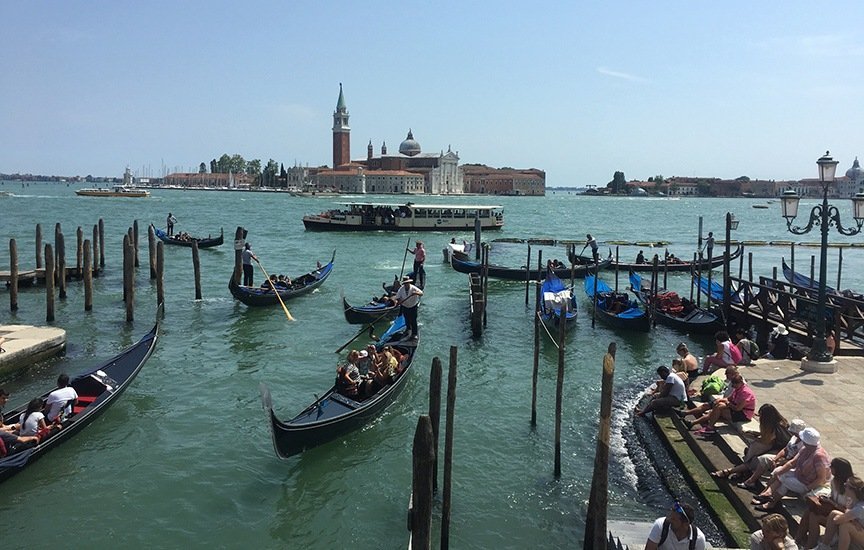 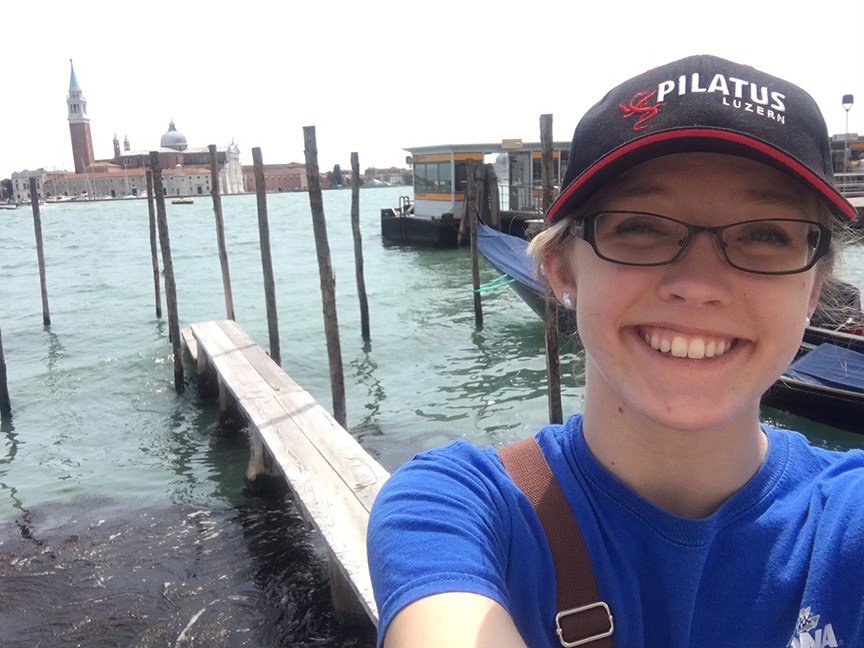 If you haven’t read my last article about Verona and our first night in Venice, catch up here!

We started the day bright and early. After a speedy breakfast, I flew down the hostel steps to meet the rest of the group. We were taking a water taxi over to the island. We met our tour guide at the pier near Piazza San Marco, who led us to the two pillars that guarded St. Mark’s Square. It is said to be bad luck to walk through the two pillars because that was where they used to hold executions.

The square was surrounded by buildings on all four sides, with side entrances on either side of St. Mark’s Basilica. This is also where the Doge’s Palace was, which served more as a political hub for Venice rather than a palace. The story goes that the Doge ordered for the retrieval of the body of St. Mark from Constantinople so that he could rest in the church. This is how St. Mark became the patron saint of Venice.

The church’s age was easy to note. Stained glass and 24-karat-gold-leaf depicted the life of Jesus on the archways of the church. To make it that much more culturally rich, artisans hand-crafted the marble floor centuries ago. The floor buckled over time and became wavy because Venice is actively sinking into the sea! The church often has a platform that extends into the square because Piazza San Marco floods regularly. In fact, many of the Venetian locals make a day of it. They bring inner-tubes and floaties out to the square to hang out in the water before the tide returns.

Glass Blowing and a Gondola Ride

Our guide showed us the bell tower in the square. He then pointed out the place where it is believed that the Leonardo Da Vinci, tasked by the Doge to construct a submarine, stayed while in Venice. Afterward, he led us to a local glassblower so we could see a demonstration. Over the centuries, glassblowers made Venetian glass very special and unique. The glassblowing was mesmerizing to watch and I appreciated the amount of skill that went into the craft.

From there, our group split up. I went with Rachel, Sara, Maria, Aryana, and Dounia for lunch. We got traditional margherita pizza (which is very different from American-style pizza!) and then headed out to search for a gondola. It was initially rather challenging, as most of the gondoliers were out having lunch! Finally, we got someone’s attention who then led us to a different spot where there were available gondoliers. 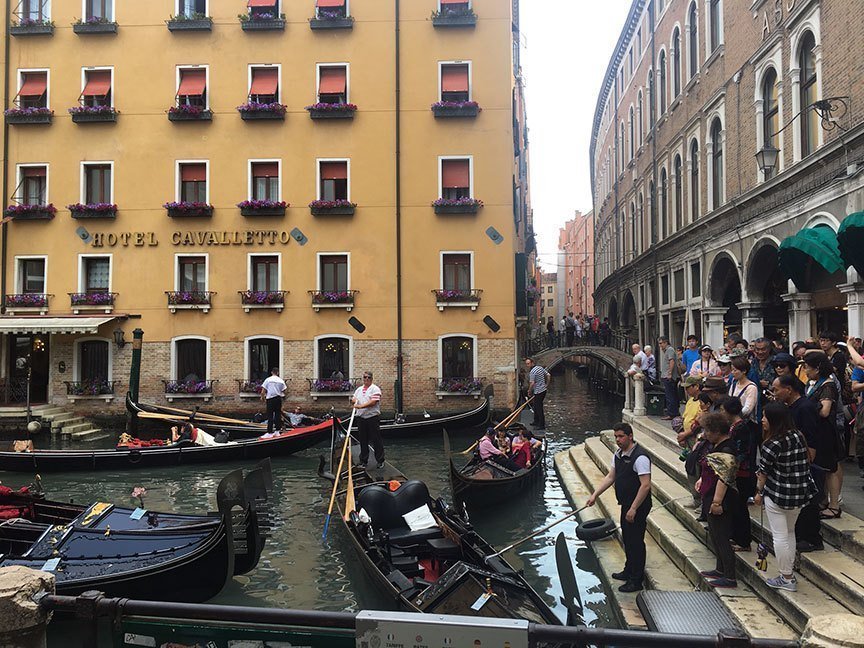 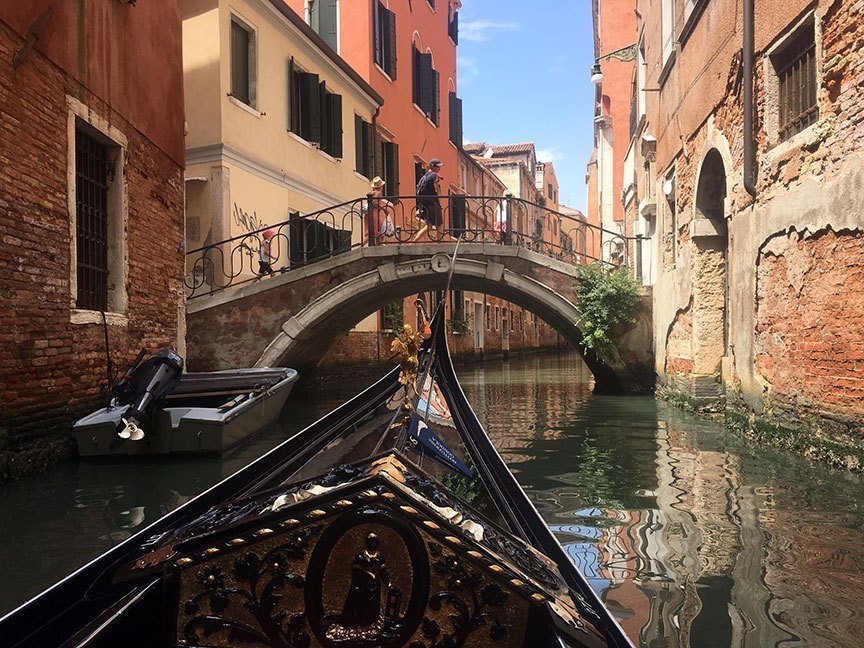 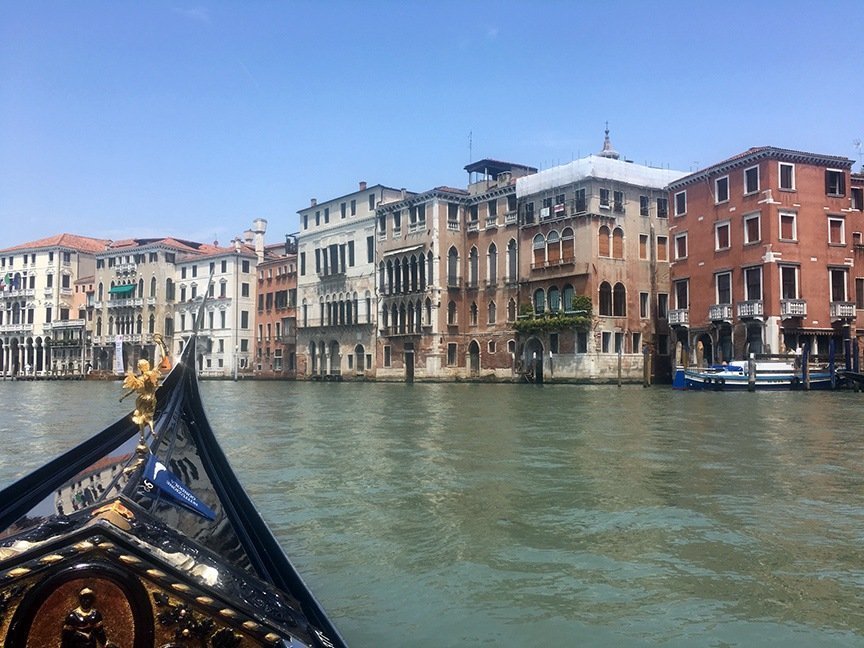 The gondola was very rocky to get into, and reminded me of a longer, shallower canoe. The gondolier instructed us to sit on one side of the gondola so that he would be able to stand and steer on the other. He took us through the many canals, giving us fun facts about Venice while we took pictures of everything. He finally took us to the Grand Canal, where we saw many different types of boats (traghettos, gondolas, vaporettos, and more). Once we had finished the boat ride, we all split the fare of €80 to a simple €13. Although €80 is a bit steep, splitting the fare with someone else absolutely makes the ride worth it. It was one of the highlights of my entire trip.

Wrapping up the Day in Venice 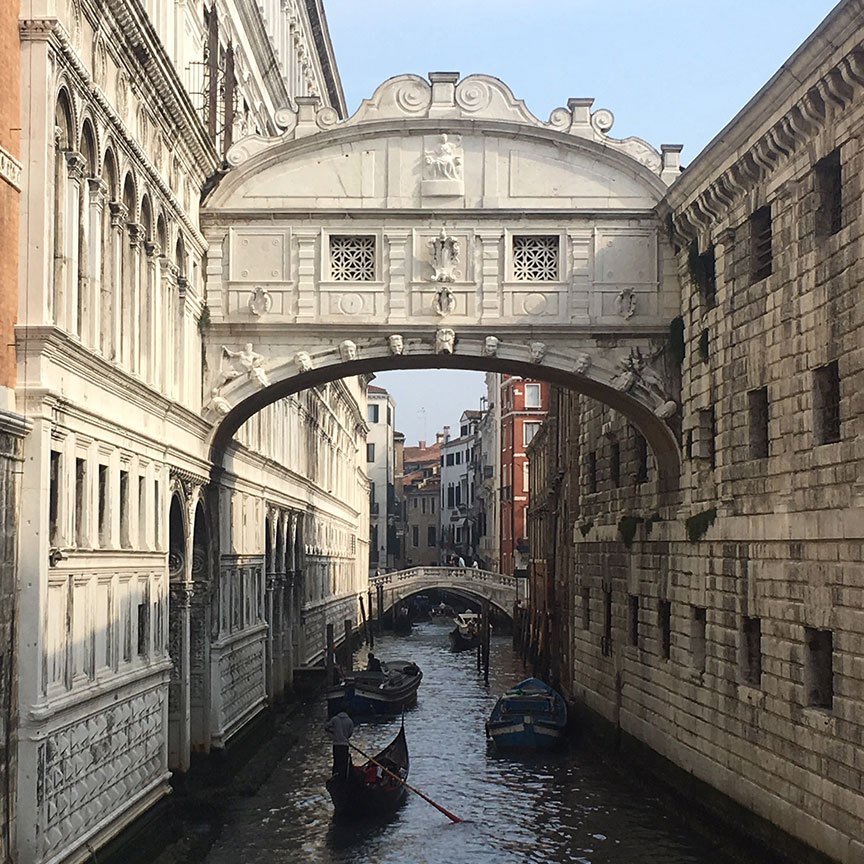 After we finished up, we hit up some of the local souvenir shops. I remember being too afraid of getting lost again, and we all decided to head back towards the port where we all bought gelato and people watched. Aryana needed to pee, so we all followed signs for a water closet for 20 minutes only to find that it cost €1,50 to use. We went back to Piazza San Marcos to find a cheaper bathroom. While everyone rested in the shade, I decided to do a little bit of exploring on my own. Instead of heading back towards the port out of the square, I went the opposite direction and found a nice park and many local vendors. I sat and enjoyed the sun for a few minutes before heading back towards the group.

We took the water taxi back to the mainland, and many of us bought food at the grocery store next to our hostel. Sara and I picked up a bottle of wine each, which we both finished before Nikos enticed the group to a stroll in a nearby square. In my travel journal I wrote, “I don’t remember much of the square itself, but I do remember telling Nikos and a few other friends about Florida cockroaches and the anhinga.” One of my friends told me I was like a “walking National Geographic… I learned so much!” On our way home, Nikos stopped everyone (“Wait, wait – we must stop – we have to,”) for ice cream.

The next day, we all woke up early again so we could start our journey to Rome. Make sure to stay tuned to read all about the many historical sites we saw as we visited one of Italy’s largest and oldest cities! 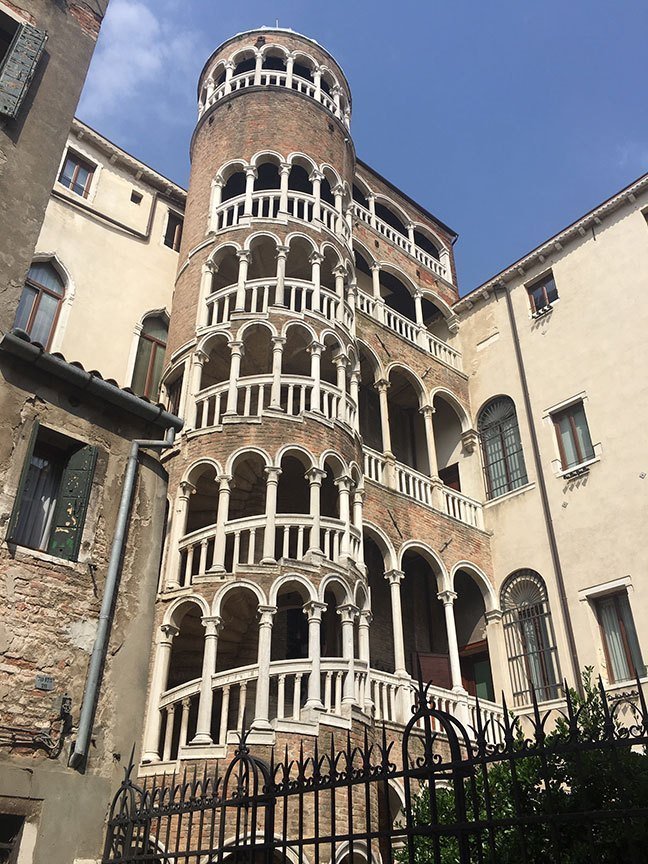 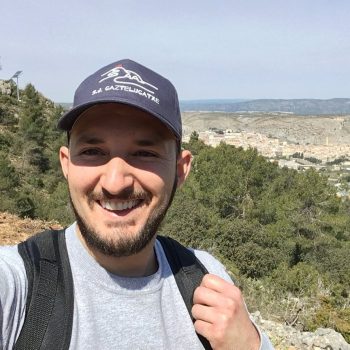 June 20, 2019
by Leesa Truesdell Ryan Gomez has been back in the US for about a month. Recently, we had the chance…
Read More 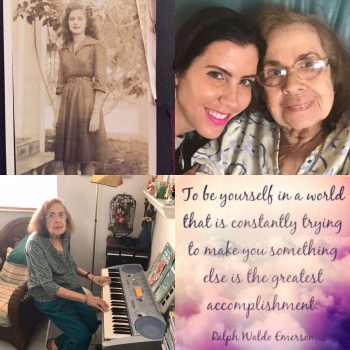 December 20, 2017
by Leesa Truesdell This blog showcases my life and my grieving process over six months. It shows how I worked…
Read More