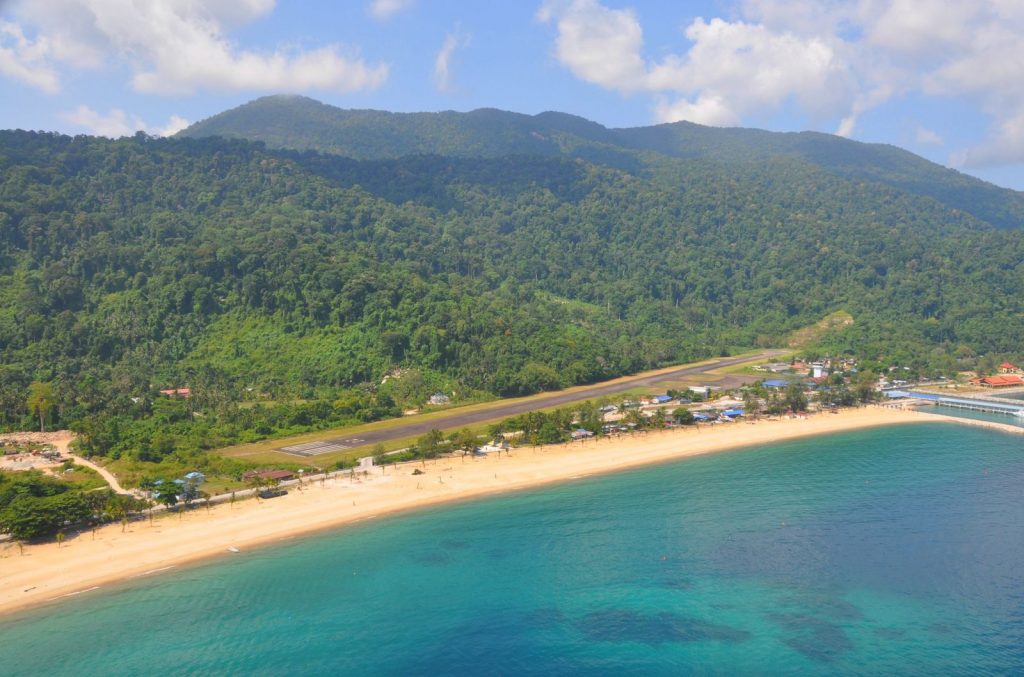 A Bit About Pulau Tioman, Malaysia

Pulau Tioman is a member of the Seribuat island group. It is about 20 kilometers by 12 kilometers in size and lies off the east coast of peninsular Malaysia in the South China Sea, 51 kilometers northeast of the city of Mersing. Designated as a marine park, it has a no-fishing zone that surrounds it and thus, an abundance of sea life. Because of this, it attracts many scuba divers from Malaysia and Singapore.

Salang is on the northwest coast of the island, which was also my first port of call.

My day started with a six-hour bus ride from Kuala Lumpur to Mersing, followed by three hours of hanging out in Mersing, waiting for the ferry. Followed by the additional three-hour ferry ride itself, I arrived in Salang around 9:00 p.m. burnt out and exhausted.

I disembarked and walked down the jetty, which jutted well out past the shallow waters of Salang’s beach. When I reached land, I faced the proverbial fork in the road dilemma. Do I go right and check out the short string of lights down the coast? Or do I go left, which had a larger light show?

Arriving this time of night always poses some risks of encountering ‘no vacancy’ signs on potential places for lodging. The first couple of places I walked by were full. The third place had but one room left — a slightly expensive triple room. I took it, figuring I could look for other options in the morning. 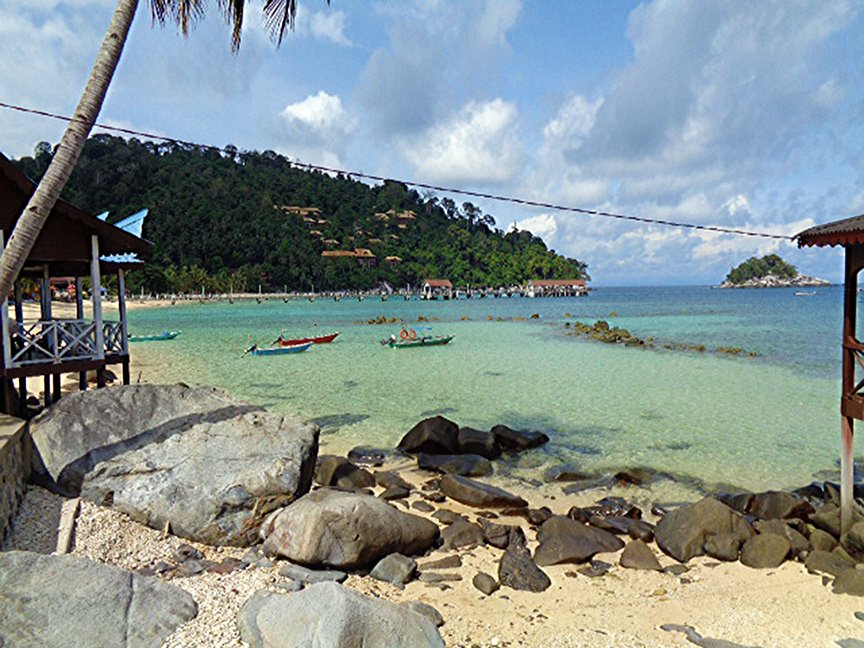 I got the key and decided to take a shower before registering. I immediately spotted a voyeur. Eight legs and two big eyes were watching me. This arachnid was the size of the palm of my hand. It could have as easily embraced a hockey puck. It was a strange pewter-grey colour. Plus, it was a species I had never seen before. It nimbly darted to and fro along the wall, quickly evading the bullets of water from the shower head.

I grabbed the plastic water pressure knob – SNAP! The plastic broke off in my hand. There was now water spraying in all directions with no visible way to stop it, much to the spider’s chagrin, I am sure. I checked under the sink, behind the toilet, virtually everywhere searching in vain to locate the master valve to cut off the water supply. No luck.

My next step was to get dressed and drop the water bomb on the receptionist.

Chaos prevailed as the manager tried to desperately dig into his Plumbing 101 arsenal of tricks. He eventually found a master valve outside the room. The idea of staying in a slightly expensive triple room with no water no longer appealed to this tired traveler. Without having registered or paid for the room, my quest for lodgings continued.

I went back toward the jetty and must have tried seven or eight places, which were all either full or had darkened reception areas. It was now past 10 p.m. and things in laid-back Salang had closed and went quite early. I decided to go back to the scene of the broken shower as I had noticed they had a couple of hammocks slung under the trees by their restaurant area. This also seemed to be one of only two places in Salang that sold beer. I figured I could at least drink a few beers until they closed, then order half a dozen more and curl up in the hammock for the night.

But before I made it back there, I noticed a small series of lights leading away from the shoreline. I deviated from my hammock plan and came across a group of posh-looking cabins. I decided to give it a try. They had one cabin left, which was cheaper than the triple room at the other place. The owner knocked a further 40 RM (about $10 US) off the price due to my late arrival. He was going to close reception ten minutes after I’d arrived and go to bed, now that the last available space had been booked. I didn’t even register it. He just said, “You can pay me in the morning”.

North of the jetty was a picturesque stony beach, and to the south, a beach bum’s delight. Despite its pretty beaches, Salang attracts many more divers than beach enthusiasts. There aren’t many roads at all on the island. Walking and bicycle paths lead the way for exploration. There is also the sidecar — these are primarily used to load and unload goods from boats. This includes shipping all plastic and other rubbish off of the island. When not busy, a sidecar can be hired for transportation as well. Notably, renting a bicycle was the best mode of long-distance transportation.

The highlight of each night along Salang’s beach was selecting fresh seafood offerings. Everything had been caught just beyond the shores of the marine park’s protected area of Pulau Tioman. I only stayed in Salang for two nights before venturing south on the island.

Join me for part two where I’ll talk about some other places on Palau Tioman. 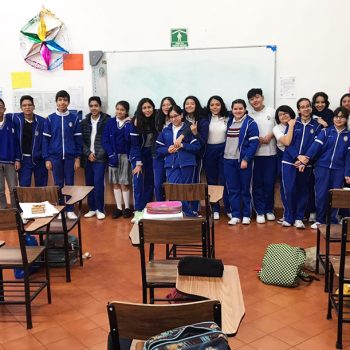 March 19, 2020
by Leesa Truesdell It was a pleasure to catch up with Stephanie Vargas a teacher in Mexico City, for her…
Read More 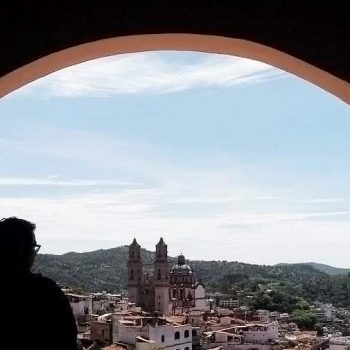 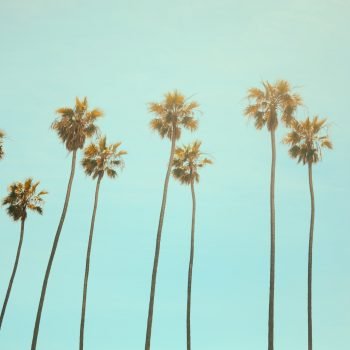 August 10, 2021
Marcos González and I have a lot in common. We’ve made reverse journeys across the Pond. While away from our…
Read More