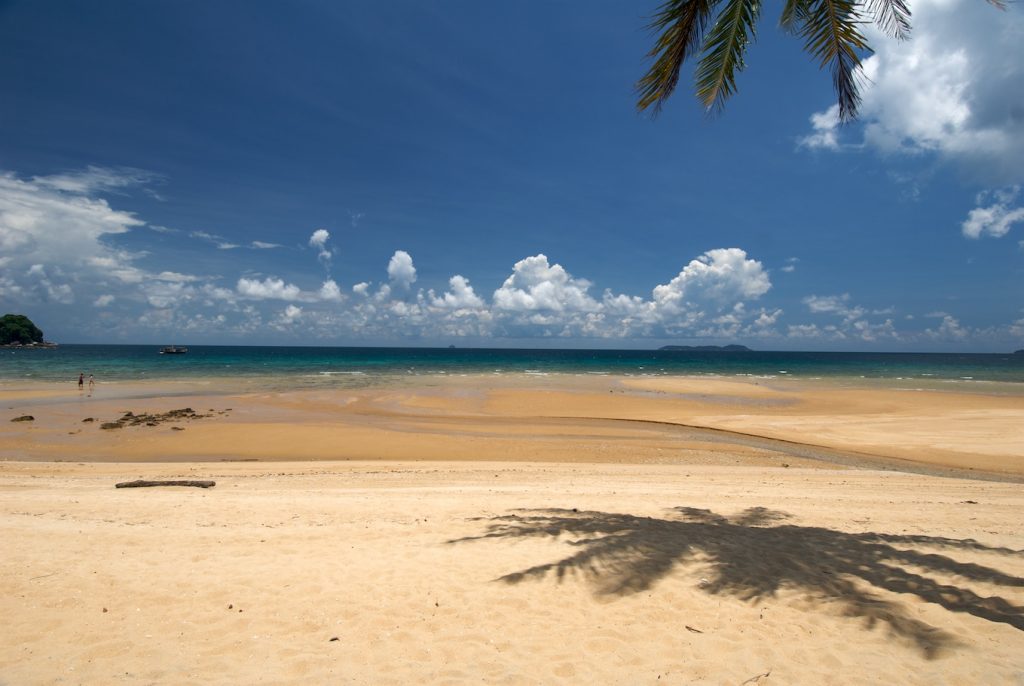 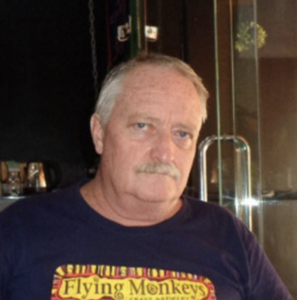 Read about Michael’s arrival to Pulau Tioman in his last article.

After spending a couple of days in Salang, I caught a water taxi a short distance south along the coast to Air Batang, Pulau Toman, Malaysia. I stayed in a bungalow by the shore at Nazri’s. It had a fantastic sea view and sounds of the surf to lull me to sleep at night. I was a 10-minute walk from the Air Batang jetty and a 50-minute walk to the largest village on the island, Kampang Tekek. Like Salang, there were no roads, only pathways. After just a 3-minute walk from my bungalow, I found Ray’s Dive Adventure. Ray’s became my closest depot for beer, sunsets, and star-gazing at night. 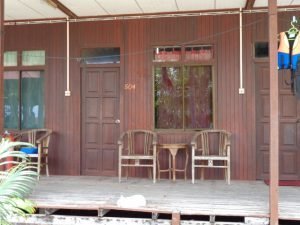 I started suffering from a chronic condition known as IPI (Island Pace Inertia). No matter which island in the world one travels to, that traveler eventually succumbs to IPI. In my case, it took about five minutes for the condition to afflict me.

As I was still on the northwest side of the island, I had come to accept that I wouldn’t have time to see nearly as much of the island as I originally thought. Wanting to explore a bit more, I considered taking a day-trip out of Tekek. I thought about going on a 4-wheel drive tour for a day. As the largest city on the island, Tekek actually does have a road. There’s one leading to the east side of the island. Alas, the tour required a minimum of four passengers, and no one else had signed up. I decided to rent a bicycle instead, and pedal my butt around Air Batang and into Tekek. This turned out to be a great decision. 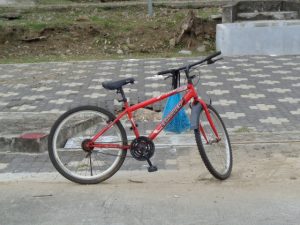 I cycled along the coast and made numerous stops to gaze into the crystal clear water below. I saw plenty of marine life species without donning a mask and snorkel, which thrilled me I managed to rip off a large toenail earlier in the trip and water activities would have only aggravated it.

Tioman seemed to have more cats than people, but for lovers of slightly wilder life, there was a plethora of free-roaming creatures. Countless colourful birds, butterflies, and playful monkeys. Lovers of lizards and things that slither would be in heaven here. Monitor lizards ambled along the pathways everywhere. It seemed like every time I glanced up into the tree branches, I caught a glimpse of a python lazing away.

The Tiong,  a reddish-orange bird with a bright yellow beak and white trim on its wing, has become a symbol of Tioman. So much so, that a large statue of a Tiong is erected in a Tekek park. 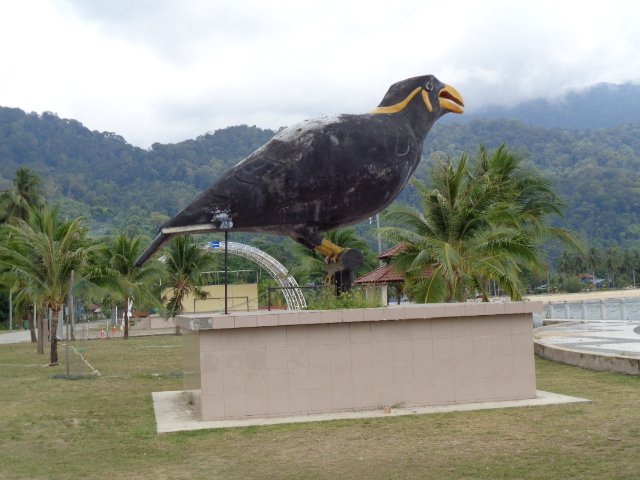 Air Batang was my comfort zone, but I cycled in all directions daily. I happened upon a place near the end of the marine park jetty called Go Deeper. It had a modernistic, yet funky, decor. The food was crap but the beer was ice cold, and the cheapest I had come across on the island. I sort of liked the place and decided to move from my bungalow in Air Batang to Go Deeper for my last night. The lodgings were more expensive than Nazri’s, but they offered me a free bicycle to use and free transportation in a sidecar to the early-morning ferry at the jetty in Tekek, which was four kilometers away. 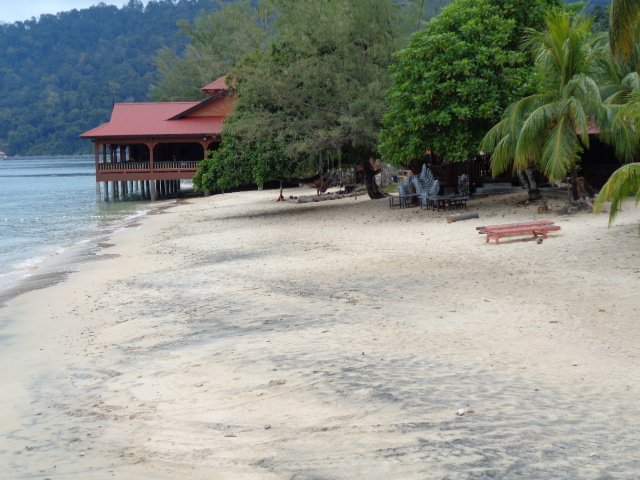 The rooms were refurbished cylindrical-drainage-pipes-turned-hotel-rooms with air-conditioning, plus a private bathroom behind. It seemed ideal for a final night.

I had neglected to bring a travel alarm with me, so I was at the mercy of the Go Deeper staff to wake me up at 6:00am, so I could shower and leave by sidecar to the jetty in time to catch the 7:00am ferry. I had already purchased an open ticket, but still needed to arrive in time to exchange it for a boarding pass. 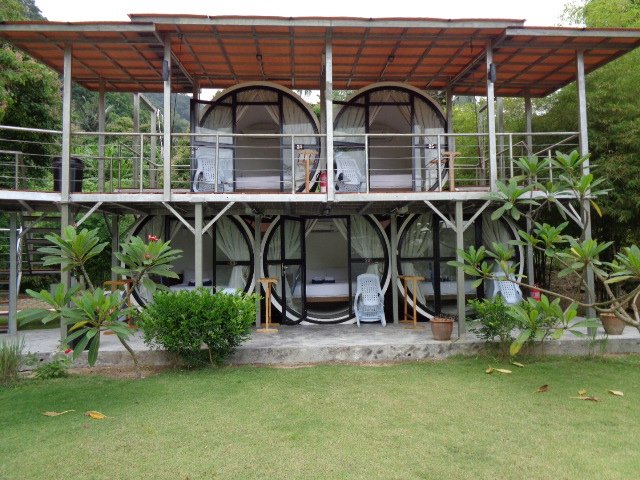 Tioman is a duty-free zone. Notably, I still had one bottle of wine left from my purchase at the Tekek Duty-Free Centre. For my final Tioman night, I cocooned myself into my cozy drainage pipe and liberated the cork from my last bottle of wine. Fond memories of the island flashed back through my mind, but I was afraid to fall asleep. Past experience taught me never to rely on ‘wake-up’ calls or services. 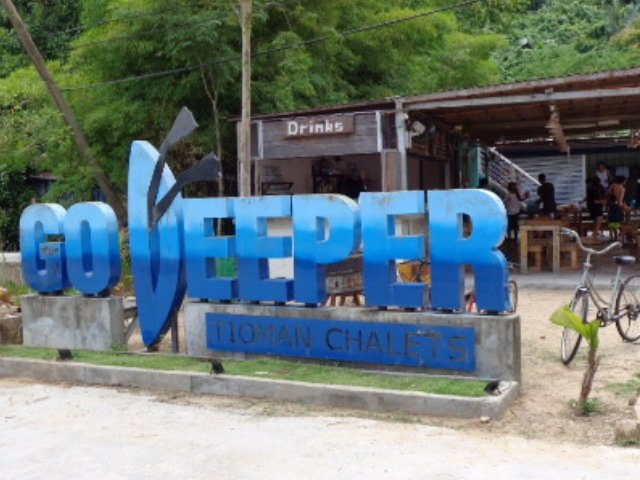 Nonetheless, the wine gods insisted otherwise, and I was lights out before even finishing the bottle.

The call of nature woke me up at some unknown time. After peering outside and seeing black, I had no real idea of the time. It could have been 2:00am or 6:00am. I remembered that the bar/reception area had a large-faced clock, which was easily visible because three sides of the eating area were open-air. I figured it made sense to leave my room and make the 45-second walk to check the time. It was pitch black all around, with a tiny sliver of a moon barely illuminating my path. There was just enough natural starlight to make out the time. Although looking at the clock almost seemed like looking through a pair of eyeglasses made of bubble wrap, I hazily deciphered the time. It was 4:30am. 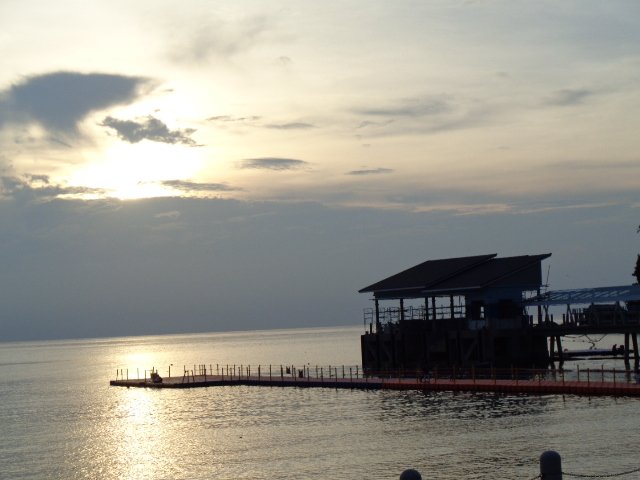 With just an hour-and-a-half left, I felt too afraid to go back to sleep and risk not getting up in time. I still didn’t have faith in receiving the wake-up knock-knock. Besides, I had about a third of a bottle of wine to polish off before departure anyway. Ahhh — I had ninety minutes or so to relax and sip on some coffee. Elysium. 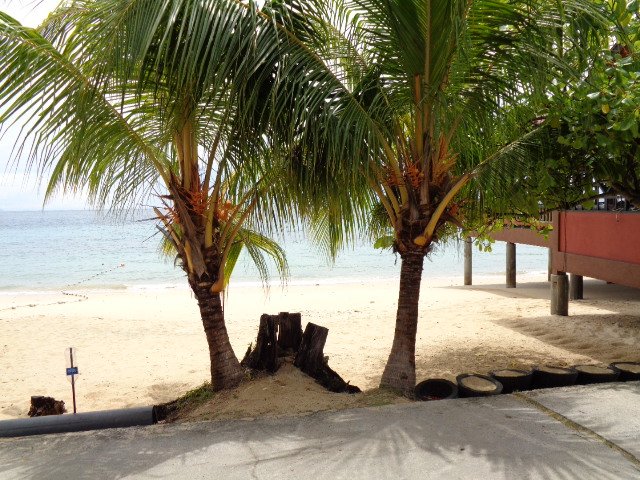 It seemed like only a few minutes — and it was — had gone by when I heard a tap-tap on my glass door. My 6:00am wake-up call had arrived, along with my sidecar driver waiting for me when I was ready. My clock-reading skills must have failed me. More than likely, I had woken up around 5:30 instead of the perceived 4:30.

I forfeited my morning shower in order to finish the wine at a respectable pace and made it to the jetty on time. 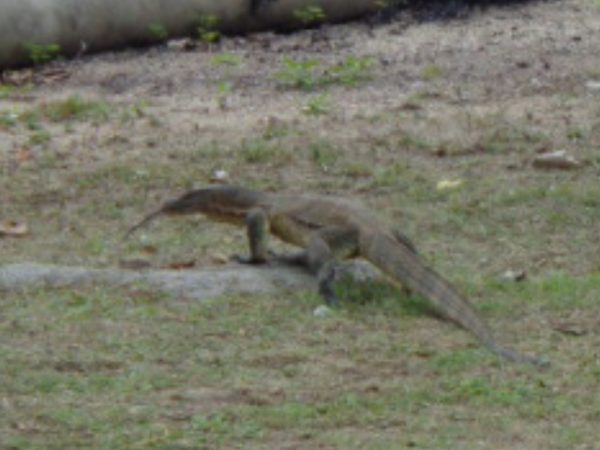 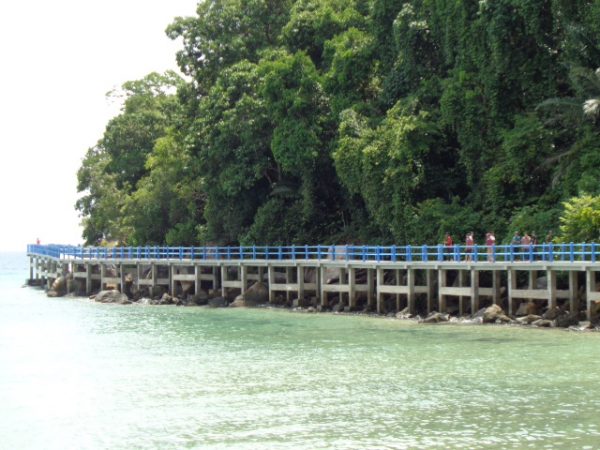 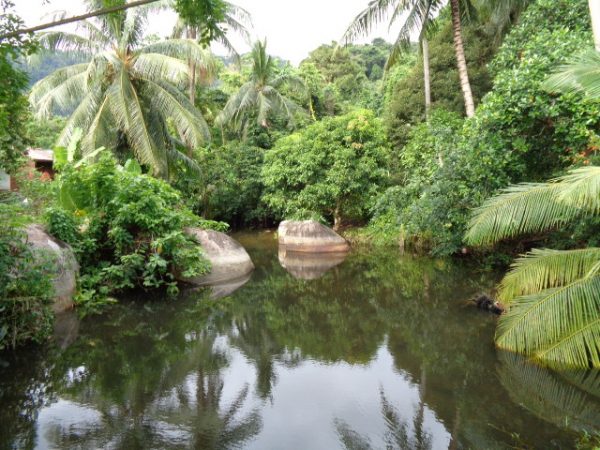 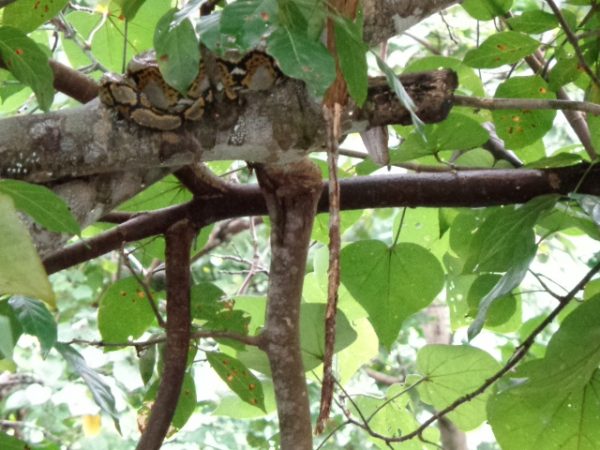 Previous Post
Teaching During a Pandemic: A Teacher Abroad
Next Post
Travelling as a Couple: Ten Essential Tips 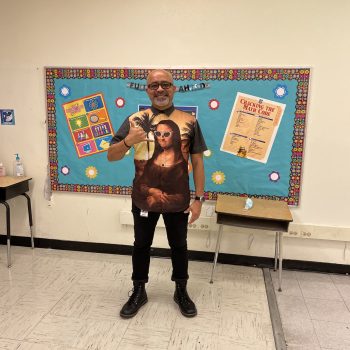 September 9, 2021
José G. Carrasco is a cool teacher. He is the one that all the students in the school look up…
Read More

Touring the Eiffel Tower at Night

January 22, 2019
Catch up on Leesa’s previous travel tale. I had been to Paris one time before my solo birthday trip…
Read More 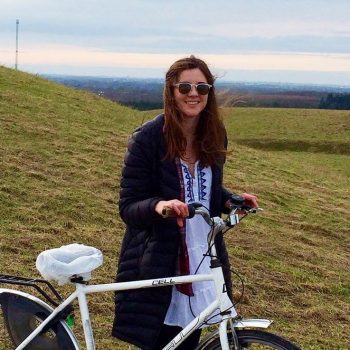