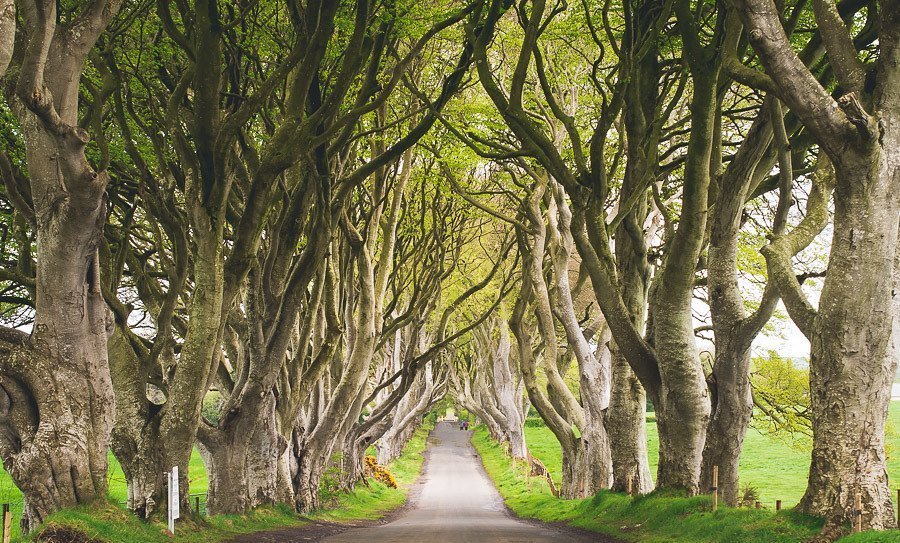 Belfast and Game of Thrones Tour

This is part three of a three-part series. Check out Part One and Part Two.

We had spent the last five days getting to know Scotland very well. I can’t say I had been disappointed. Between Edinburgh and Glasgow, we had been enjoying delicious beer and whiskey, savory food, and, above all, beautiful sights. Now, it was time to head across the Irish Sea to Northern Ireland and see what it had to offer.

Day 6 – Getting to Know Belfast

Our quick, hour-long flight on flybe brought us into Belfast early Thursday morning. We piled into an Uber and set off for our accommodation, Global Village Hostel. The ride was a quick twenty minutes into town (remember this for later in the story). It was way too early for us to check in, so we dropped our bags off at the reception desk and hung out in the common room for a bit to charge our phones and organize our day. I had booked us a walking tour of the city at 11:00 AM, and we slowly but surely made our way to the meeting point in front of Belfast City Hall.

The tour started off talking about the city’s importance in the shipbuilding industry in the late 19th and early 20th centuries, which included the fabrication of the world-famous Titanic. We were shown a memorial dedicated to its unfortunate sinking before delving into a more serious discussion that still scars the city to this day: the IRA conflicts. I knew of these conflicts beforehand and how bloody they were, but the tour opened my eyes to just how bad it really was. We were brought in front of Hotel Europa, the world’s most bombed hotel. The stories our guide told us were unfathomable. He explained that for a long period of the time, all the windows in the hotel were boarded up because it was too expensive to keep replacing them every time a bomb detonated in front of the building.

What’s crazier is what he showed us next to the hotel. Across the alley was an old opera house built in the 1800s. One day, a bomb went off right next to the building and tore a massive hole in the side of it. The opera house was going to be torn down due to the damage, but thankfully it received funding for reparations. Because the building was so old, the newer bricks they used to repair it did not match the original ones. Therefore, you could see an actual scar in the building of what was destroyed. It made the altercation that much more realistic.

We continued walking around the city and discussing the conflict. At some points, our guide had to speak quietly in order to not attract the attention of the locals. Some people were still very passionate about the whole ordeal and gave us some questionable glances. Our guide told us that he was once attacked by a passerby for discussing his viewpoint with the group. Usually the tours I go on talk about sensitive issues that occurred centuries ago. This was the first time I had experienced something so controversial that happened within the average person’s lifetime.

Lunch and Checking Out the Peace Walls

After the tour, we headed to a restaurant recommended to us by the guide called The Morning Star. I must say: I had some of the best mussels I’ve ever tried while there. I had no clue that Belfast was famous for its seafood. Although, I guess it makes sense, since it’s located near the sea. Not only did I scarf down the mussels, I even drank the broth they were in, not caring about the looks my friends were giving me. I wasn’t ashamed. It was just that good.

After lunch, we hopped in an Uber and headed for the peace walls. I was completely blown away by the sight of concrete walls separating neighborhoods. On one side, you could see houses hanging Union Jack flags, and on others, you could see the Irish flag flailing in the wind. Although the violence was over, you could still feel the tension in the air. The peace walls were all decorated in graffiti with messages displayed on them. It was easy to differentiate which neighborhood you were in by what the messages were. Some graffiti symbolized rebellion, which meant you were in a Catholic neighborhood; graffiti that supported the UK meant you were in a Protestant neighborhood. There were deeper messages as well with each group, but I recommend visiting to learn more about them yourselves.

I woke up Friday extremely excited to go on the tour I had been most anticipating: the Game of Thrones tour. As a huge fan of the show, I couldn’t wait to see the many filming locations that occurred in Northern Ireland. A van picked us up at our hostel and drove us to our tour bus. Then we set off north. Our first stop was Carnlough, where Arya surfaced after being stabbed in Braavos and jumped into the canal. Afterwards, we headed to the Cushendun Caves, where Melisandre gave birth to the mysterious shadow creature. The guide showed us scenes before arriving at each filming location to refresh our memories and really get that feeling that we were actually in the show.

We then headed into a town called Ballintoy to grab lunch at a Game of Thrones themed restaurant. Still fawning over the mussels I had eaten the day before, I ordered clam chowder and washed it down with a Northbound IPA. I still couldn’t believe how great the seafood was in Northern Ireland. After our stomachs were filled, we made our way to the Carrick-a-Rede rope bridge. This bridge was where Balon Greyjoy was murdered by his brother, Euron. Also, in the surrounding countryside of the area, many seemingly miscellaneous scenes were filmed such as Renly Baratheon’s war camp at the beginning of the series. After crossing the rickety bridge and admiring the views of the coastal cliffs, we all boarded the bus again and headed for the Giant’s Causeway.

Although Giant’s Causeway wasn’t in Game of Thrones, it was still a really neat natural phenomena to visit. The site was made up of hexagonal rock formations created millions of years ago by an erupting volcano whose lava quickly cooled when it flowed into the sea. It honestly looked fake; it seemed like an architect had built the entire area. I had so much fun scaling the rocks and admiring the view of the adjacent cliffs and mountains. It’s definitely an attraction I recommend checking out. 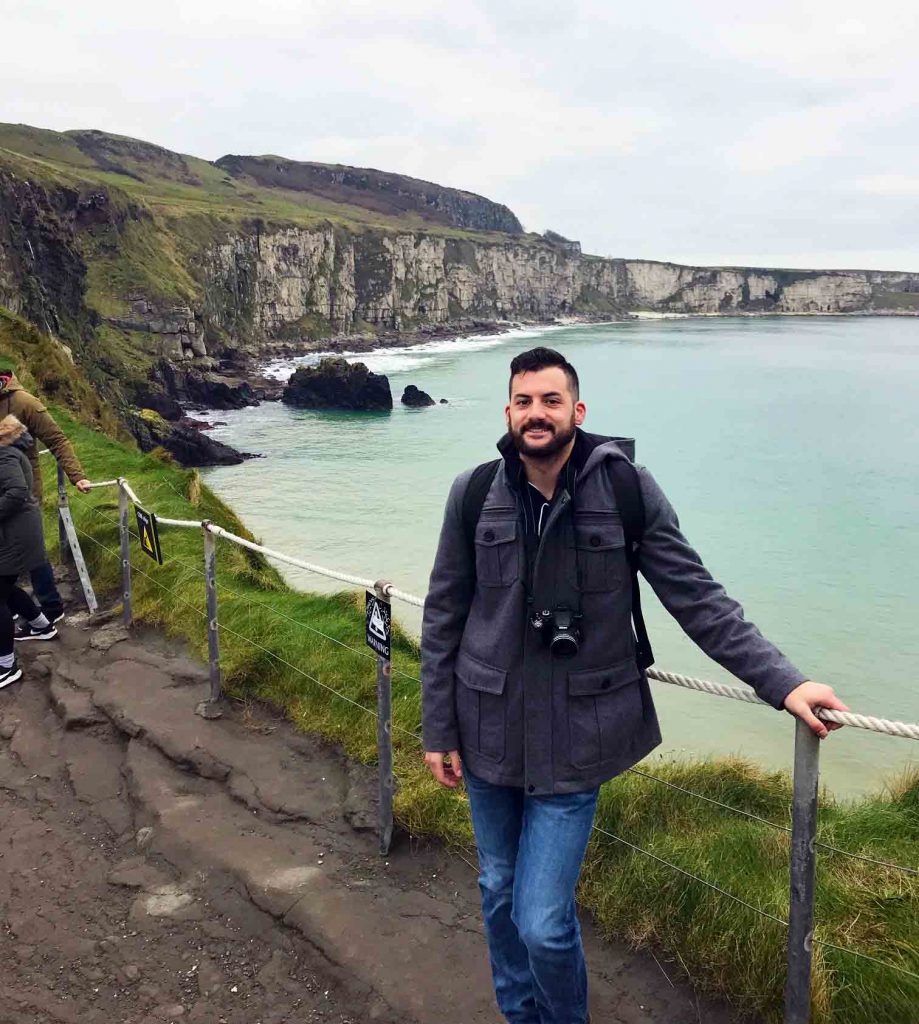 Dark Hedges from the Game of Thrones

To end the Game of Thrones tour, we ventured deep into Northern Ireland’s countryside to take a look at the Dark Hedges. This is where Arya escaped King’s Landing with Gendry early in the series. The way the tree’s branches hovered over the road was hauntingly beautiful. It made up for the strong odor of cow manure that filled my nostrils. Gotta love farm life, especially on a Game of Thrones tour. If you’re ever in Northern Ireland and you’re a big fan, I highly recommend going on this Game of Thrones tour by Irish Tour Tickets.

Day 8 – Traveling Back to Edinburgh

Looking back, the panicked look on my face was probably priceless. But at the time, I was about to have a panic attack. Luckily, the Uber driver was cool with driving us to the right airport (I mean, he was getting more money after all). Nonetheless, for a moment, I thought for sure we would be stuck in Northern Ireland. Although, looking back, that wouldn’t have been terrible.

We Were Very Lucky

Luckily, we made our flight with twenty minutes to spare even with Andres having to go through security three times for not packing his liquids properly. Oddly enough, we were the first people on the plane. Can’t explain that one.

Back in Edinburgh, we again checked into Edinburgh Backpackers Hostel. Unfortunately, we weren’t upgraded this time, so we had to stay in a fourteen-bed suite. We ended up relaxing in our beds for most of the day to catch up on rest. The last few days were pretty hectic and had us on our feet. I really wanted to try the Dark Side Tour of Edinburgh since we missed it the first time around, but we were all too tired to leave the hostel again. Missing that tour was the biggest upset of the trip, but if that’s the worst thing to happen, I’ll take it.

With our flight in the afternoon, we all woke up early to do some last-minute souvenir shopping and admire the city one last time. I bought myself a cool sweatshirt and some cool magnets for my family. I was very tempted to buy myself a kilt, but realized I probably wouldn’t look that good in one. Plus, I don’t think I could have fit it in my suitcase.

Since my last big trip had been by myself, I was really fortunate to experience a new destination with very close friends. We all had a blast and created some more unforgettable memories. Scotland and Northern Ireland are two very beautiful countries with so much to offer. There’s so much to learn and explore. What’s more, is that the locals are more than generous. We never once had a bad experience. I hope you enjoyed reading this series and have added these two countries on your list of places to visit. You won’t be disappointed in the least. 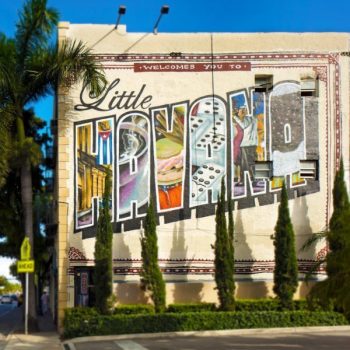 September 6, 2018
by Stephanie Best UN headquarters in Geneva, Switzerland “There’s so much that we share, that it’s time we’re aware, it’s…
Read More 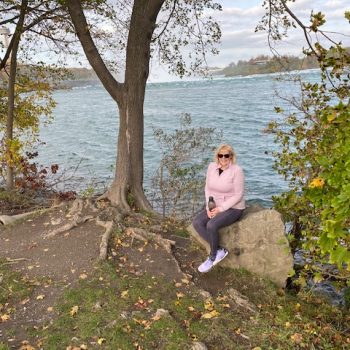 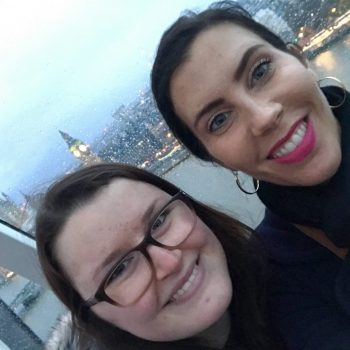 November 26, 2017
This photo is one of my favorite memories from traveling because after this trip across the Strait of Gibraltar, I…
Read More