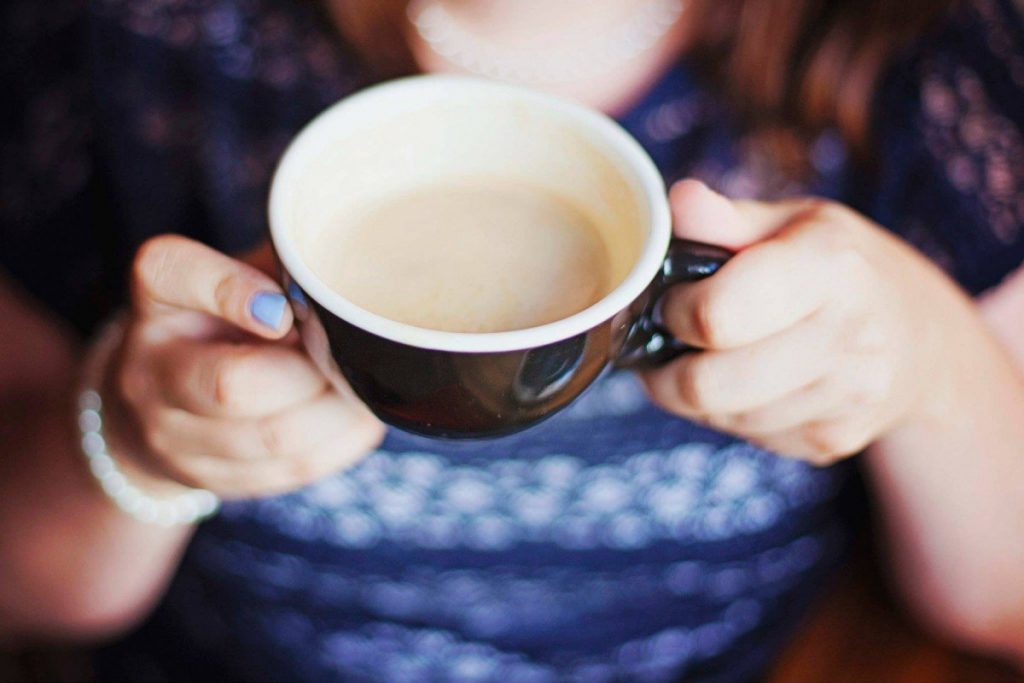 What is the defining feature of a Madrid café? Trick question, they charm their admirers with their personality instead of their looks. Maybe it’s something about their facade, say a tranquil terrace or cozy work space, that draws people in for their initial cup. However, it’s the ambiance that drives people to sneak little visits in between obligations and stick around all afternoon.

Prior to living in Madrid, I knew that cafés would be a big part of my life. As a former university barista, cafés have always been a usual haunt of mine. Whether visiting the best café in town while traveling for my internship or finding an escape in Midtown Scholar’s labyrinth of books with an iced latte in hand, there’s a good chance I’m hiding in a café somewhere. Sometimes the campus squeezed my spirit just a little too tight after returning from my study abroad. That was when a visit was necessary.

Midtown Scholar was one of many little coffee gems in Harrisburg. Harrisburg is a small city half an hour outside my university. The city originally never captured my interest, that is, until the coffee cart for which I worked started roasting beans from its crown jewel, Little Amps. Now, when I  think about driving my little grey Ford Focus over the Susquehanna toward an afternoon at the coffee shops, it fills me with nostalgia. 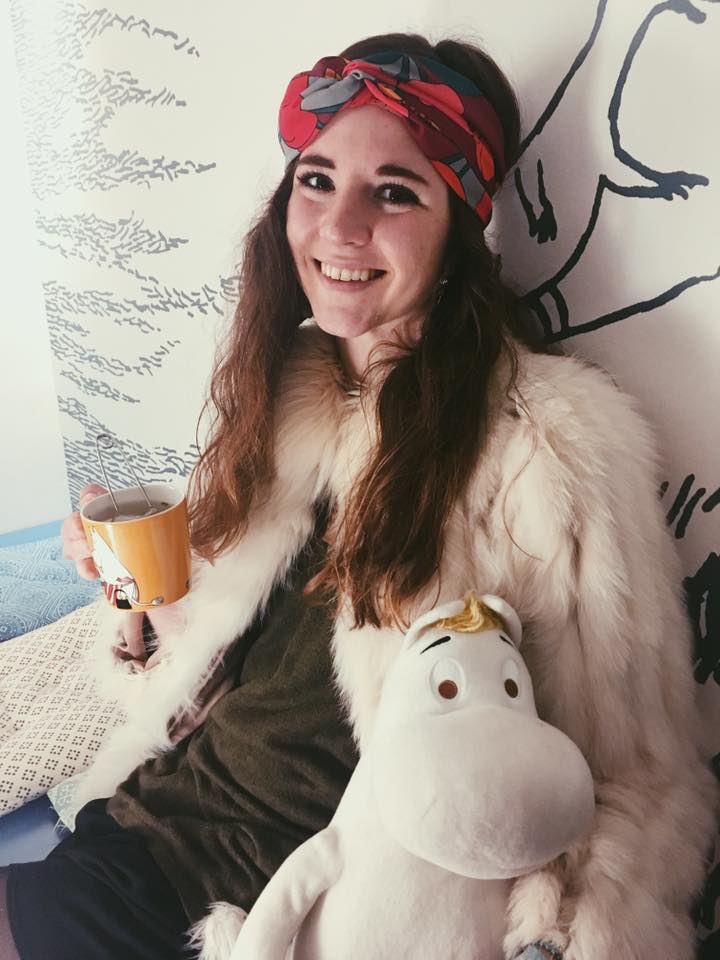 My café travelings easily adapted to my life in Spain. After finding lodging and transport while traveling, my next question is always, “What is the best coffee shop in this city?” I will then dedicate a day to appreciating it as I would the Harrisburg classic: writing in my journal with an Americano by my side, as I listen for songs to add to my trip playlist. I have my fun elsewhere, of course, but the centerpiece each city offers for me is its café experience.

Yet, I never could have guessed that cafés would be so vital to my desire to make Madrid my home, rather than just another stop on the road. Madrid’s cafés are similar enough to those I was attached to in Harrisburg. This is especially so as specialty coffee from around the world has become more widespread. Think twice before calling them all carbon-copy hipster clones, however. There is a unique spirit to each Madrid café that I have not found anywhere else I’ve enjoyed a coffee.

While the traditional Madrid café will have familiar individual tables for visitors to hold court with their friends, there is also openness in how it’s laid out. There are some patterns: a large table for people to set up with their laptops for the day, a set of stools, or, as is the case in places like Hola Coffee, a staircase sprinkled with books and plants. In a twist on the cliché European outdoor seating that we all crave as the sun strikes down with spring’s coming, Master’s café (my favorite of the moment), has designed a central outdoor terrace decorated with old children’s toys and indoor furniture adapted for this brick-walled wonderland.

Maybe these borderless spaces were first designed for the benefit of the worker, who comes to the café laptop in hand, ready to accomplish. I’ve certainly grown to work best at cafés since moving to Madrid. As a side effect of these open spaces, conversation flows when individuals are brought together by the convenience of space. Many of these workers aren’t so engulfed in their projects that they can’t share a conversation; it’s something that feels more normal in Spain’s outdoor social jungle than the United States’ habit of sticking to what — and who — you know.

On days that I’ve entered a café with a long “Mission List,” I’ve had meaningful moments with strangers. Interactions can range from smirks with the man next to me about the barista’s political conversation, to a lasting friendship that started when I asked a girl if her chapstick was Burt’s Bees.

The social scene: that is what truly prevents any Madrid café from being identical to another. I got hints of this on my first-ever walk around the city after arriving. The owner of a bookshop offered me a bit of the green tea she had just made, just because she felt like sharing it. It was such a surprise to me that I texted my family about it, wondering what made me so special. 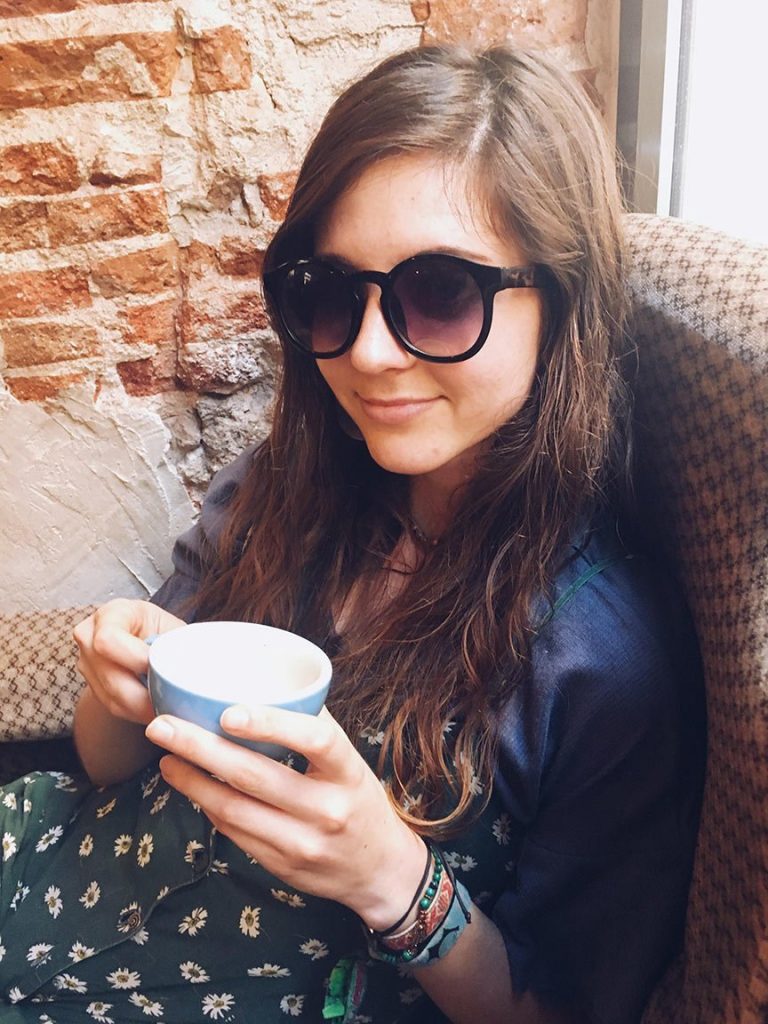 Nothing, it turns out, but that was fine. This is simply what happens at Madrid cafés. Smiles alone are not a satisfactory enough welcome to newcomers; you wouldn’t greet your flatmate like that, would you? With repeated visits, however, the relationships formed at the café can grow into something greater.

Home Away From Home

Take my first Madrid stomping grounds, La Bicicleta. I was initially drawn in by the bike theme and enchanted by the lemon-infused cold brew. However, what got me back four times during my first week alone was their head chef. Among many a café where someone had started a conversation with me, his hangover cures and dos besos advice stood out. Eventually, Bici became a second home as I felt comfortable staying for hours on end multiple days in a row. I’d be greeted with an excited “ELLENNNNN” by baristas on staff. Waitresses simply asked “americano or ginger tea” once they had memorized my favorites. Sometimes, I’d be given a free coffee in exchange for letting a barista play my ukulele for the entire café. Amidst a few massive moves across Madrid over the past two years, Bici has remained consistent.

The Future of Cafés

Lately, I’ve been a little fearful as I’ve seen entire sections of cafés reserved for brunchers. The laptop crew has been relegated to certain corners in a few cafés that have part of my heart. I worry they will eventually become as regimented as the American ones. Although I still love them, they do not come with side dishes of warmth and friendship. Although I enjoy avocado as much as the next millennial, if these brunch specials mean having to sacrifice long afternoons laughing with spontaneously-made friends, I will pass, please and thank you. I like cooking enough to make some bomb egg dishes in my own apartment.

For now, I will always make time in my week for some café time. I am armed with anything that will help me enjoy a radically balanced life. I’m grateful for the confidence those early café-hopping days have given me. I’m the one smiling at strangers now. It’s helped me to pay forward the kindness that let Madrid capture my heart. 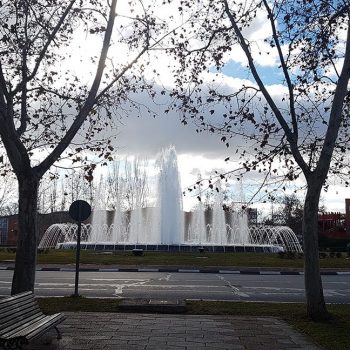 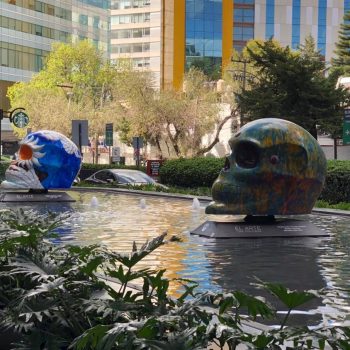 November 5, 2020
By Stephanie Vargas Last year I wrote how the celebration of Día de Muertos has changed from having small ofrendas…
Read More 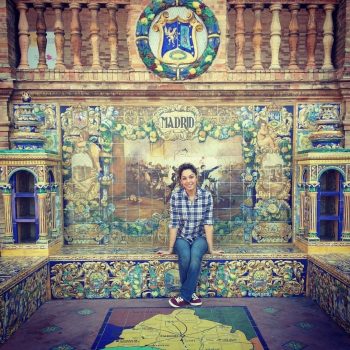 September 3, 2017
by Bebe Bakhtiar So, you want to know a little about me? Well, let’s get straight to it: If you…
Read More