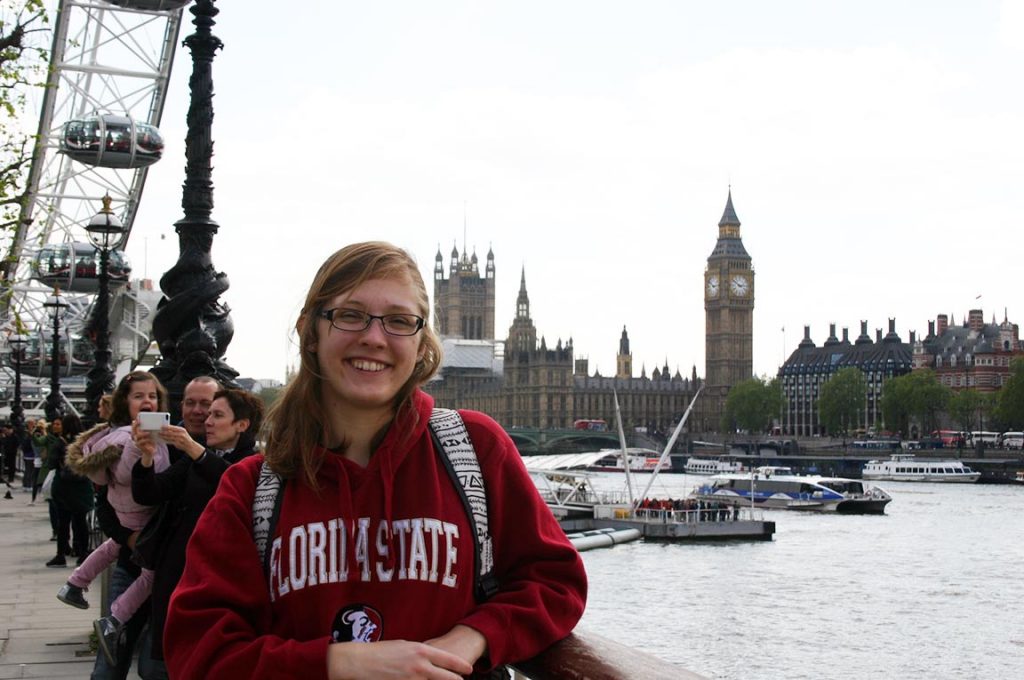 Getting Lost in London While Abroad

It was a matter of bladders that led to us getting lost in London. Dounia and I hadn’t gone to the bathroom since the plane. It became too much to bear. While the other members of our group tried to figure out our location, how we got there, and how to get back, I decided I felt fed up with their lack of direction. I decided to take matters into my own hands.

After being met with the first public restroom that we had ever had to pay for, we emerged back into the rare British sunlight, noticing that the rest of the group had decided on a route and left. We were on our own. It was around 3:00, and we were supposed to be back by 4:00. We had plenty of time to get back (or so we thought). Wandering over to the Waterloo IMAX, we eventually found a station. We took a northern-bound line up to Euston, north of our hotel. It should have been a quick jog south, and we would have been there with time to spare. Instead, we wandered south for at least an hour before I finally admitted some defeat – I got us lost. 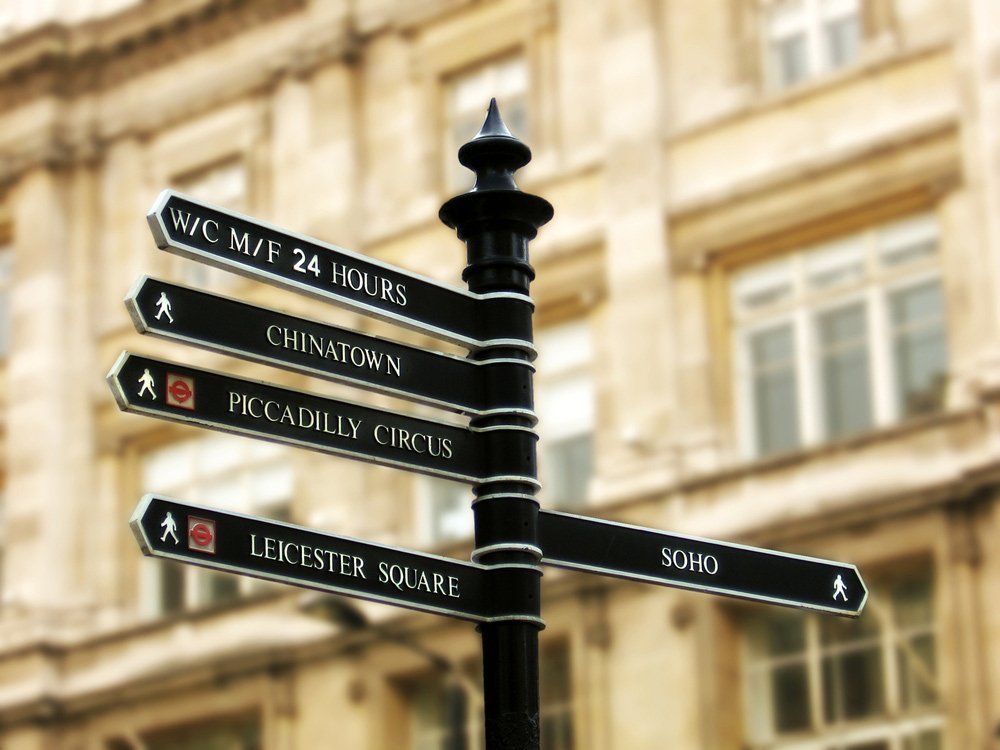 For some ungodly reason, I, being the traditional Floridian that I am, wore flip-flops to the airport, and was now stuck wandering around, lost in London, with no map and an ever-thinning pair of flip-flops. Every time my foot hit the pavement I could feel a small bit of the cheap foam from the $5 flip flops I had picked up from some Payless Shoe Store compress ever so slightly as they slapped the ground. I might as well have been barefoot.

Where’s A Map When We Need One

The only map we had were small snapshots that London (ever so helpfully) had posted on street corners of major roads. This, of course, was no help because our hotel was on a small side street. We couldn’t use our phones for a GPS this early in the trip – each of us only had about 100 MB of data that we could use within the next 30 days. We were deep within London – so deep that tourist stalls were replaced with residential apartments, local parks, and offices.

There wasn’t even a map to buy (even if there were, I would have been damned before purchasing something as insignificant as a map). Several helpful Londonites passed us by, heard us arguing, and tried to help, but all we could offer them was that tiny, insignificant side street. We had no idea which neighborhood we were in or the closest major road. 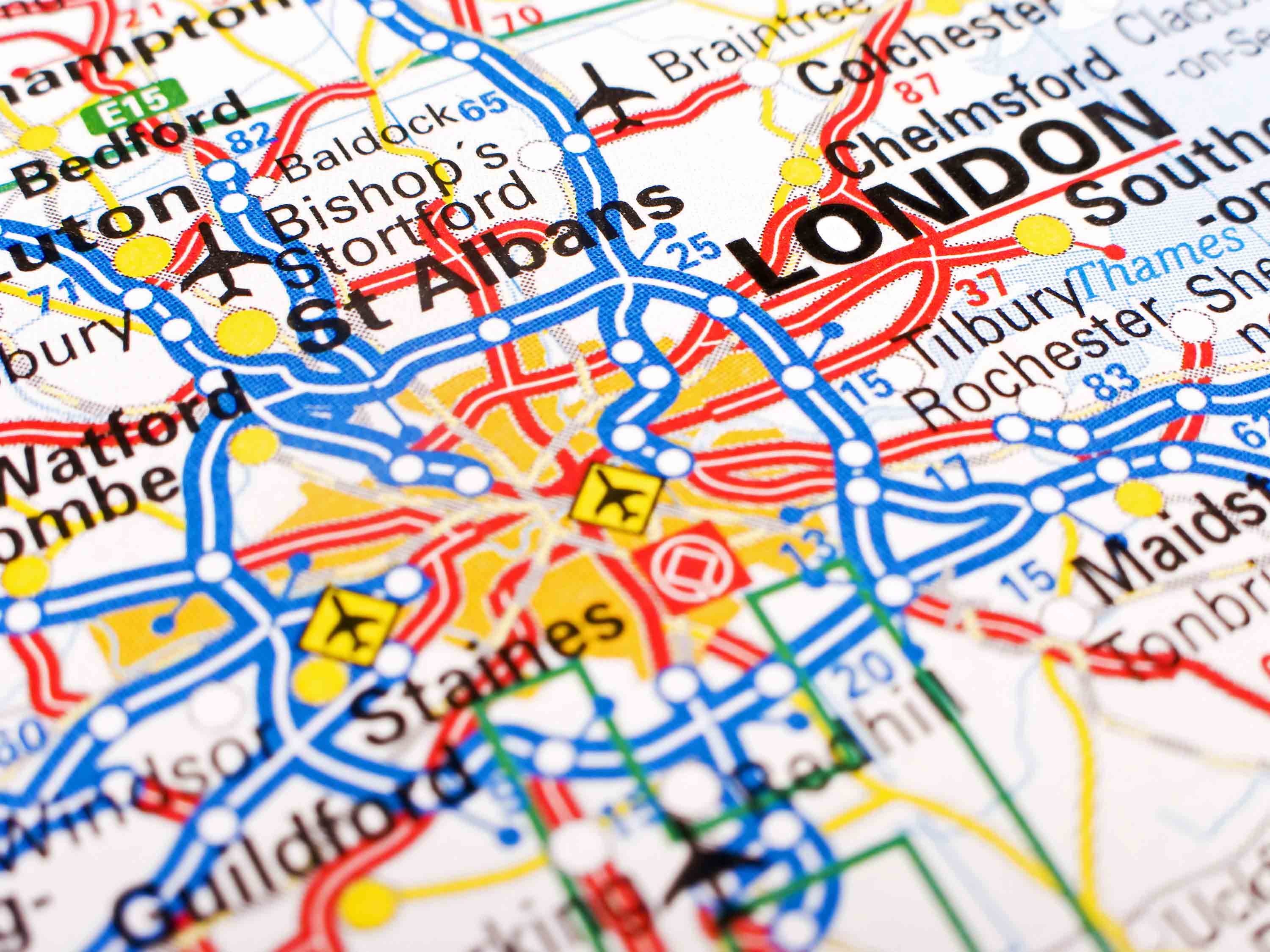 Finally, Dounia had had enough of me. She bolted ahead and ran into a building, which turned out to be a hotel. She emerged with a free map. We had wandered from northwest of our hotel, in Euston, all the way down to Liverpool – southeast of our hotel. By the time we finally got back it was 4:40. We were 40 minutes late, much to Dounia’s dismay (Dounia is the queen of punctuality and has never once been 40 minutes late to anything. Growing up in my family, however, we considered arriving 30 minutes late to an event almost “on time”).

(Un)Fortunately, there was another girl who was even more lost than us. She was all alone and still hadn’t come back, so we weren’t the only ones holding the entire group up. Nikos gave us our hotel room’s keys and then set off to find her.

Rachel, our roommate, was a bubbly girl from Texas, and a wonderful talker. This came as a relief to introverted Dounia and me, as we both struggle with small talk. She was the kind of person anybody could be friends with. 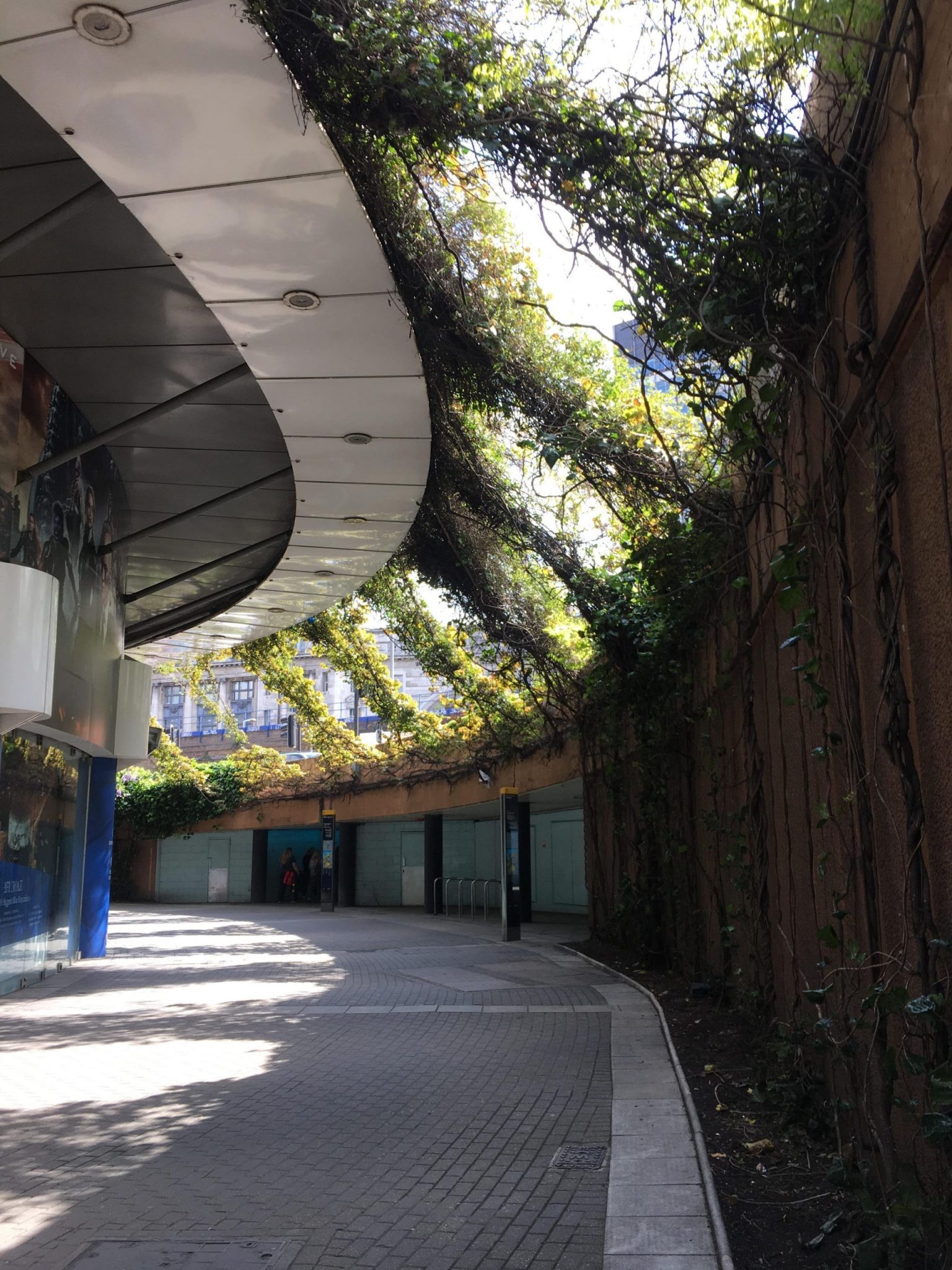 Nikos summoned the group once he found the other girl (her name was Yennifer). We were all (finally) issued maps, loaded subway tickets, and a ticket for our free dinner and a drink. Nikos told us to find our “exit buddy” (your roommates) and took us to Piccadilly Circus and the Covent Gardens. I remember neither of these locations and cannot tell you what either looked like — I was that exhausted.

Trying Ale For the First Time

We ended the evening in the rented-out upstairs portion of some local bar. We received a free dinner (again, I have no idea what I ate), and I tried my first alcoholic drink. My parents often ordered craft beers, so I thought they must have been onto something. I ordered a local ale, which left a lasting impression. It was disgusting. Later I wrote in my travel journal that, “a shiver went down my spine every time I took a sip, and I only got through half of it. I guzzled Dounia’s chardonnay to wash out the flavor of the ale.” There’s about a page dedicated in my journal about how gross the ale was.

I sat next to Bill, one of two guys on the trip. Bill was not good at small talk, which made for a rather quiet corner as each of us wished to be over on the louder end of the table. Eventually, we’d all grow to become good friends, all thanks to the help of the many extroverted friends we were soon to make. 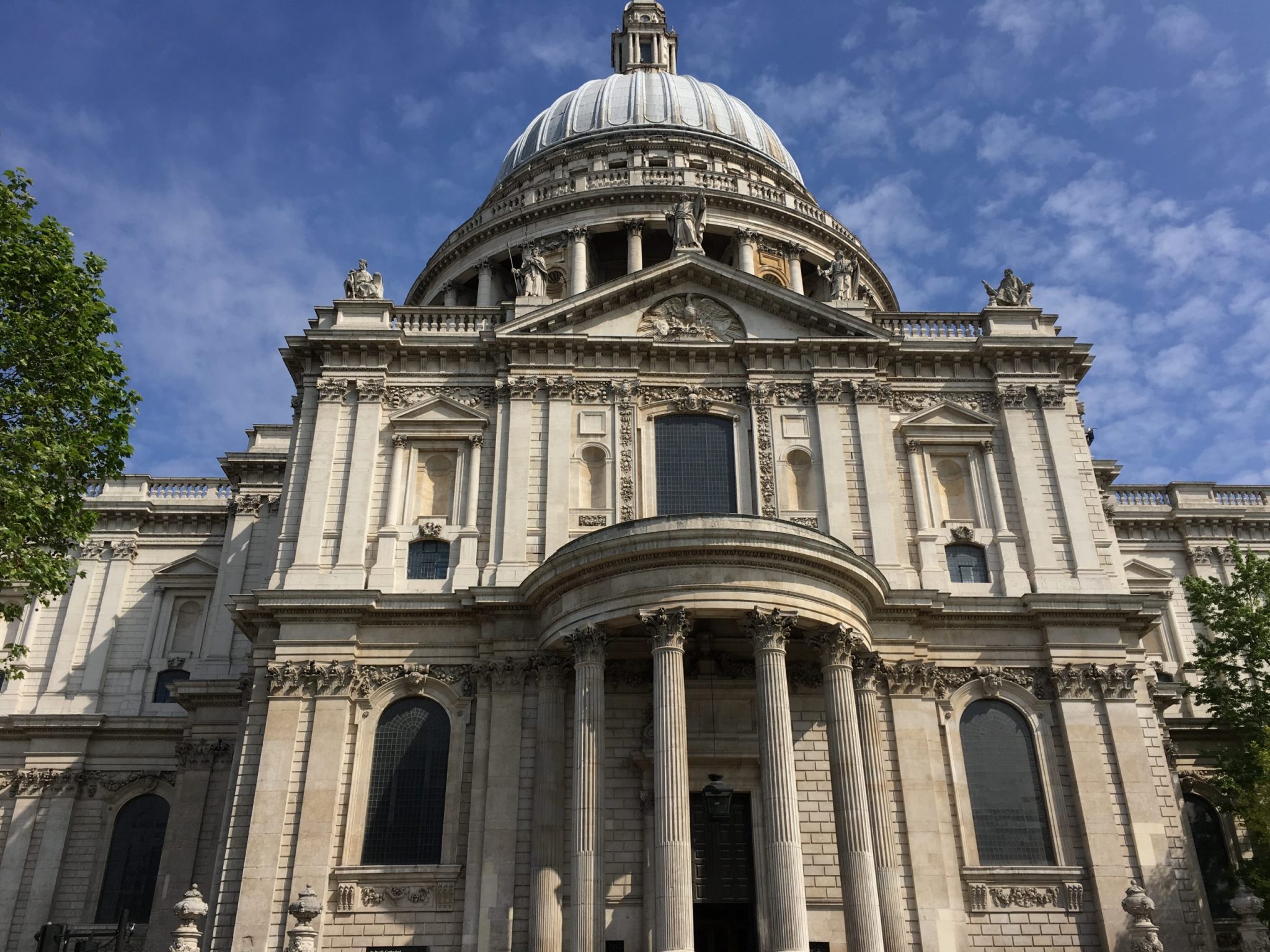 This night would later teach me a really important lesson. I had already dismissed several members of our group as people I probably wouldn’t like for ‘X’ reason. By the end of the trip, I cried because I was going to miss them all so much. After getting to know everyone, it genuinely surprised me how wrong I had been about my first impression. I had also made a mistake in where I thought I would fit in with the group.

After finishing dinner, we all followed Nikos back to the hotel (even though we were all free to explore the city more) like lost, exhausted puppies. When we got to the room, I lost the rock, paper, scissors match with Dounia, and wound up sleeping on the pull-out couch. I can’t tell you what might have happened later that night. I showered and had passed out before I had even had time to pull the blankets up. Dounia later told me that I started snoring about two minutes later, much to the amusement/chagrin of she and Rachel. A pull-out couch was never as comfortable as it was that first night.

In my next post, I’ll talk about my trip to Oxford, the adventure to find an apple martini, and our train out of London to Paris. 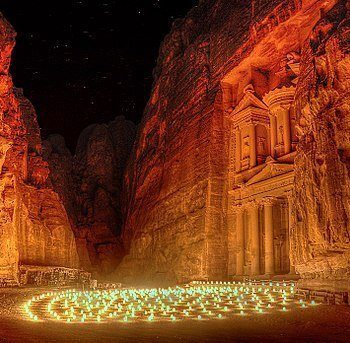 A New Perspective to Traveling 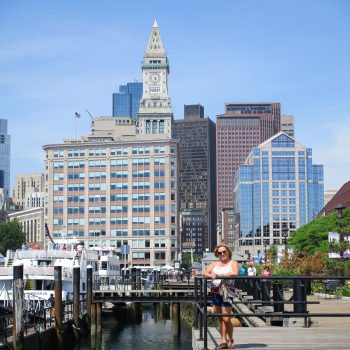 Massachusetts’ Capital: Things to Do in Boston

November 3, 2020
By Edmond Gagnon If you are reading this, you’re probably bored and afflicted with the same disease that I’ve had…
Read More 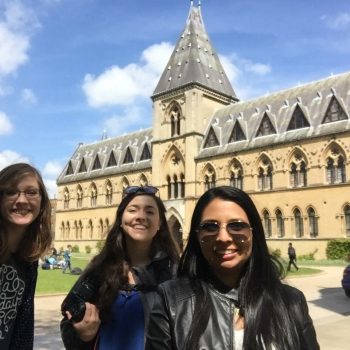 April 21, 2018
An English Blur by Cassidy Kearney If you haven’t read my second installment take a quick peek at Getting Lost…
Read More