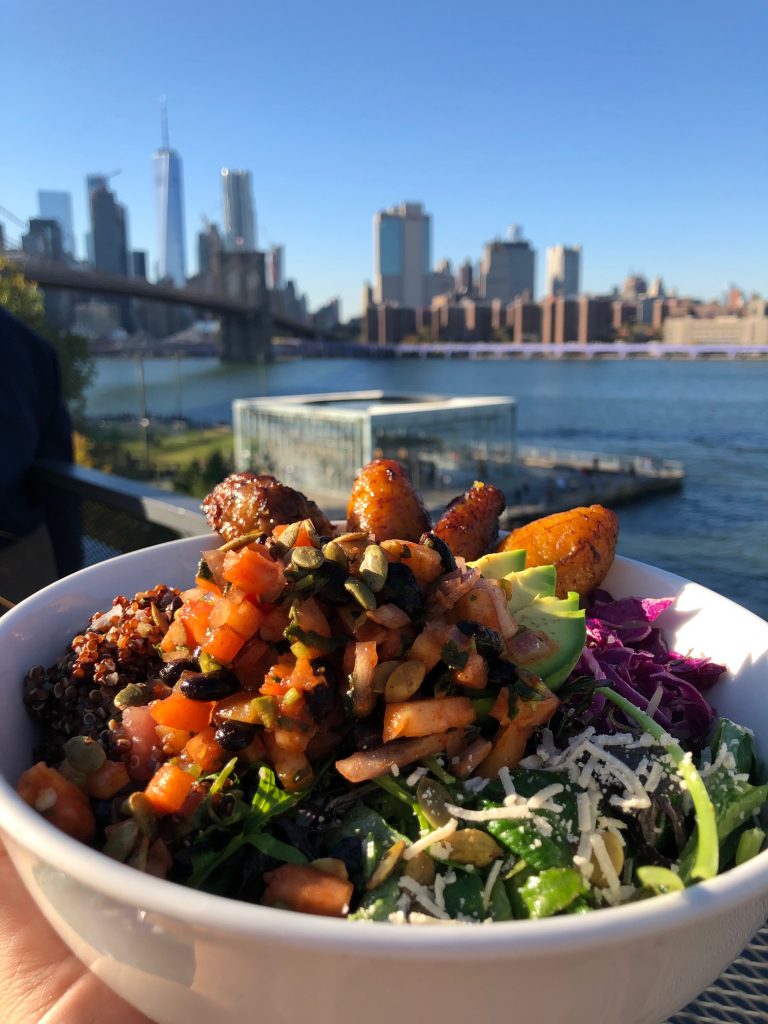 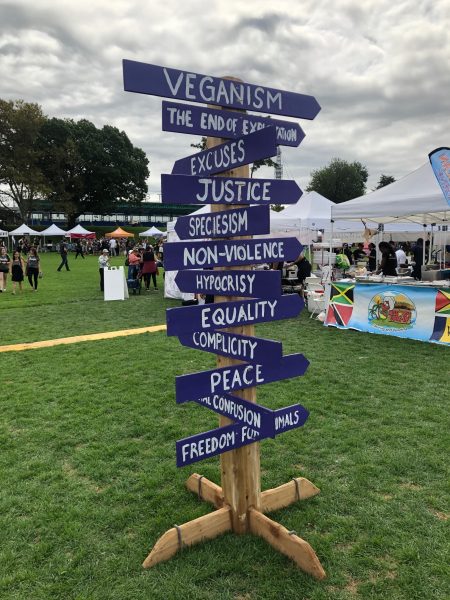 Moshe, also known as The Top Ten Traveler, traveled for the first time to Paris at the age of ten. His passion has always been about travel but at that age, he wasn’t aware that he would later find another passion in life — veganism. Born in Israel, Moshe explains why his home country has become a firm favorite as a vegan travel destination. Moshe has been living a happy vegan lifestyle with his partner, another follower of a plant-based diet, in Brooklyn.

Moshe’s fondness for vegan travel involves planning trips abroad that include choosing which plant-based restaurants are on the itinerary. He enjoys mapping out his trip according to the exciting places to eat out. Madrid’s varied vegan eateries are one of the examples he shared. In between meals, he fitted in seeing the sights of the Spanish capital. It’s a pleasure to introduce Moshe Huberman.

How old were you when you became a vegan?

I became a vegan about three-and-a-half years ago at the age of 34.

Why did you make the switch?

All my life I was a carnist, and enjoyed eating everything and anything. Even when my partner turned vegan, I continued eating whatever I wanted. We had both vegan products and non-vegan products at home until one day I saw a short movie. This talked about how milk is so bad for our body and that was my trigger. We already had all the vegan stuff (cheese, milk, and meat alternatives) so I decided to go for it. Just like that, on one summer day, I cut out all animal products and switched to veganism. 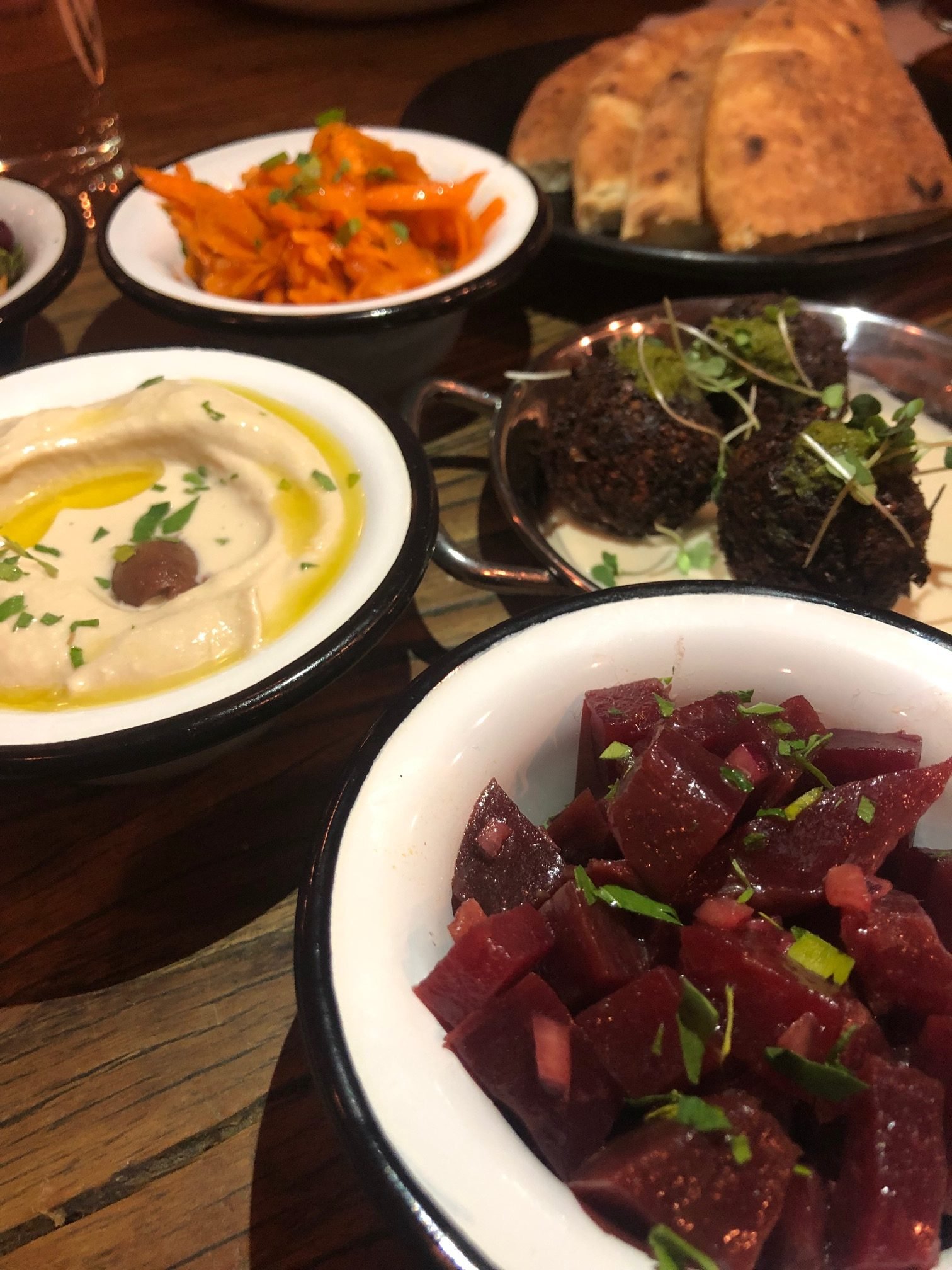 When did you become aware of veganism?

In 2014 a vegan activist was on the Israeli Big Brother show. Tal Gilboa talked about animal cruelty and the meat/dairy industry for the first time on prime time in Israel. Eventually, she won, and that made this topic become even more popular. I was touched by that, but at that point in time, it didn’t make me change my lifestyle.

A few years later, while living in New York, we met up with old friends who had also moved to the city. When they invited us over for dinner, we realized they were new vegans and that was a major part of what we talked about that night. They raised many legitimate arguments in favor of veganism. Unfortunately, I pushed them all away, as most people do when they first engage in such conversation. A few months after I made the switch for health reasons. Nonetheless, I believe that the only reason I am still vegan today is feeling compassion for animals.

When did you first hear about Veganuary? What role does it play in increasing the popularity of veganism?

When I turned vegan, I didn’t know that there are so many trends that promote veganism, such as Meatless Monday, Veganuary, Challenge 22, and many more. For people who struggle to make the switch, I think it is an amazing community to join. This is especially the case for community support, which is so important. During these challenges, people learn about all the vegan products that exist out in the world, how to cook vegan at home, the best vegan travel destinations, and which restaurants in their area offer vegan food. However, in order to make it last for a long time, it must come from within you, from the heart. 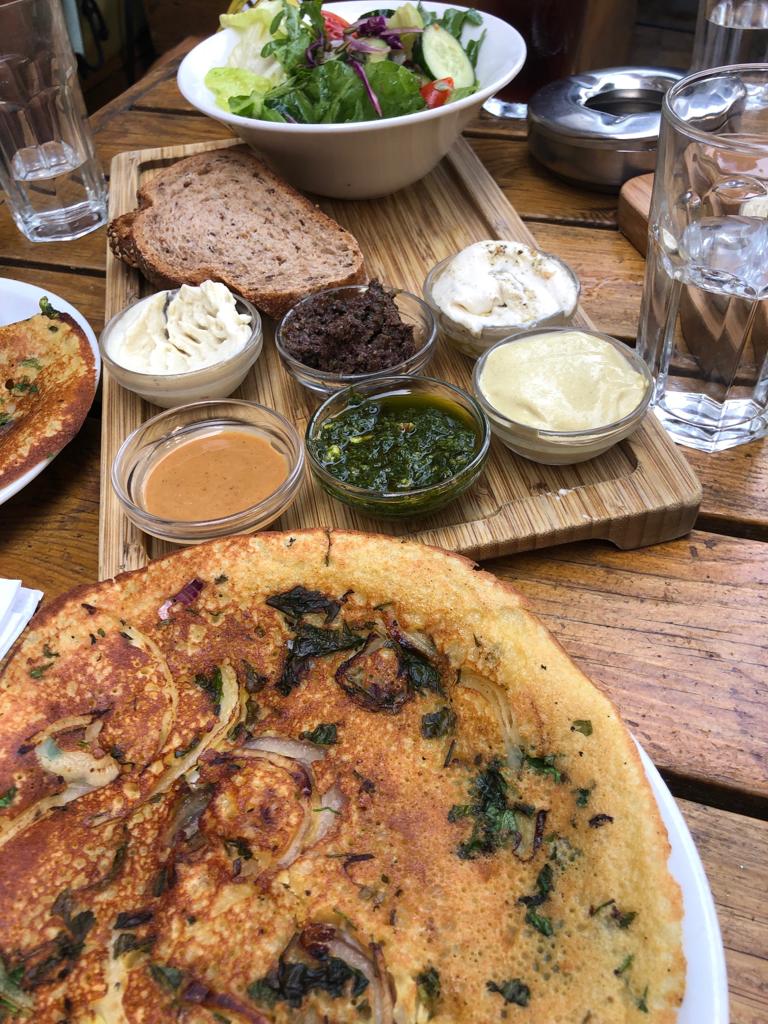 Which steps would you recommend that those who switched to a plant-based diet in January follow to continue being vegan?

Find vegan communities to be part of — it can be either friends, group chats on Twitter, vegan inspiration on Instagram, vegan Facebook groups, etc. It’s really important to be surrounded by people in the same mindset, as they can support you when it feels hard, share tips, and inspire you to continue.

Then I would say, keep on trying. There are millions of recipes out there for cooking vegan. Plus, supermarkets add more and more vegan products (and prices go down) while restaurants keep updating their menus with vegan options. It does require a little bit of research at first, but after a while, it becomes your norm.

What effect has veganism had on your body and mind?

Not long after I made the switch I started feeling so much better. I felt fresh, I slept better at night, and woke up more easily in the morning. My body was lighter during the day and I was more energetic. I wasn’t expecting that, and it was amazing to feel it. 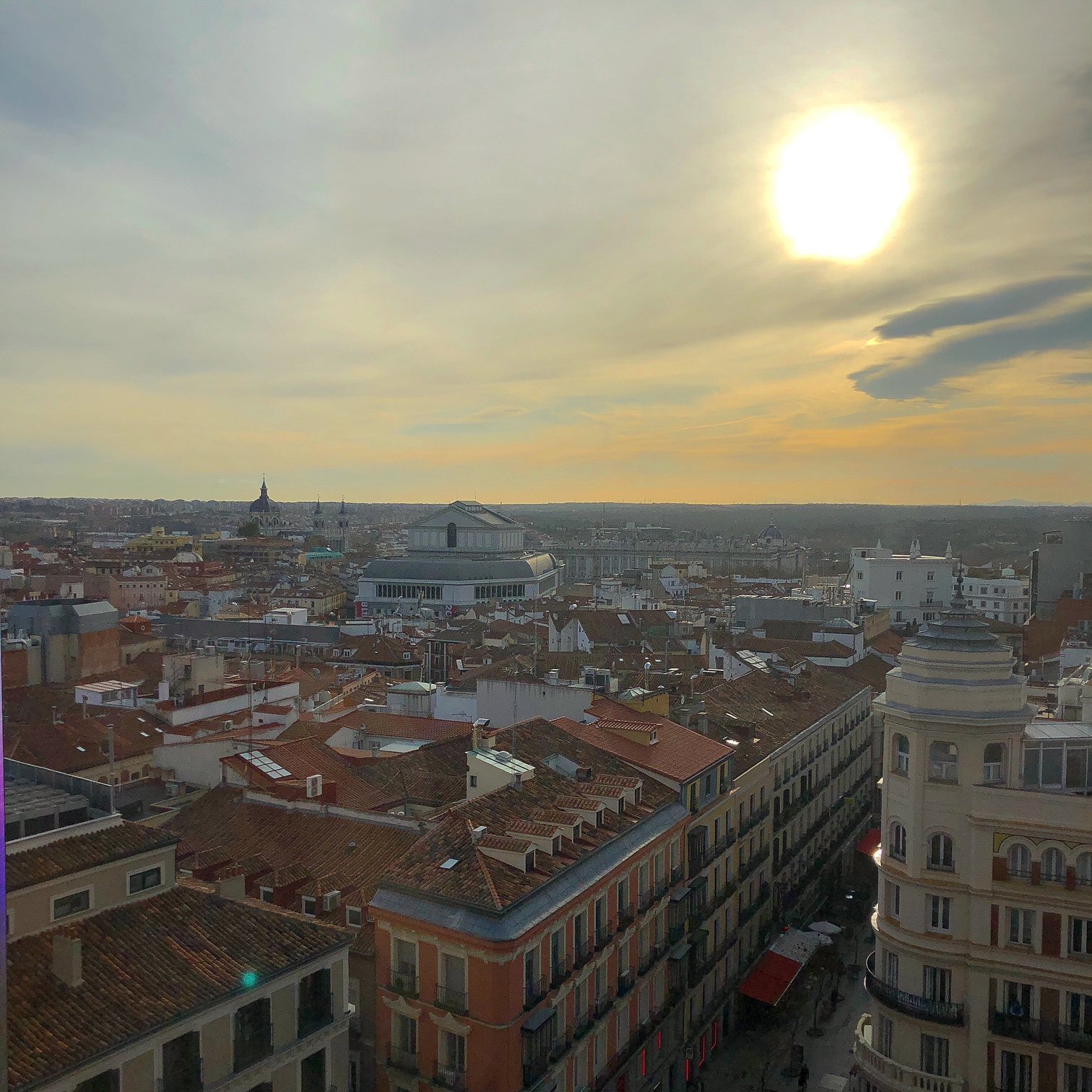 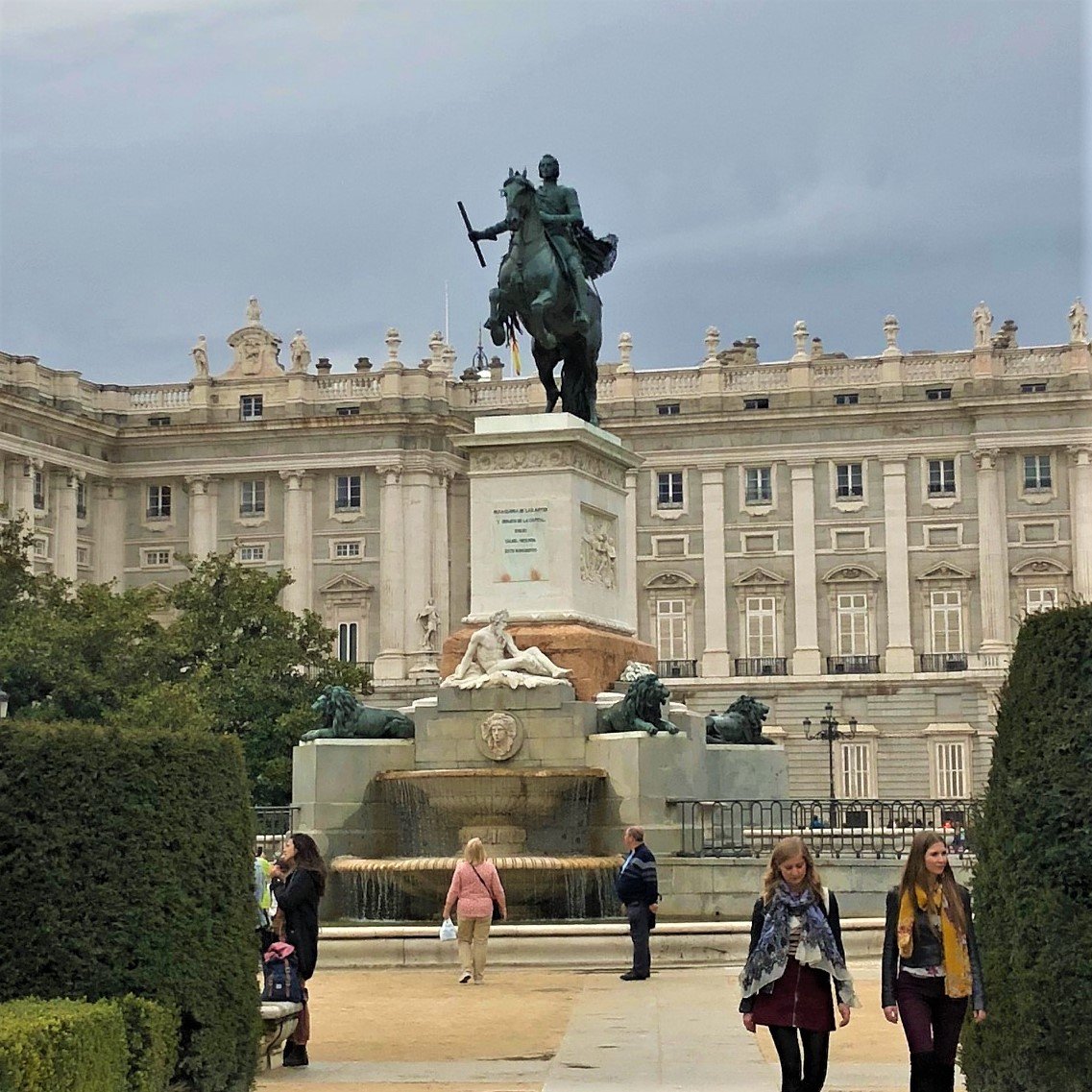 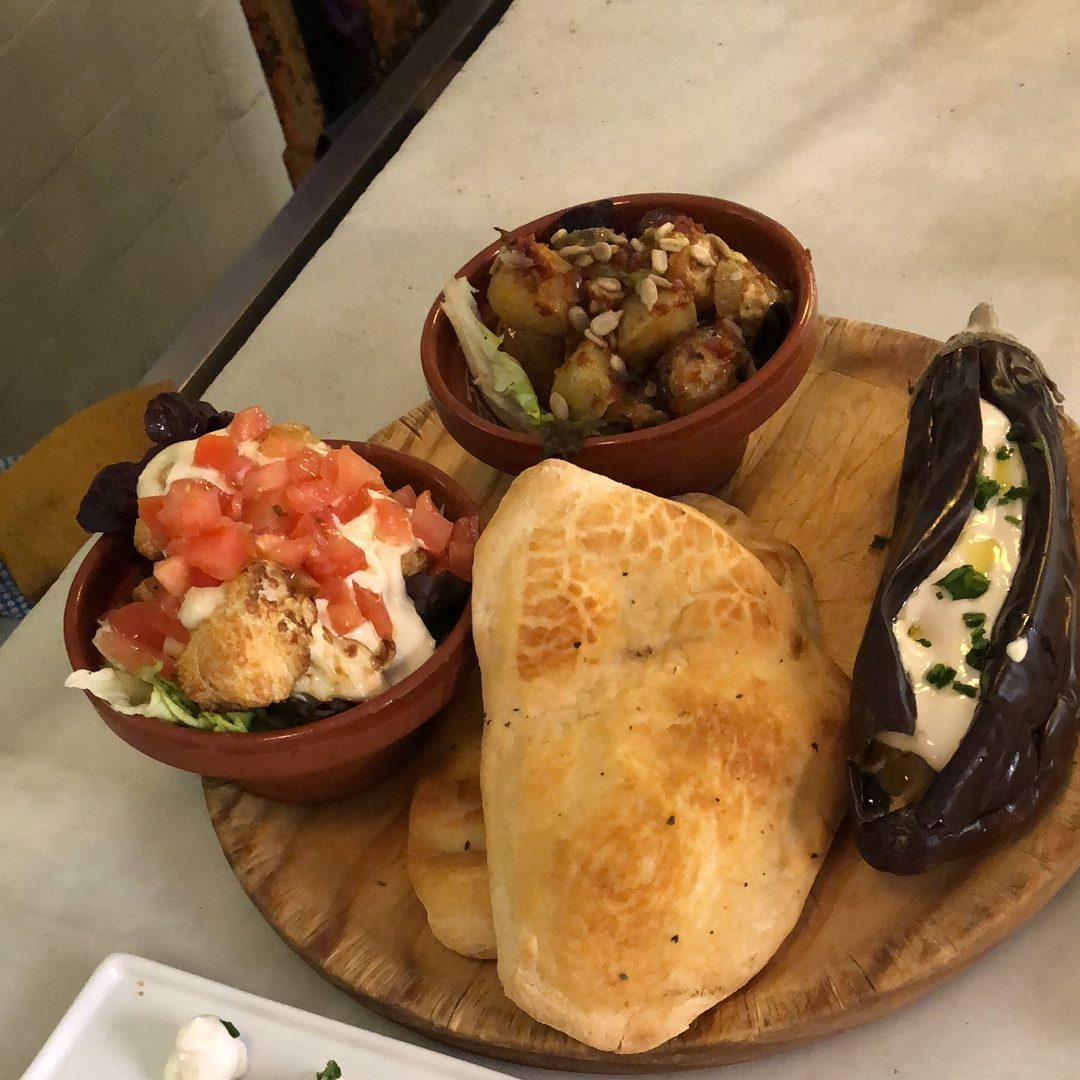 Is vegan travel different in Israel? For example, are products easier to find?

Israel is one of the best countries for vegans in the world. I wasn’t vegan when I left Israel, but I am a member of several Facebook groups of Israeli vegans. Every time I return to visit, I am thrilled to see vegan food everywhere. There’s something about the culture there that makes it easier to absorb veganism. First, for Kashrut (kosher) reasons, dairy is not mixed with meat, so many products that might contain dairy by default elsewhere, do not contain dairy in Israel (for example, cooking in oil and not in butter). Second, like in many other Mediterranean cuisines, Israeli food is prepared with lots of vegetables and legumes. 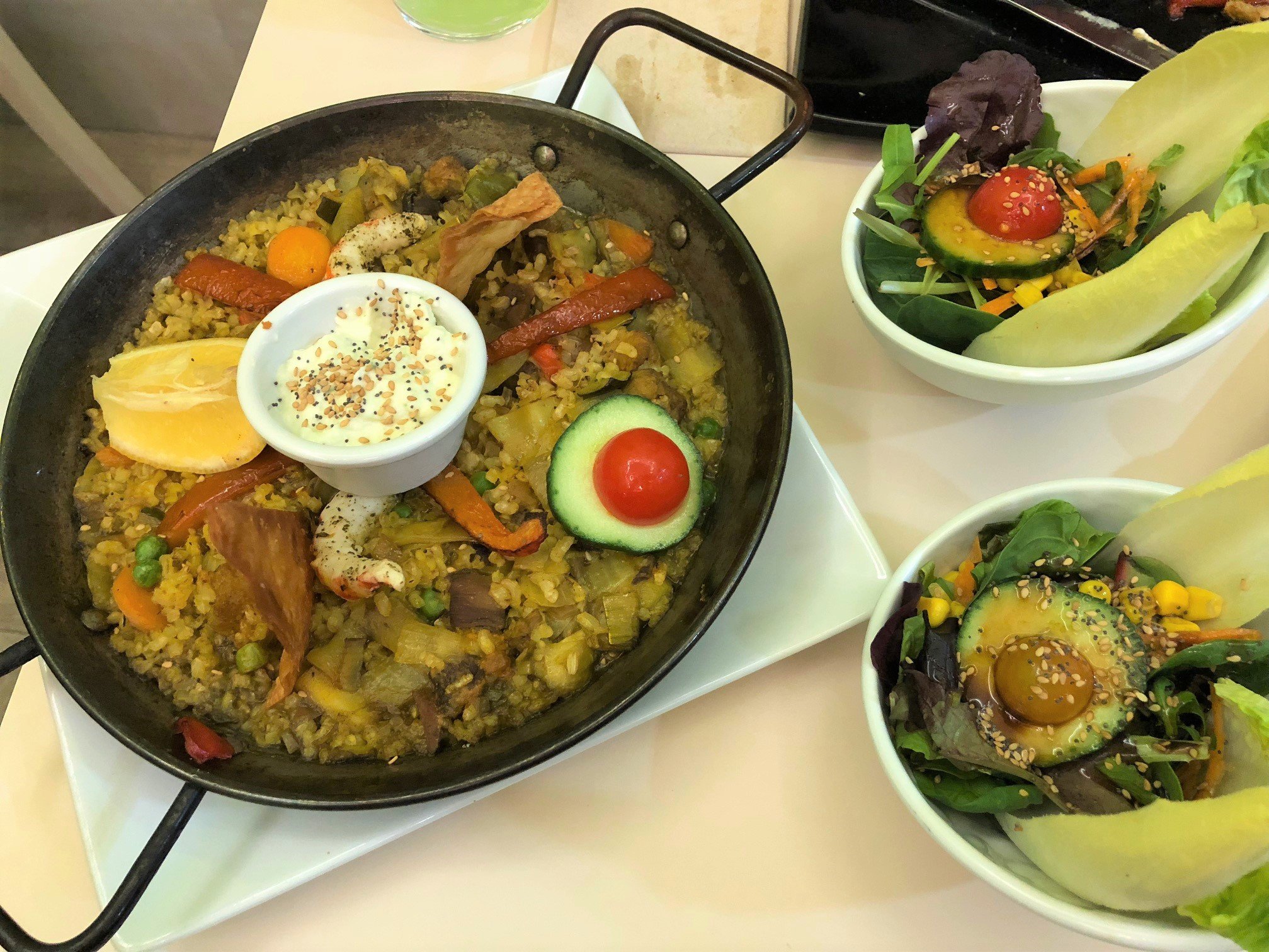 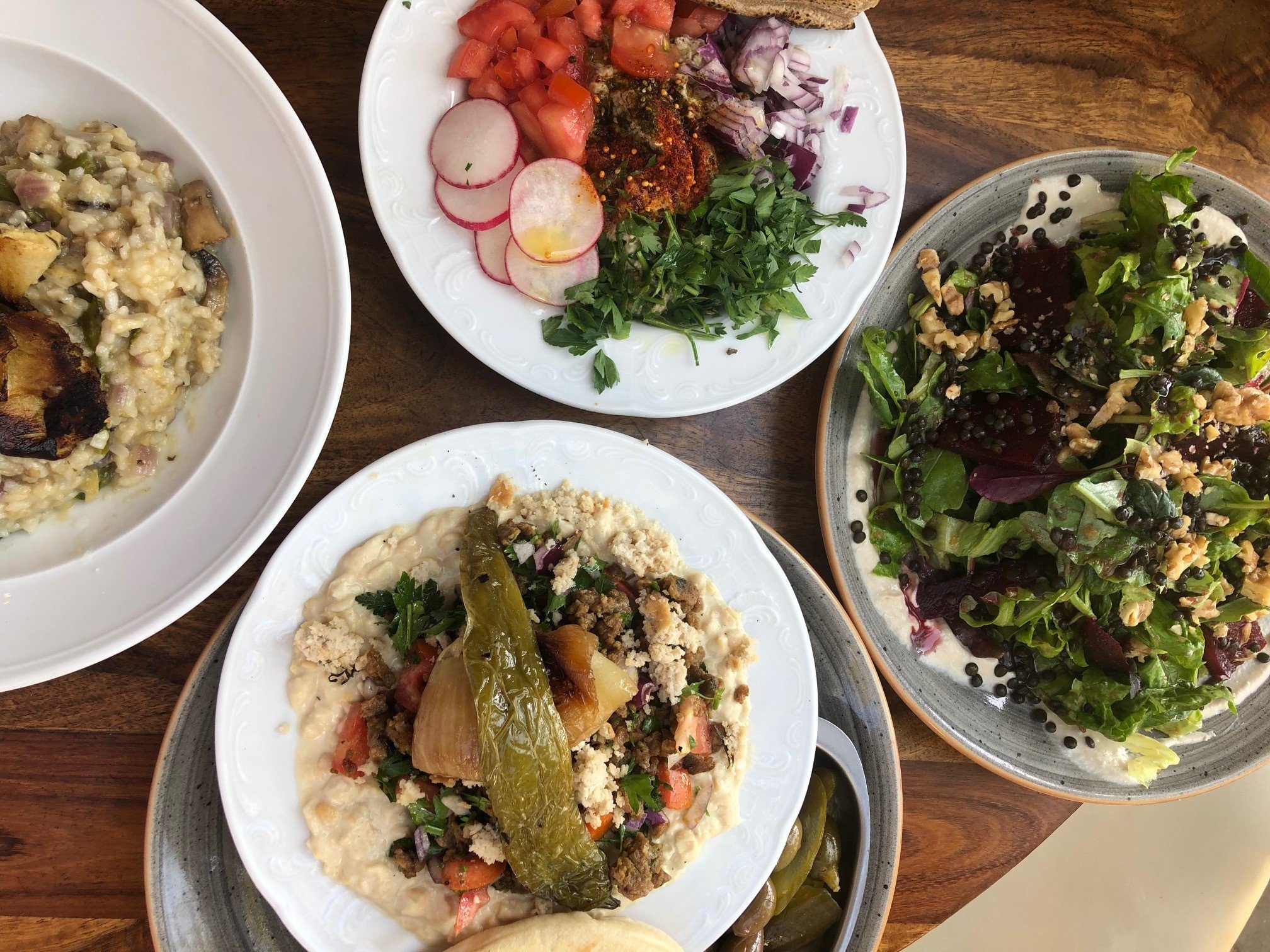 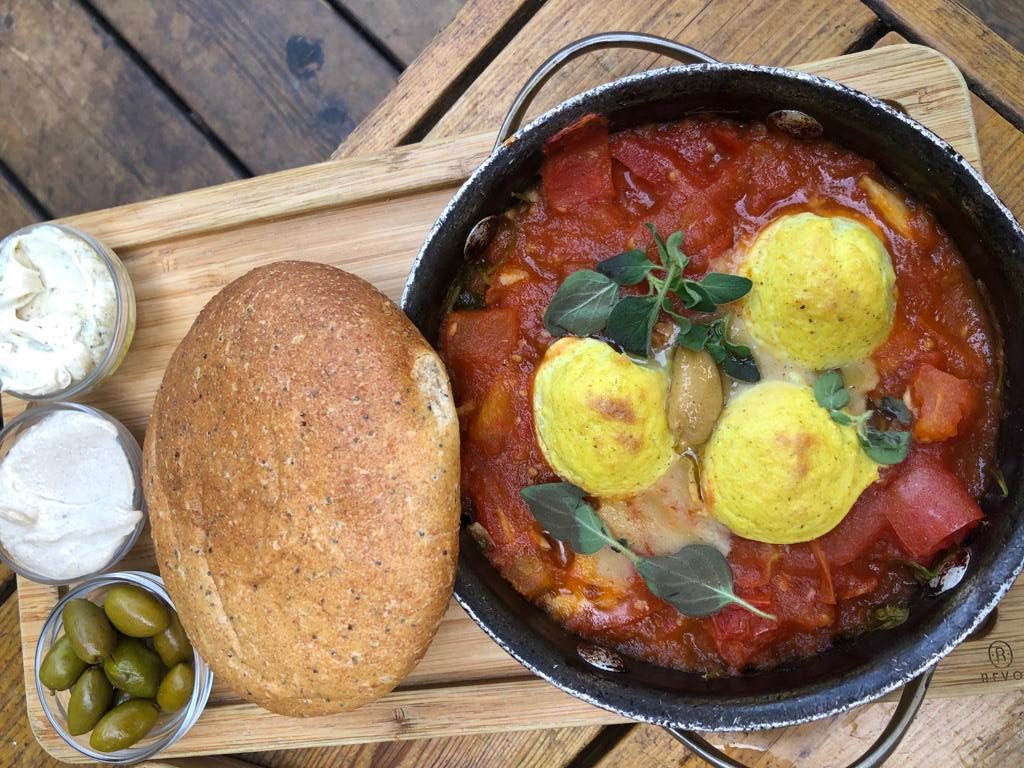 To what extent have family and friends followed your lead?

Amongst my family and friends (except for the close vegan circle that I mentioned before) I was the first one to go vegan, so I was “catching all the fire” about that. When my brother-in-law, who is an athlete, moved to veganism to improve his performances, nobody asked him why or criticized the move. Then, my sister became a vegetarian, and my friends started sending me pics when they cooked something with tofu instead of meat. My mom constantly searches for vegan recipes and proudly shares pictures with me when she makes them. Even if they are not fully vegans, the awareness of what they eat is constantly on their minds.

Where do you stand on lab-created meat?

I think it is the future of meat production and something that can significantly change our world. The suffering of farm animals will be over and there will be no need to artificially create animals, just for killing them later. So much land will be freed so we can grow more crops for human consumption, rather than animal consumption. It will help to feed more people on the planet. People will not be afraid to be labeled “vegan” as they continue to eat “meat”. It will be easier for the masses to adopt, unlike using meat alternatives. If the price is right, and it is easily distributed, especially in larger nations like China and India, it will help to save the lives of billions of animals. 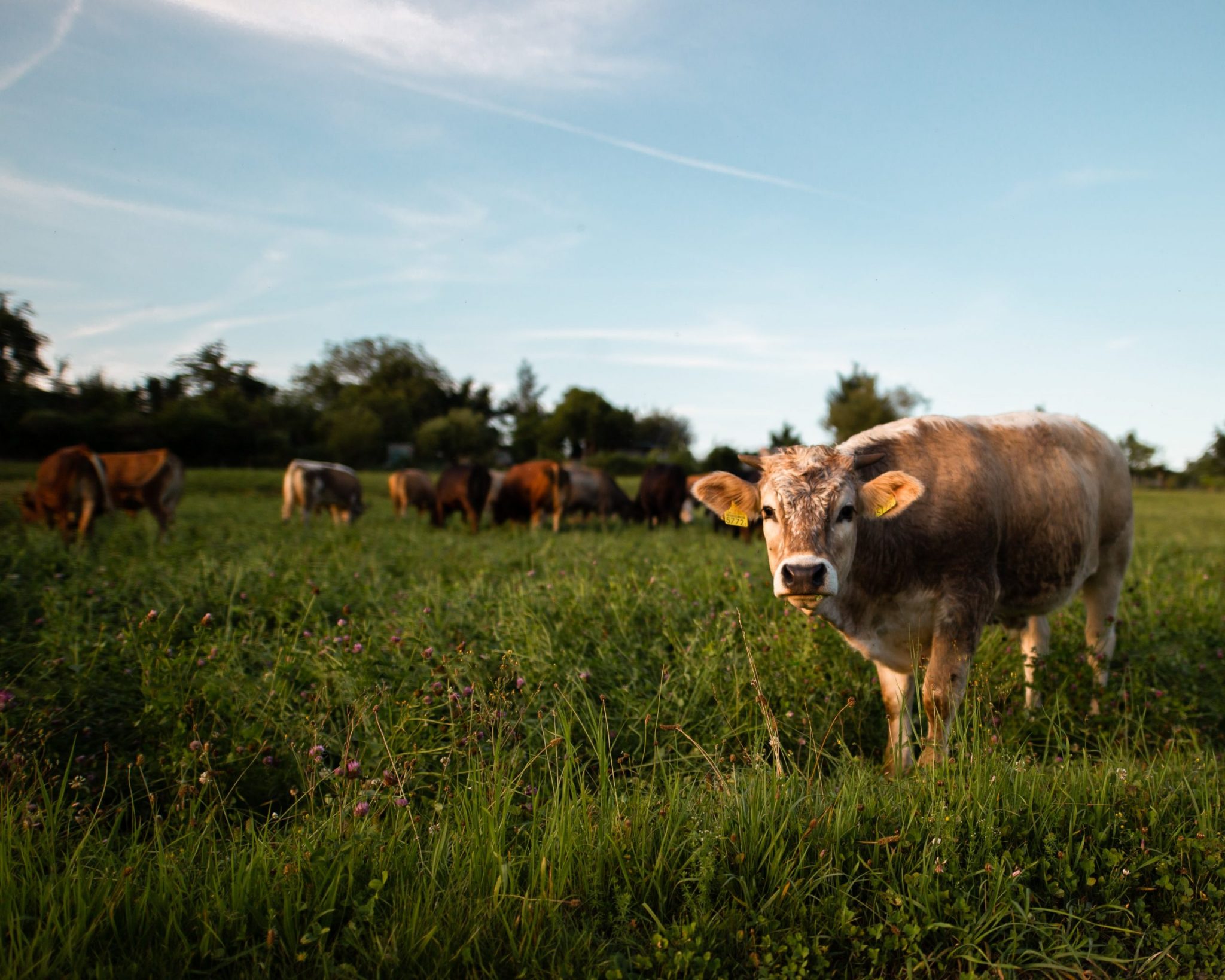 And what about fast-food chains: do they have flexitarians more in mind than vegans?

Some fast-food chains add 100% vegan items to their menus while others are on the flexitarian scale. I don’t necessarily understand why they choose to sell plant-based patties with dairy cheese on them, but it doesn’t really matter to me. If someone goes to Dunkin’ or Burger King and orders their plant-based patty, it’s one less meat patty that is sold and it’s already a good thing.

Down the road, the vegan audience is strong, and if big chains want to reach that audience and not just flexitarians, selling a plant-based patty with dairy cheese or a non-vegan bun is not enough. Businesses exist to make money, and catering to vegans will attract more people and make them more money. 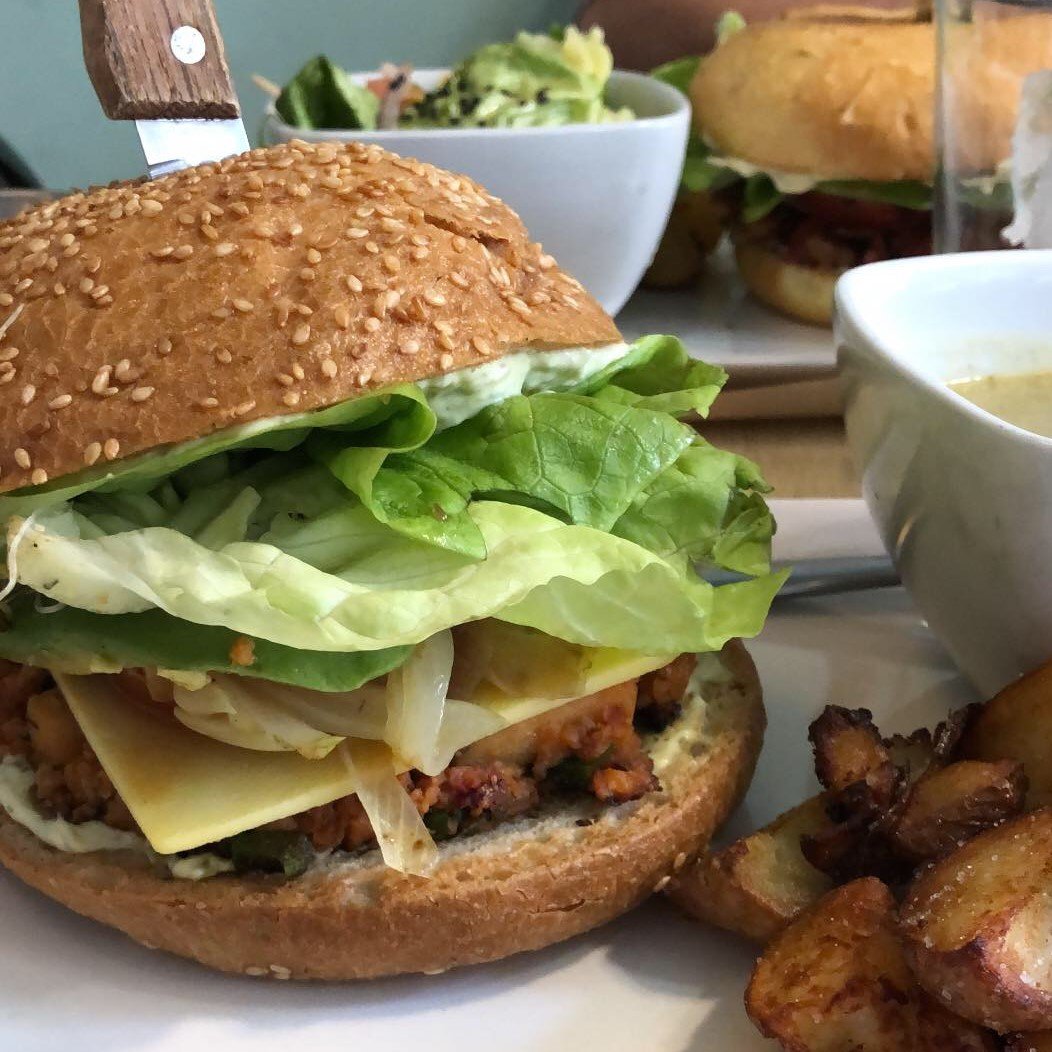 Moshe is looking forward to traveling again. He is especially excited about returning to Israel to see family when travel is not restricted. For more vegan travel top tips, be sure to catch up with the Top Ten Traveler in our upcoming resources section.

Previous Post
Vacation in Mexico: the Big Vs the Small
Next Post
An Irish Tradition: What’s the Craic with Irish Bars? 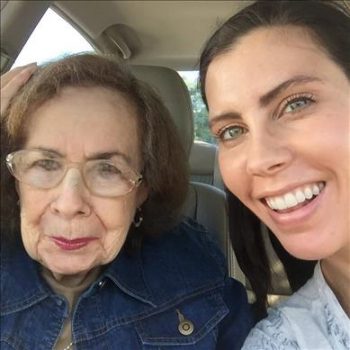 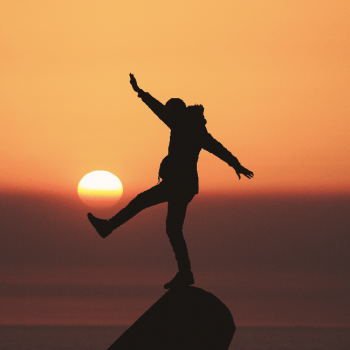