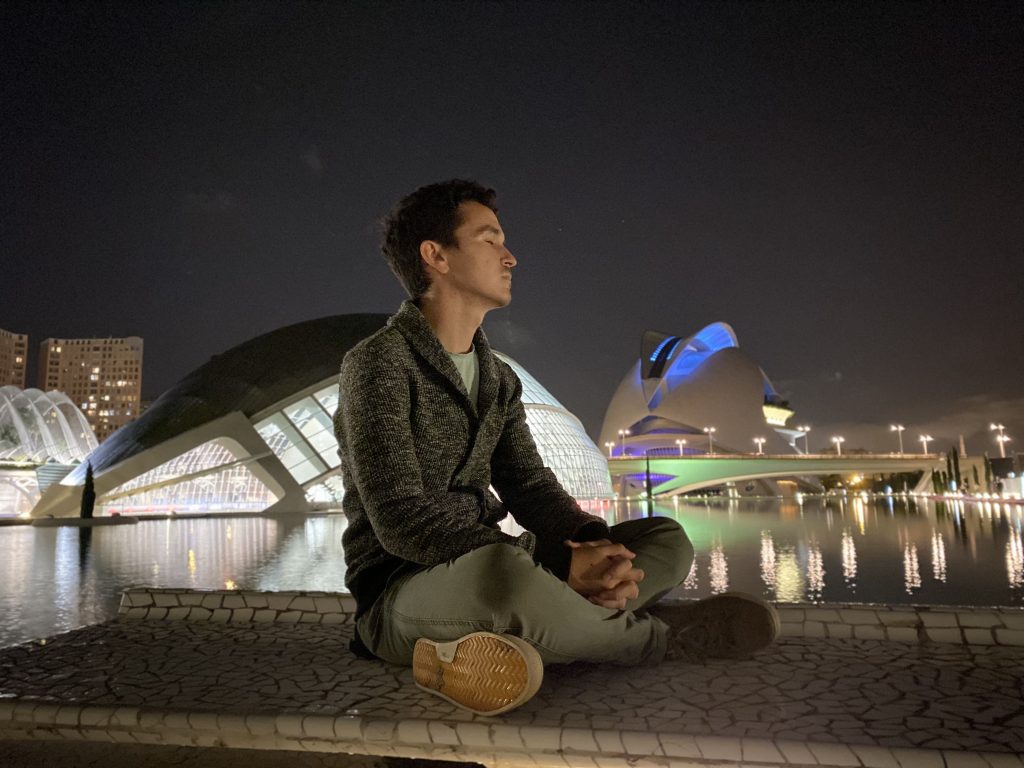 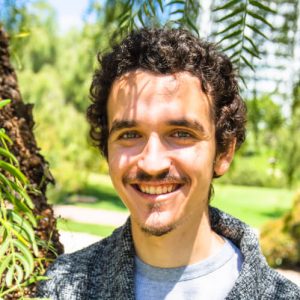 “The grass is always greener on the other side” is a proverb I have always firmly disagreed with. It gives the misguided impression that fulfillment in life is inherently tied to your physical location. If you are not fulfilled, it’s because of where you are (or where you’re not). It suggests that you could be living somewhere else that’s better than where you’re currently living. It leaves you with a feeling of helplessness and scrambling to figure out coping mechanisms.

In the several stages of my life during which I was living somewhere that I didn’t want to be, when I knew the place I would have rather been in, this proverb haunted me and fueled my various episodes of depression. In this article, I will share some of the lessons I learned, mistakes I made, and adjustments I implemented which all aided in coping with the challenges of being where I was whilst knowing I’d rather be elsewhere.

I am from Los Angeles, CA, and I first moved away from home at age 18 to study at Berklee College of Music in Boston, MA. At the end of my first year there, I studied for a semester abroad at the Berklee Valencia campus in Spain. By the end of my second week there, I had discovered that Spain was where I belonged. It is simply the perfect place for me to be. 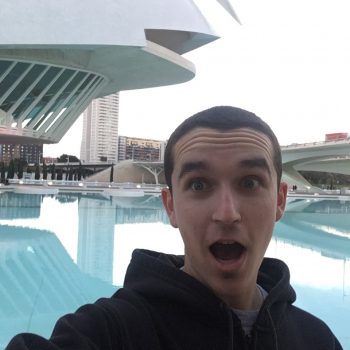 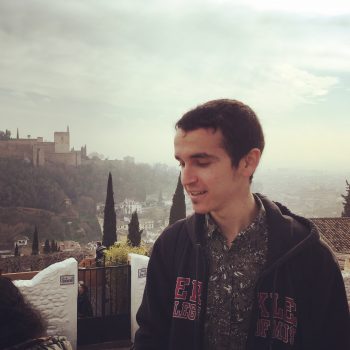 The knowledge of these truths was also the cause of several depressive episodes in my life, ​​despite all the clarity and gratitude which it gave me. Whether it was because of visa issues or other logistics, the simple fact of not being in Spain was a tough pill for me to swallow. It was like I was a small child who had been given the sweetest candy they had ever tried every day for four months and then told they could not have it anymore.

Besides my love for Spain, I have never felt a connection to LA or the US. I’m only the third generation in my family to have been born in the US. I have always carried a strong sense of criticism towards my environment from as young as I can remember. Whether it be towards the underfunded public school system in LA, the frustration of spending what felt like half my childhood sitting in traffic, or the laundry list of large-scale societal issues such as gun violence and income inequality plaguing the country as a whole.

My dad and older brother are both political science majors. There was always an emphasis on what was happening in the world in family conversations as I grew up. These conversations combined with my empathetic nature led me to feel very dissatisfied with “my” country. In the aftermath of my mom’s traumatic brain injury and severe depression when I was 16, you could say that dissatisfaction hit its maximum.

I had already suffered from depression earlier in my life (before attending Berklee). The first “grass is always greener on the other side” depression hit me the moment I walked onto the street from Arrivals at the Los Angeles International Airport. This was my first return from Spain in 2017.

The sound of constant cars honking, the smell of trash and smog, and the greyness of the concrete jungle which is LAX, all made me want to turn around and get on the first plane back to Spain. It wasn’t only the literal sensory overload/reverse culture shock that affected me. The weight of personal, emotional baggage which being in LA and the US brought to the surface hit me like a tidal wave. My parents brought me to their house and I sat on their couch crying hysterically for more than two hours until I fell asleep from exhaustion and jet lag. The First Lessons of Coping

The intensity of the depression was unlike anything I had ever felt. It became my mission to return to Spain by any means possible. Studying abroad a second time at Berklee Valencia was a possibility. However, it meant I had to work twice as hard to complete all the courses for my major. Unfortunately, the school only offered them in Boston in a year less than it typically required. This was the first lesson. If you want something, especially something which is difficult to obtain, it requires some serious hard work and dedication. However, the learning of this lesson was only the first of several hurdles to be cleared.

My unwavering focus on getting back to Spain, combined with my work ethic, was by no means a cure to my depression nor even a passing coping mechanism. If anything, it only fueled the fire. The “grass is always greener on the other side” has the often overlooked, terrible side effect of “the grass is always worse where you are.” This meant I had to learn how to cope with being where I was not.

While I was completing my major courses, waking up every day at 7 am and working nonstop until 1 am, I did my best to appreciate Boston for what it was. I thought I had understood then how to fully live in the moment, be grateful for what I had, and make the most of every situation. In reality, there was still a huge part of me whose voice kept telling me, “But this isn’t Spain. This isn’t good enough.”

The Next Lessons of Coping

I nearly worked myself to the point of mental breakdown. Nonetheless, I made it back to Berklee Valencia in Spring 2019 for my final semester of university. I had (thought that I had) made it. I had another wonderful four months, just like I had experienced the first time I studied abroad. My Spanish had improved to a fluent level, so it was even more fulfilling than the first time.

I was also in a relationship with a woman who I deeply loved. We shared a mutual desire to spend the rest of our lives together. However, due to mutually undesirable circumstances, the relationship ended two weeks before my flight to Boston (the city we met) for my graduation from Berklee. 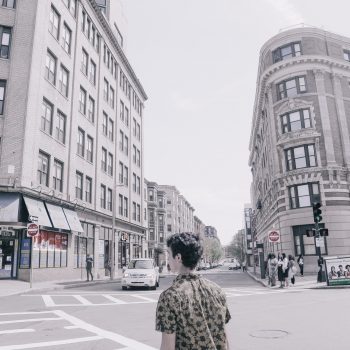 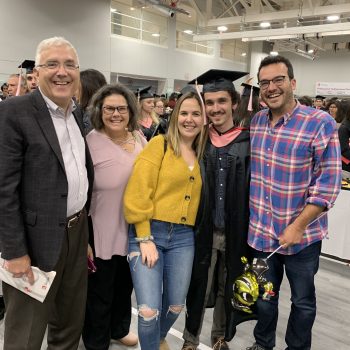 After graduation, I immediately turned around and ended up in Madrid for a summer internship working with a Spanish composer. I was in an extremely emotionally fragile state. It felt like I was barely clinging to relative stability based upon the pure knowledge that I was in Spain. That fragility shattered when the internship ended, and with it, my visa.

In August 2019, I found myself hysterically crying on the same couch in my parents’ home which I had been hysterically crying on just two years before. Only this time, there was no option of studying abroad again. I had graduated. This depression lasted a solid two months, during which I was practically incapable of doing anything. I wasn’t coping with my reality at all.

The Power of a Present Mind

Sometimes, with depression, especially when it’s severe, there’s not really much to actively be done to reverse it. The healing process can, at times, be extremely slow and gradual, which was my case that summer. Once the initial shock of returning to the US wore off, I finally learned how to live in the moment and feel grateful.

I started working at a nonprofit for music education. I moved into an apartment with former classmates from Berklee. Finally, I discovered a social life in LA that was enough for me to feel satisfied with my life. The voice in the back of my head saying, “But this isn’t Spain. This isn’t good enough” was drowned out by my actively present mind. The voice was still there and still motivated me to work towards my goal of moving to Spain. However, it no longer had the power to control my mood. 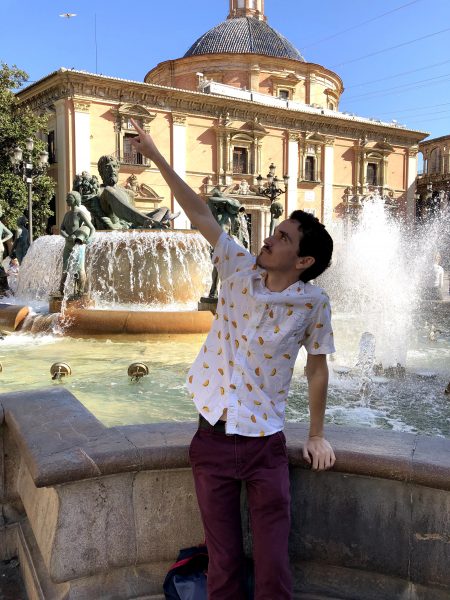 The lesson of taming my internal voice has been the most consequential of my life. I realized that ignoring the voice was not an option. I simultaneously loved Spain and disliked the US so strongly that it was simply impossible to ignore. Listening to it actively also was not an option as a true coping mechanism.

In the year which I spent completing my major courses in Boston, the word “Spain” went through my conscious mind at least once a day. It prevented me from enjoying Boston as much as I could have. It was only upon returning to LA in August 2019 and experiencing the worst depression I had ever had that I learned how to balance that voice. 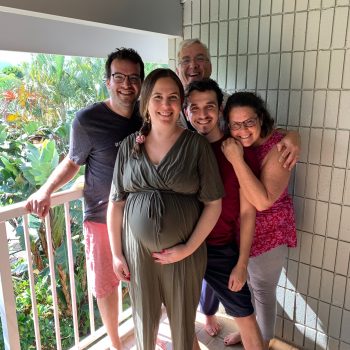 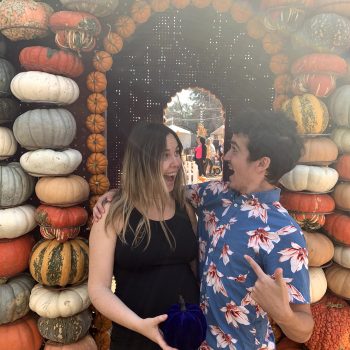 Balancing that voice meant many things to me. Above all, it meant using only the required amount of effort needed to get me back to Spain. If there were programs to be researched, people to be contacted, or any other practical tasks that would benefit my potential return to Spain, I would use my energy for those. 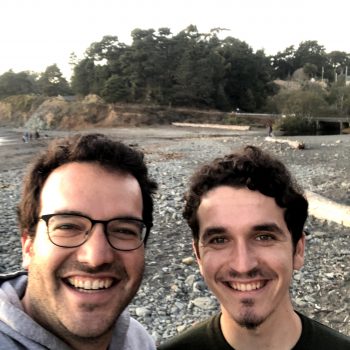 As soon as my mind started to wander into “My life isn’t as good in LA as it used to be in Spain” land, I would actively do something to make myself more present. It didn’t matter whether that meant going for a drive, calling a friend, or playing a video game. This coping strategy was so much better than the unending dissatisfaction I felt before.

What I Know Now After 8 Years in Spain 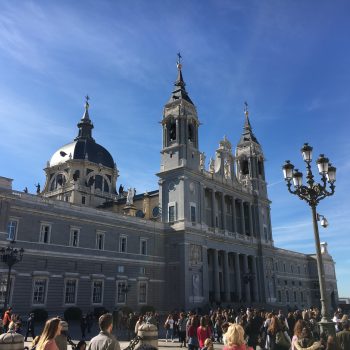 February 2, 2018
We asked Dreams Abroad members what they would do differently if they were just starting out on their adventures now.…
Read More June 11, 2019
Paunise Pierre is from Gonaives, Haiti. She moved to Tallahassee, Florida when she was 19 years old to study Economics…
Read More