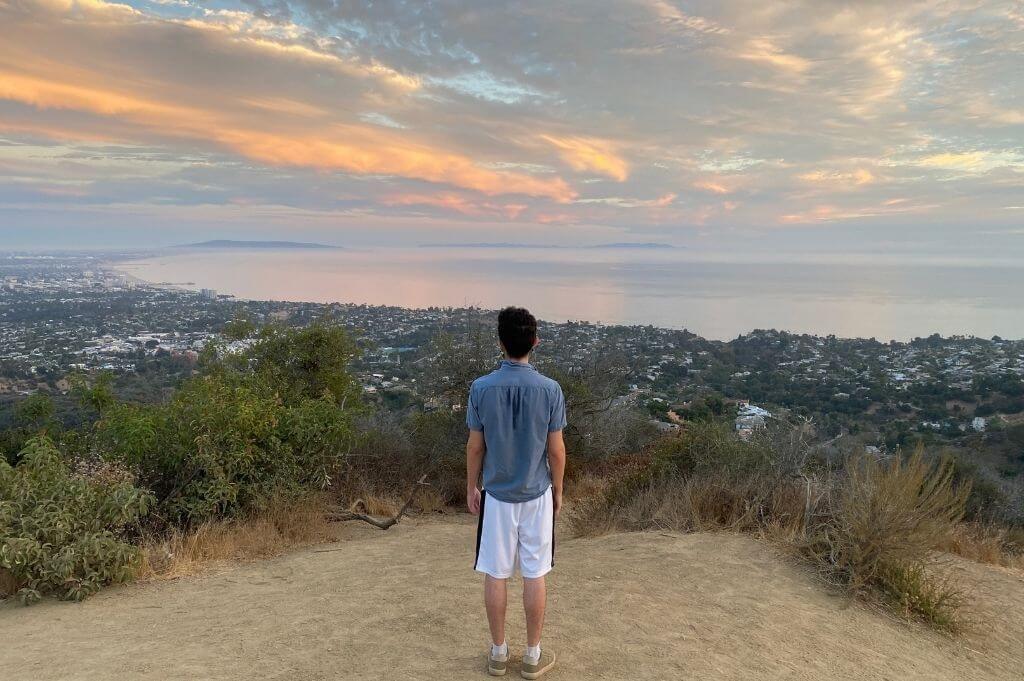 If you read my first article, then you’re probably already a bit familiar with my experience living in LA and my mental health journey. In this three-part follow-up article series, which will be released over the subsequent months, I will share more about my relationship with the “push and pull effect.” I’ll detail how it has influenced a series of life-changing decisions and helped propel my professional and personal life forward.

What Is the “Push and Pull Effect?”

Before Diving Into Part One, Here’s a Timeline for Context:

The push and pull effect has come full circle for me all in the span of a little over a year. In this first part, I will detail the reasons why I felt pushed away from LA/pulled towards Spain in August 2020. Stay tuned for my following two articles to understand how and why everything is coming full circle. 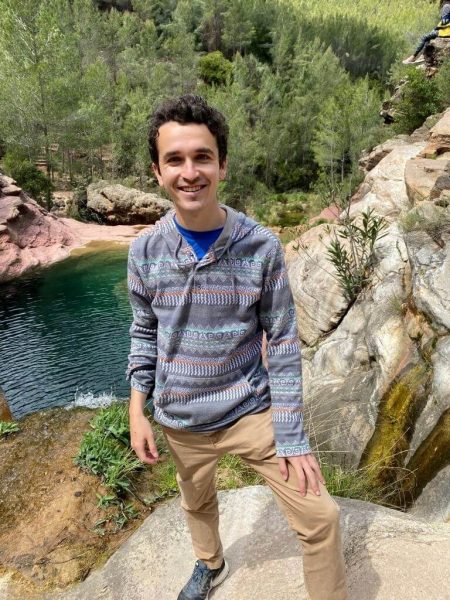 Part One: Pushed From LA/Pulled Towards Spain

If you read my first article, How to Cope With Where You Are Not, you probably already know a little bit about how I feel about Los Angeles, my hometown, as a place. You’re probably also a bit shocked to have just read that I am currently in the planning phase of moving back there in 2022. Allow me to explain from the beginning.

Since long before the COVID pandemic began, I never liked living in LA- mostly due to transportation-related frustration, but also because of some personal trauma. When the pandemic began, I was in LA working as a composer. I also worked part-time for Harmony Project (HP), the largest non-profit organization providing free music education to low-income youth in LA. HP’s community was among the hardest hit by COVID in every imaginable sense. 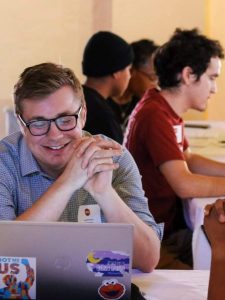 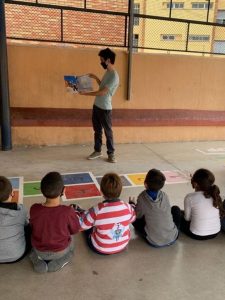 As an administrator and a teacher, my job quickly transformed into something that nobody in my position could have prepared for. I have never been trained as a social worker, but the work which my colleagues and I did for these families at the beginning of the pandemic was about as close as it gets. As rewarding as it sometimes was to be of practical use for a few families- helping them with access to food security after losing their income, delivering masks and other essentials, assisting with applying for unemployment via phone, etc. —  it was also a devastating experience for me. It made the pandemic hit close to home in the most literal sense possible. Given my empathetic nature, this led me to become severely depressed to the point where I needed to take antidepressants for the first time in my life.

All this left me feeling like there was no path forward for me in LA. I could feel my motivation and passion for things fading to the point where it was no longer fair to the families I was working for to remain in my job when I wasn’t feeling strong enough. Nor was it fair to myself. Fortunately, around the same time, I found out that I could return to Spain in August 2020. I remained in my job at Harmony Project until then with a second wind to keep going with the knowledge that I would soon be able to return to the place I had always wanted to be.

If there’s one question I have learned how to answer in several ways over the last five years, it’s “why do you want to live in Spain?” As someone living outside of the country you were born and raised in, it’s a common question to be asked. In my case, it’s even more surprising to people when they realize that I am a composer from Los Angeles, who doesn’t want to take the seemingly obvious decision to live in one of the biggest music capitals of the world, which happens to also be my hometown. 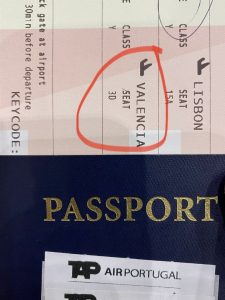 As I mentioned, there are many ways I answer that question. Depending on the context in which it is asked because there are a plethora of reasons why I wanted to live in Spain. For the sake of this article, I’ll focus on the grounds which I think are most universally understood among people who work in a creative industry with the flexibility to be location-independent.

I had studied abroad in Valencia, Spain, twice during my undergrad. Afterward, I landed an internship with a Spanish composer in Madrid. After these experiences, it felt obvious to me that living in Spain had a significant positive impact on my creativity and inspiration. The fascinating history, beautiful locations both in nature and in cities such as Sevilla, Granada, and Valencia were immensely inspiring for me as a composer. 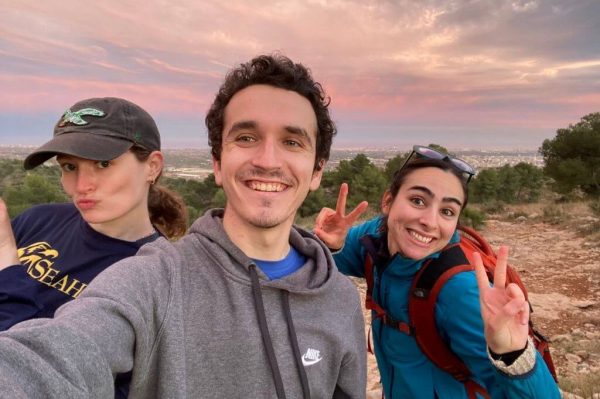 For better or worse, Spain simply has a different view on work/life balance than the US. Fewer work hours, longer breaks (both during the day and for holidays), and greater emphasis on enjoying life easily summarize the Spanish lifestyle. Additionally, the cost of living, especially when compared to a city like Los Angeles, is much more affordable. As a composer (or any type of freelancer), less income is needed to live comfortably. 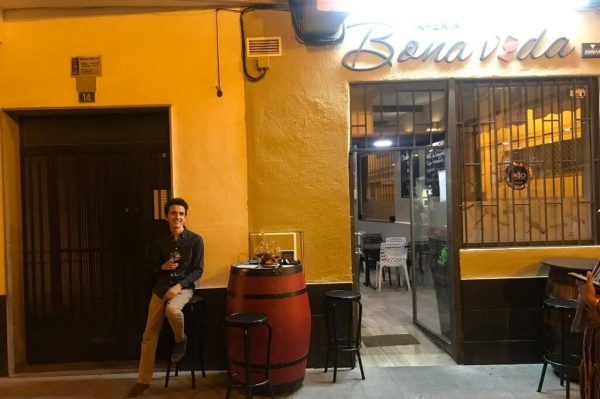 Combining it All: Mental Health

Ultimately, my decision to move to Spain in August 2020 was for my mental health. That is to say, as a composer and highly self-motivated individual, I needed to live in a place that was conducive to me feeling inspired and creative. Having an easily attainable lifestyle was beyond important to me. In Los Angeles, those things felt so far out of reach that it was destroying my mental health. Living in Spain as an auxiliar de conversación meant a mere 16 hours of work per week to cover my living expenses (not including my student debt). 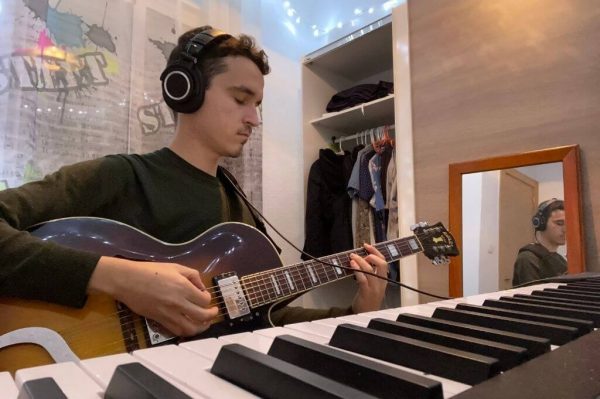 Such a work week allowed me to lead the lifestyle that I needed to. I knew that I’d use the rest of my time to get inspired, make music, enjoy life, pursue other projects, and continue towards my goal of financial freedom off of royalty-based passive income.

In August 2020, I finally arrived to live in Castellón de la Plana, a small city about an hour north of Valencia. The city was only a short commute to the town where I was assigned for my 16 hours of teaching. It was exactly what I needed — it offered a comfortable lifestyle, plenty of sources of inspiration, and the mental time and space necessary for me to compose and record my second album. In the next article of this three-part series, I will detail my experience living there and how I ultimately ended up in a similar push/pull situation that led to my moving to Valencia in July 2021. 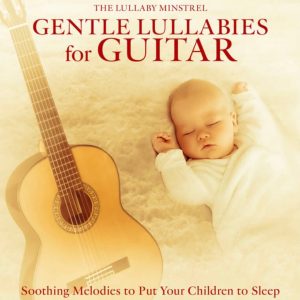 My journey is a wild one, which on the surface, appears to be u-turn after u-turn. After reading the whole series, you will understand how the risks and decisive actions I’ve taken have all only pointed my life in one direction — forward. My hope is that by detailing my decision-making process, it will help people to make the hard but necessary decisions which they need to make to keep their own lives moving forward as well. 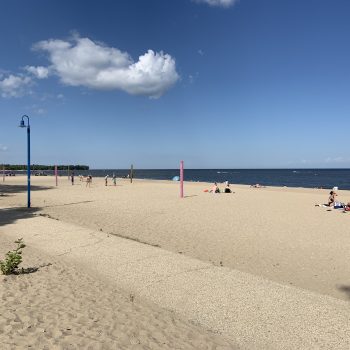 Top Things To Do in Manitoba, Canada

January 28, 2021
From my experience, there seems to be a few main reasons for out-of-province visitors to travel to Manitoba. In this…
Read More

Is the Food in Puerto Rico the Best in the United States?

June 1, 2022
Puerto Rico is a mecca for foodies. This is a testament to the island’s diverse history. Its eclectic mix of…
Read More 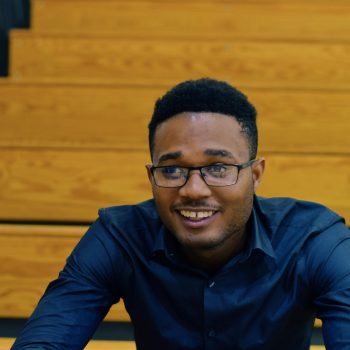 October 4, 2018
Orlando Lewis is originally from St. Catherine, Jamaica. He left his hometown to pursue a degree in Computer Science in…
Read More