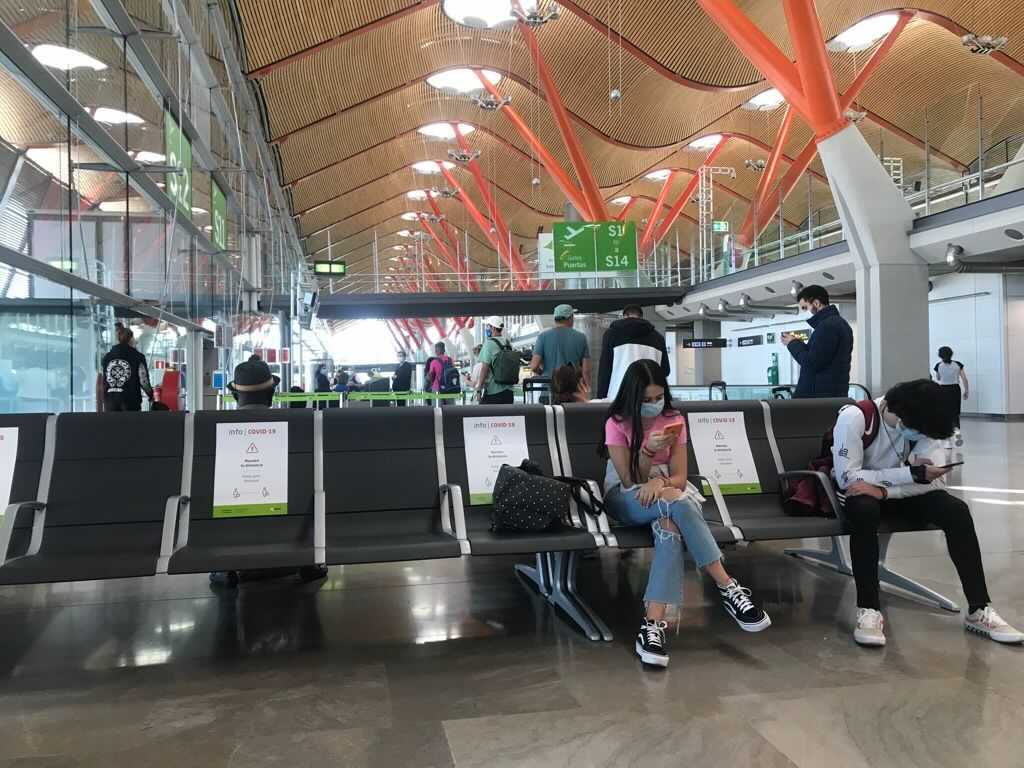 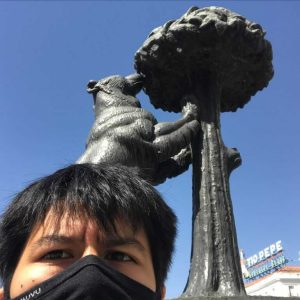 It’s been around 150 days since I left Ontinyent, Spain to move back to New York for the next chapter of my life. The journey across the Atlantic wasn’t without headaches. My time in quarantine after flying was quite the experience. My time in the States has been full of sacrifice and hard work.

I returned to New York around the end of August as the pandemic in Europe was worsening. When I wrote my last piece, much of the continent was rapidly reopening. Countries were attempting to take advantage of the European summer season. Cases began to rise a few weeks after throughout Spain. This led to several towns and regions imposing lockdowns while others continued promoting tourism. I decided to take advantage of the increasing number of trains and buses to Madrid in case their frequency was limited or canceled. Unlike the spring lockdown, I would not have had the income to support me if I stayed longer in Spain.

My original plan was to spend two weeks in Madrid to visit several attractions I hadn’t gotten a chance to see. Plus, I wanted to enjoy the city as it attempted to bounce back from its long shutdown. However, the increasing number of cases in the city led to me restricting my stay to three days, enough time to visit family and explore the city one last time. It was crucial that I avoided getting sick as I didn’t have health insurance. I knew that a positive case would have impacted my ability to board a plane or even ride in public transportation. On top of that, I also had to stay in private accommodations to avoid potential exposure. I decided to book a hotel room, a first for me. The decision ultimately limited my time in Madrid.

My next step was finding a flight, which was a thoroughly unpleasant experience. There were more flights around this time compared to the spring but many were costly, perhaps due to the demand. I settled on a cheap fare with Air Europa. The rest of my trip to Madrid was getting pricey and I had yet to even arrive. I soon realized that was a misjudgment as the airline was in freefall. As the company had difficulties paying off its debt, there were talks about a potential bailout from the Spanish government as well as an acquisition by rival airline Iberia. I feared my airline would go under before boarding.

In addition to their spiraling debt, I wanted to contact them to see if I had to provide any documentation of a negative case. Their customer service was horrid, their Twitter never responded to any direct messages, and their phone number disconnected after informing me that they would not be able to take my call due to the high number of inquiries. This only worsened as day by day I woke up to more countries seeing an increase in cases. Calls to restrict international flights were rampant. Luckily the airline managed to stay afloat. I found an American phone number I was able to contact who answered all my questions. They confirmed my flight and that they didn’t need any additional steps from me to complete before boarding.

My Final Days in Europe and A Journey Across the Atlantic

While I’ve seen many travelers cross state and national borders without self-isolating for the recommended 10 days (in August when I left the recommended quarantine* was 14 days), I decided to take advantage of a COVID-19 Quarantine Hotel that the local Spanish government established for people who may have, or have had, exposure to coronavirus. Since I carried an American phone number through Google Voice, I could contact the local authorities to make a case for a stay. The only caveat was that it had to be within a day of arriving at the hotel. A few hours later, another representative arranged a pick-up from the airport. 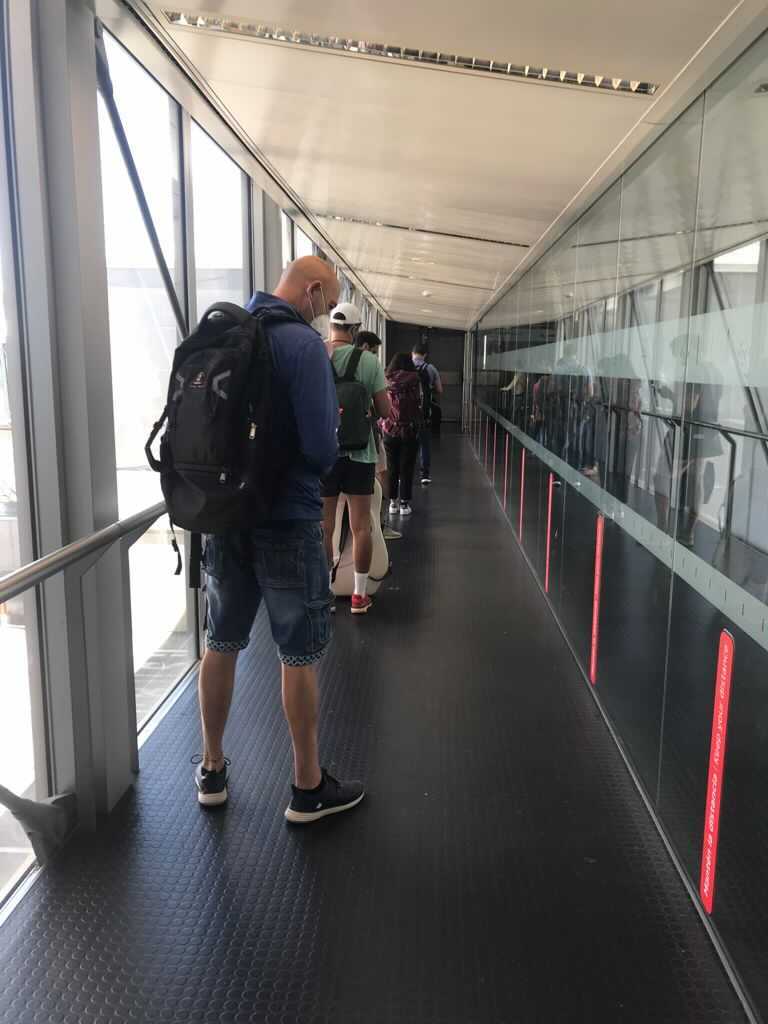 It was a great decision in retrospect. Foot traffic at the airport was nowhere near the level of a typical weekend. My check-in and security check were done in under ten minutes. The waiting area was closed, and boarding revealed many worrying signs regarding traveling amidst a pandemic. As creatures of habit, most people had no hesitation in queueing up close to one another before boarding, to stow away luggage, or to leave the aircraft. There was also a surprising amount of people on my flight. Every row had at least two passengers. I immediately felt in danger as people surrounded me.

Madrid was just as risky. People adhered to the mask requirement fairly well. However, they were quick to take them off to sit amongst friends at small tables in bars. I tried my best to avoid contact with people and had a great time. This included eating a lot of Spanish food, a first as I previously limited myself to ethnic cuisines. I also went to several museums and spent time with a friend I met on my first day in Spain. I also transported my luggage from my small town to Madrid through the postal service for €25, an incredible bargain. 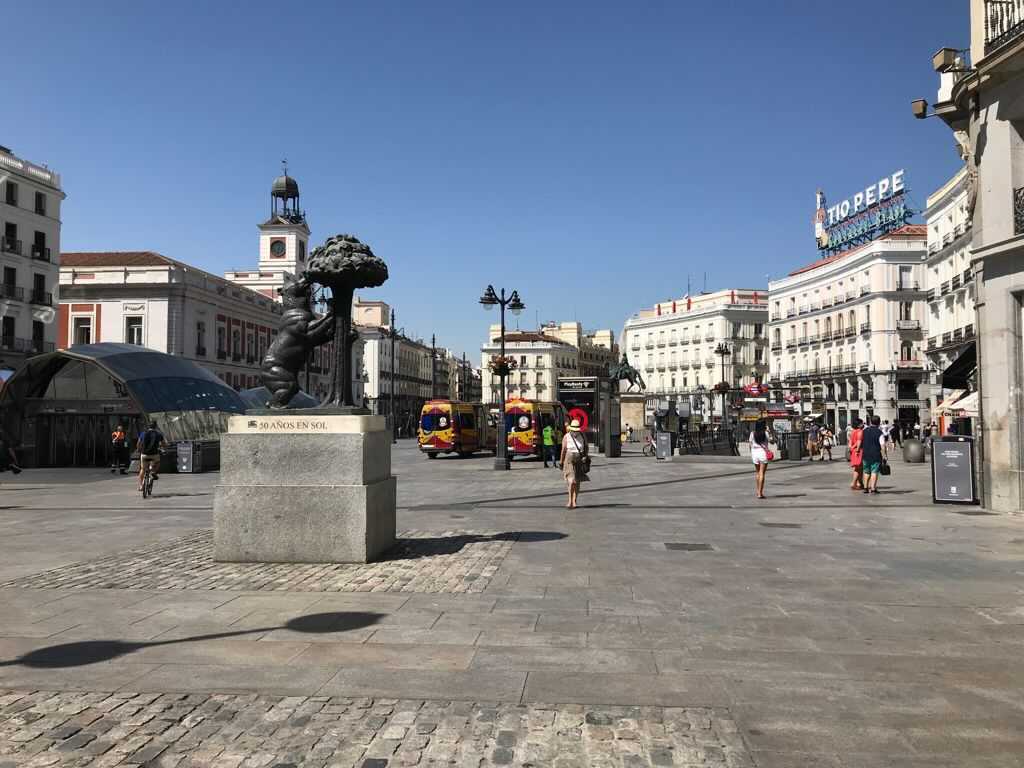 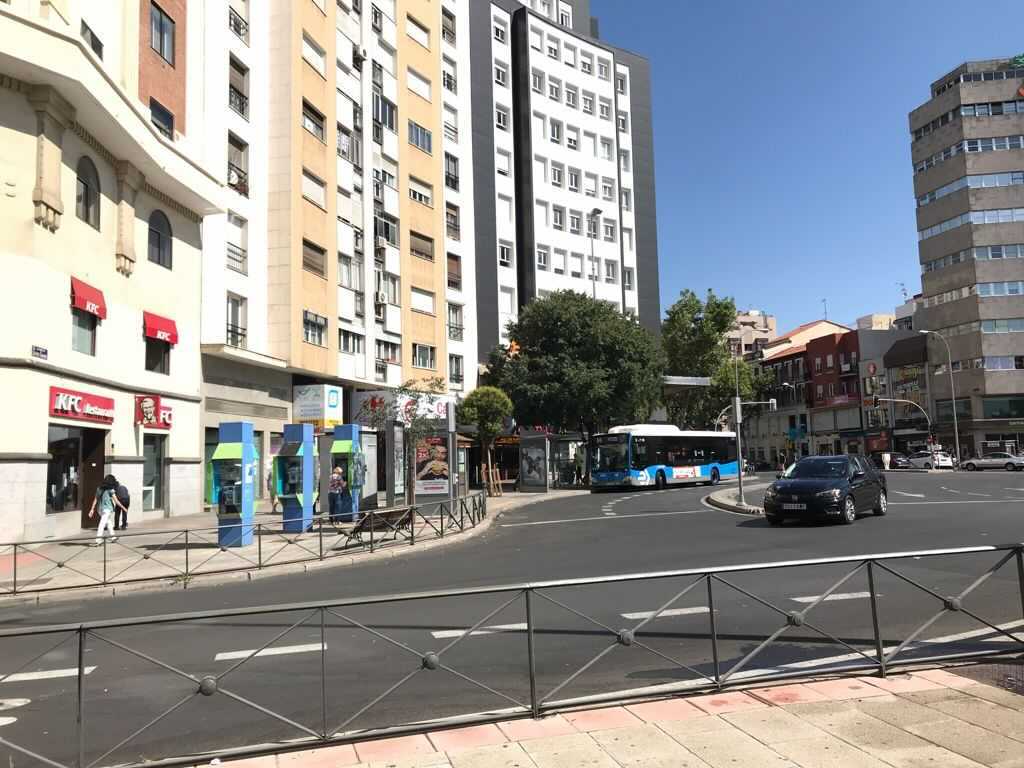 Fortunately, I arrived in New York safe and sound. I quickly filled out a simple form with personal information about my travels and my intended location. After, I left the airport and waited a few minutes for a taxi to take me to the quarantine hotel.

Amongst the first details, the staff at the hotel informed me of was their intent to check my luggage for any weapons, blunt instruments, or sharp blades. I only realized later that this was an effort to prevent any participant from inflicting damage to themselves or others in the room, as it had other interesting modifications. Both the shower and faucet sink had the plunge taken out to prevent drowning, with both faucets only allowing slightly warm water as the hottest option. The complimentary clothing iron, board, and hangers were removed and no door was able to be locked.

I thought they were reasonable modifications to prevent people from inflicting self-harm. While I had gone through a strict lockdown in Europe a few months prior, most New Yorkers were not bound by such strict measures. Many were able to go outside for a run or walk for some fresh air. Most of the nurses were surprised by how well I was doing inside my room. 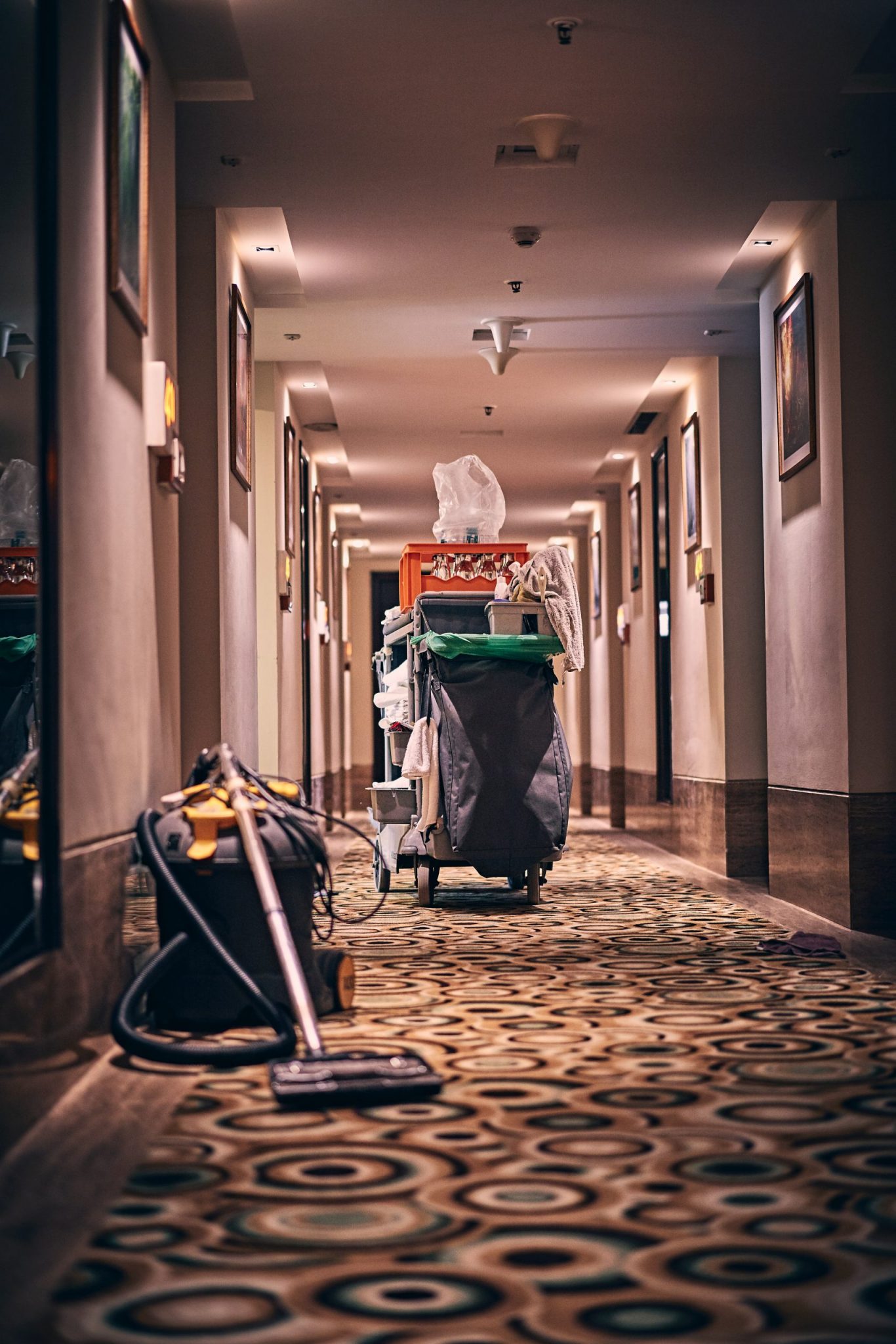 The two-week stay was better than I could’ve anticipated. The beds were comfortable and clean, garbage was collected daily, with laundry service offered once a week. There were three meals daily sent to our rooms, with the only caveat being their times. Breakfast was 7:00-8:00 am, lunch from 12:00-1:00 pm, and dinner from 6:00-7:00 pm. The early dinner did lead to some hungry nights. Fortunately, however, we were able to order delivery to our rooms. Another downside was the nurses checking up on me around 1:00 am and 6:00 am to offer any care or medication. I understood the protocol, but it made getting a night of decent sleep difficult nonetheless.

To pass the time we had a TV with local channels. The nurses offered us opportunities to step out for a walk to get fresh air, something I was comfortable in rejecting. Instead, I used my free time to search for jobs, work on editing my Spanish-cuisine recipes, and arrange other needs like healthcare and housing.

Before I knew it the 14-day period ended and the city hailed me a taxi to my house. I saw my family for the first time in a year. That same week, after submitting over 30 job applications, I landed an interview at both Amazon and Chipotle in Midtown Manhattan. They hired me shortly thereafter. 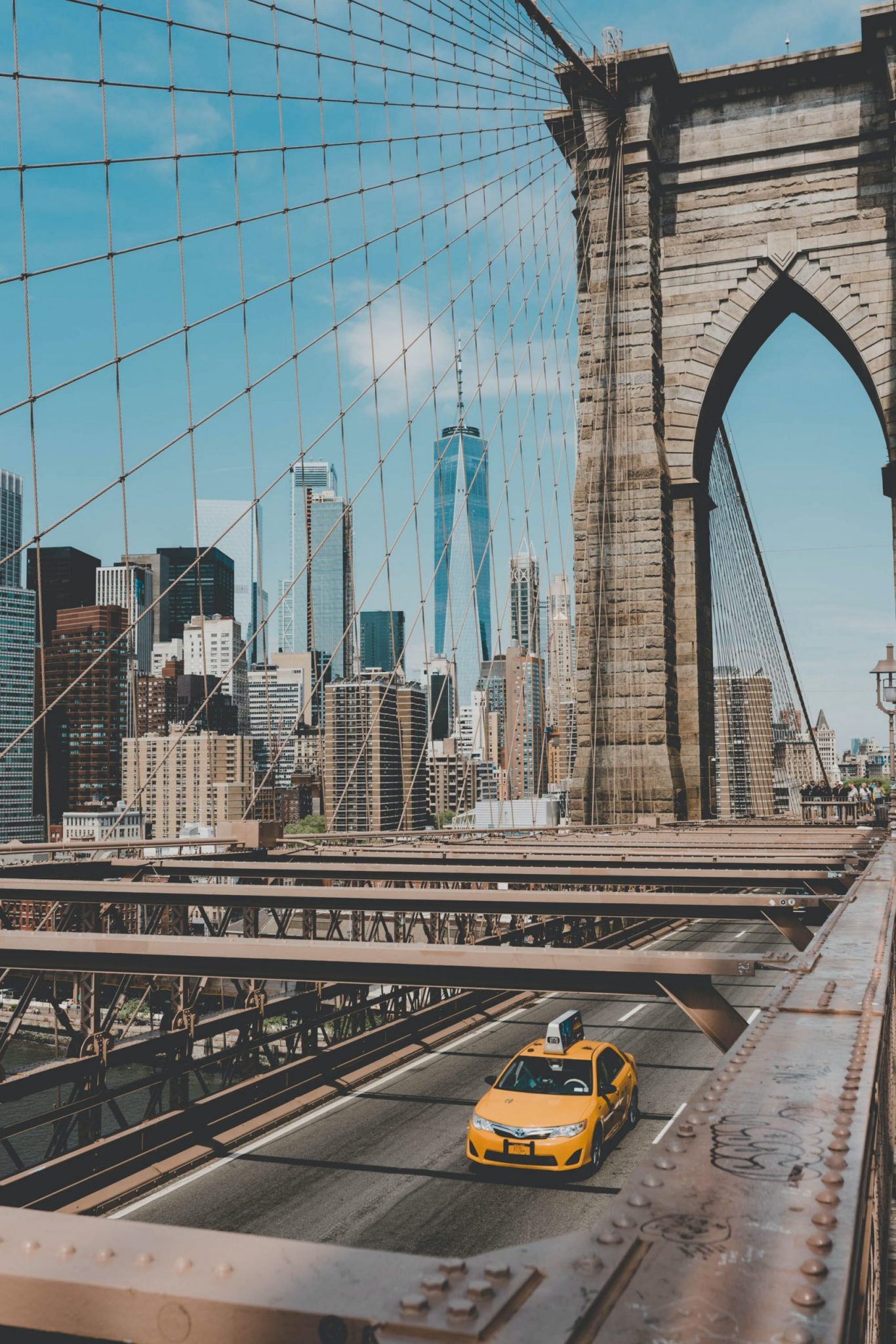 I knew from even my first year in Europe that I would have to work my tail off to pay off any debt I would’ve amassed from traveling across the continent. After my final weekend in Madrid which included my flight, hotel room, and paying for overweight luggage, my credit-card debt totaled slightly over $12,000. My two jobs allowed me the opportunity to work over 50 hours a week, as Amazon allows their Prime Now shoppers to select their own shifts and Chipotle provides me with my schedule three weeks in advance. Fortunately, much of New York has been closed or operating with limited hours since the height of the pandemic. I didn’t feel like I was sacrificing my social life. Plus, it was down to me to stay safe and avoid the virus as much as I could.

After almost four months of employment, I’m happy to say that I have paid off three credit cards and my debt is now at around $6,000, half the amount from when I came back to the States. It couldn’t have happened at a better time as I intend on going back to school in a few weeks for the Spring 2021 semester to finish my degree. I will try to keep both jobs to keep chipping away at my debt over the course of the semester. When summer arrives, I can resume working 50 hours a week to start saving for my next adventure abroad. 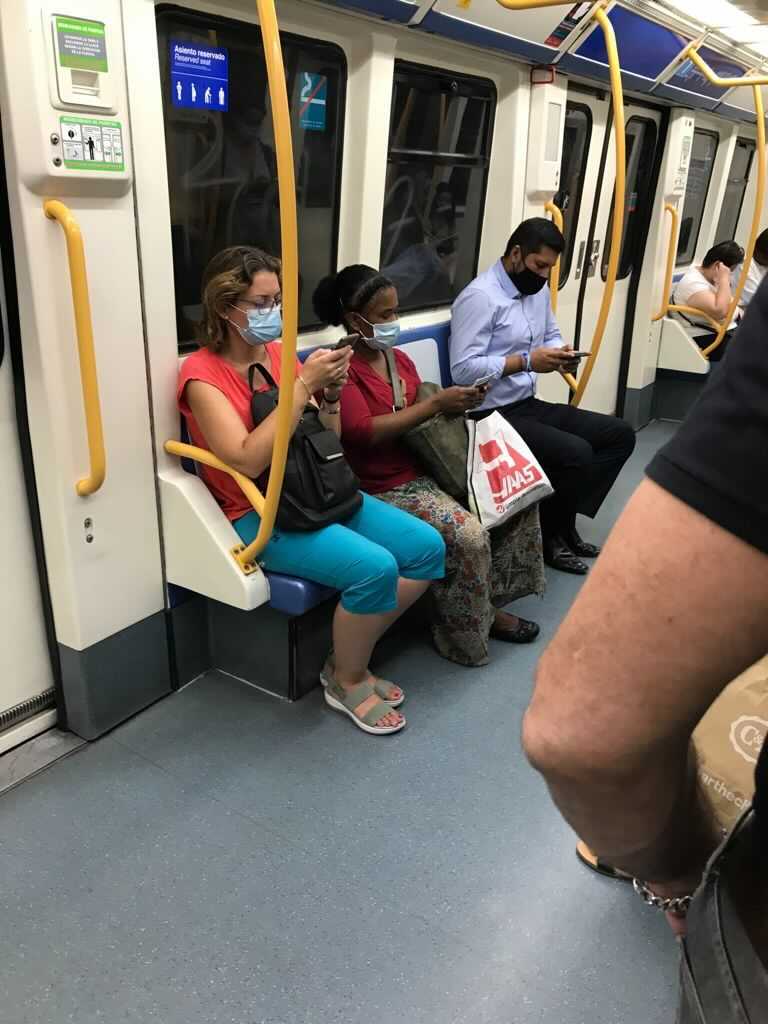 I don’t seek information about my town or Spain as frequently as when I first returned to New York, but I’m satisfied with the decision I made in not teaching for a third year. During this school year, traveling between regions was prohibited, Christmas celebrations were limited to members of a single household, and my town has seen over 300 cases at the height of this second peak. I miss Ontinyent dearly, but this year would have been more sour than prior years. I’m hoping that when I return to the town it’d be to see it as I remember it.

*CDC is recommending quarantine guidelines based on pandemic data. This data is subject to change over time. Check the Centers for Disease Control and Prevention website for regular updates. 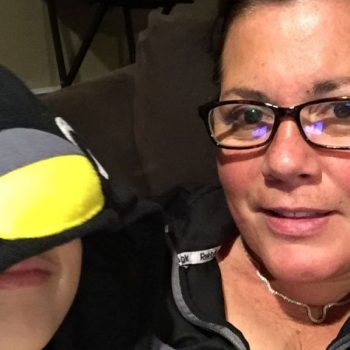 November 14, 2016
“Madrid especially has won my heart.” – Cate Dapena I will never forget my first encounter with Cate. I met…
Read More 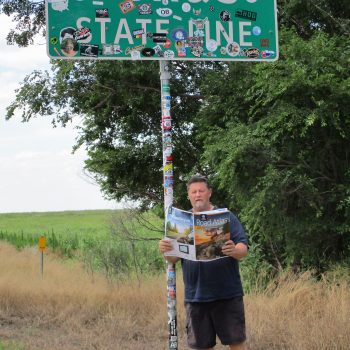 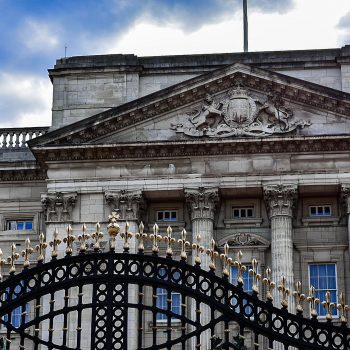