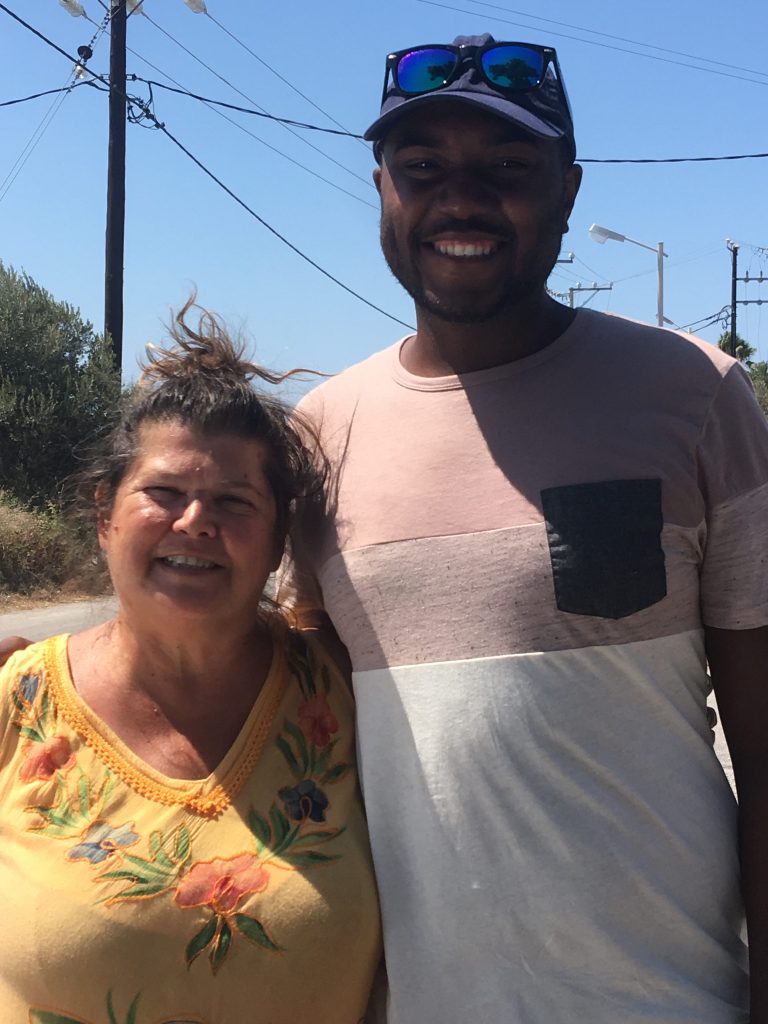 The Adventure Continues: Part Two of my Summer in Greece 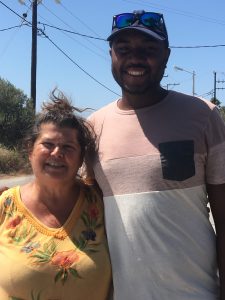 After a month on Skyros, I was ready for the next stop in my summer adventure in Greece: Rhodes!

Rhodes is a totally different experience from Skyros. Where Skyros had a population of about 3,000 people, Rhodes is a much bigger island with 115,000 residents.  On Skyros there were more goats than people but Rhodes has miles upon miles of hotels and resorts on the coasts. It was definitely a lot to take in at first. I had done some research on Rhodes but I didn’t expect it to be that much of a bustling vacation island.

I began my next adventure; helping out in a yoga retreat. Luckily, my new workaway was tucked away on the west side of the island, away from all the bad quad drivers and screaming children (honestly how is that a vacation?)

My duties included helping plant new trees and flowers, (which is actually harder than it looks), helping clean the facilities, setting up tents and assisting with events. On one occasion, I was asked to help with getting a guest to pay for their stay. It is odd, Greek people can be very direct except when it comes to asking for money for goods and services rendered. As an American, I have no problem with it. Time to pay up!

If there is one thing I will never get sick of it’s picturesque towns in Greece, and Theologos is no exception! I had to walk through through town everyday to get to and from the beach (Remember: Goal #2 of this whole summer!) and the villagers were always so friendly and would offer up a “kalimera” and “yassu” every time I would walk by. 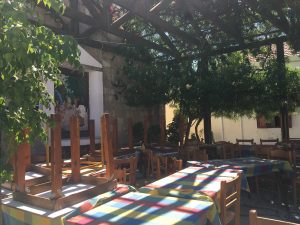 Another beautiful Greek restaurant, closed during the day. 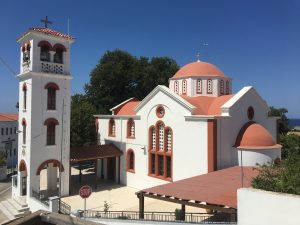 This church sits at the entrance of Theologos and welcomes you into the beautiful town.

One of the best things about walking to and from the property was these three angels greeting me each time. They would run up to me and I would play with them for about 10 minutes! If I was trying to catch the bus into Rhodes City, I would actually leave an additional 10 minutes early just so I could play with them! I would then spend the rest of the walk to the bus stop thinking of ways to smuggle them back to Spain.

They would lay on my feet and make those adorable faces.

Rhodes wasn’t all strollers and luggage running over my feet, there were some truly stunning natural landscapes. The Valley of the Butterflies was only three kilometers from the yoga retreat. This lush environment is home to only one species of butterfly and it is nocturnal. I bring this up because while there I ran into a lady who was throwing large rocks at the sleeping butterflies in order to get pictures of them flying around, never mind that she killed a dozen or so in her effort for the perfect Instagram picture. See, tourists ruining everything! 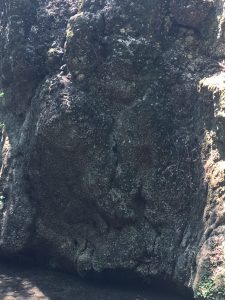 There was a sad moment when my travel buddy of two months had to leave. Even though we were going to see each other again in about a month back in Spain, we were still super emotional! We had been on some wild adventures together. Something about camping and doing deep breathing exercises just tears down all the emotional walls! 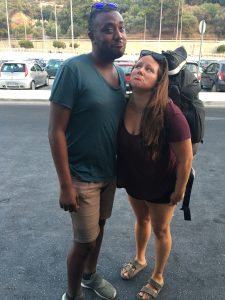 A month is too long!

Although I was here longer than I had been on Skyros, my time in Rhodes seemed to almost fly by. Almost. Fun Fact: did you know that about 20% of people are more prone to mosquito bites than other? Guess who is a lucky member of that 20%? There I go again, being exceptional!

The end of my time in Greece almost felt surreal. One has to take ferries to get around to the different islands and each island feels like a world on its own. When I made it back to Athens, it felt as if I were already back in Madrid in my normal daily routine. Greece will always have a place in my heart; the people are strong-willed and generous, Greece’s natural beauty definitely lives up to the wonder that has inspired millennia of writings, and don’t even get me started on how great the food is! I will miss Greece with all my heart, but I’m lucky enough to leave one amazing place for another. Time to head back to Spain! 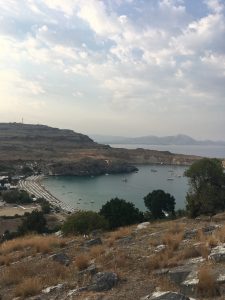 A beach within a stone bay! 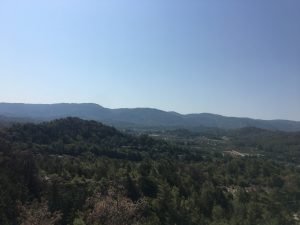 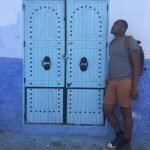 Living Through a Different Lens

June 2, 2017
by Justin Hughes-Coleman My name is Justin and I am currently living in Madrid, Spain and working as an English…
Read More 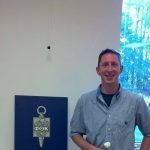 Teach in Spain and Learning How to Live

April 18, 2018
by Justin Hughes-Coleman Kyle Talbott is a fellow auxiliar (Language and Cultural Assistant) that works at the same school that…
Read More 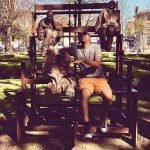 August 14, 2017
by Leesa Truesdell We asked fellow Dreams Abroad Members what they would do differently if they were just starting out…
Read More