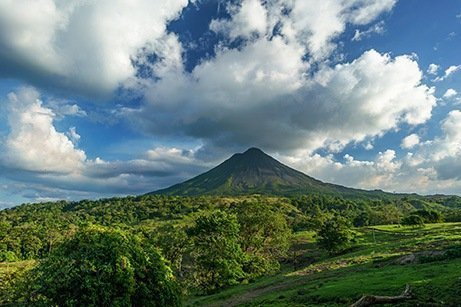 In an ideal alternate universe, I would be writing about how I am about to take off for a summer adventure jam-packed with travel! Last summer, I moved from Madrid to Miami, round-trip ticket in hand. I was able to convince a new friend I had just met to book a ticket for her first trip to Europe and travel with me. I backpacked around Europe for a few weeks. Then, I flew from Barcelona to Los Angeles and worked a summer program at UCLA for a few weeks. I visited San Diego, México, and San Francisco before making my way back to Florida. Part of me wishes that Summer 2018 was going to shape up just like Summer 2017. However, my life is in a very different place than it was a year ago. 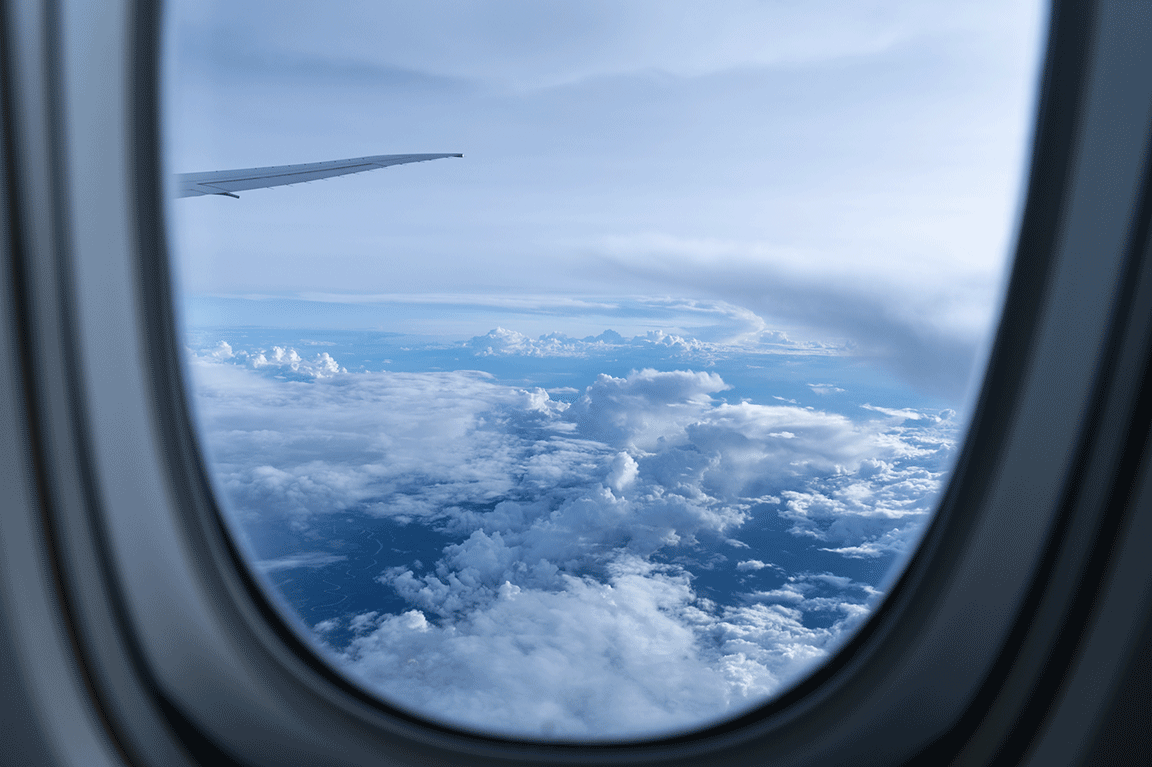 Reality Sets in for Summer 2018

During this summer adventure, I will be in Miami teaching as an adjunct professor at the local community college. I’ll be involved with the English for Academic Purposes program for the whole summer term. In addition, I’ll be working a part-time job at the University of Miami. Later in the summer, I’ll be teaching a few courses at the University of Miami’s campus. I’ll be involved with the same program that I worked at UCLA last summer. However, on a positive note, I am really grateful for my work opportunities and at peace with making the career transition from the K-12 world to higher education.

This does not mean that I won’t be able to fit in some travel this summer! In fact, I’ve been out of town for the past two weekends, and I already have plans to go out of town next weekend. There hasn’t been a dull moment yet this summer.

Two weekends ago, I flew to Nashville for, literally, only ten hours. Although it was an utterly chaotic day, I am glad I went, even if it was only for a short time. My youngest sister was graduating from high school and I refused to miss it. Unfortunately, I absolutely had to be back in town to teach on Monday morning. To add to the chaos, American Airlines changed my ticket last minute (although, I can’t really complain when I booked with miles and paid only $5) and then I had a layover in Charlotte, North Carolina.

I made it into town with just enough time to do everything I needed. I grabbed the rental car and quickly met up with a friend that had just moved from Miami to a little town on the Tennessee-Kentucky border. Afterward, I saw my sister’s graduation. I quickly ran over to my friend’s to return some of her things, and then picked up some boxes with some of my old clothes from her garage. Finally, I was able to spend a few hours celebrating with my family before heading back to the airport. 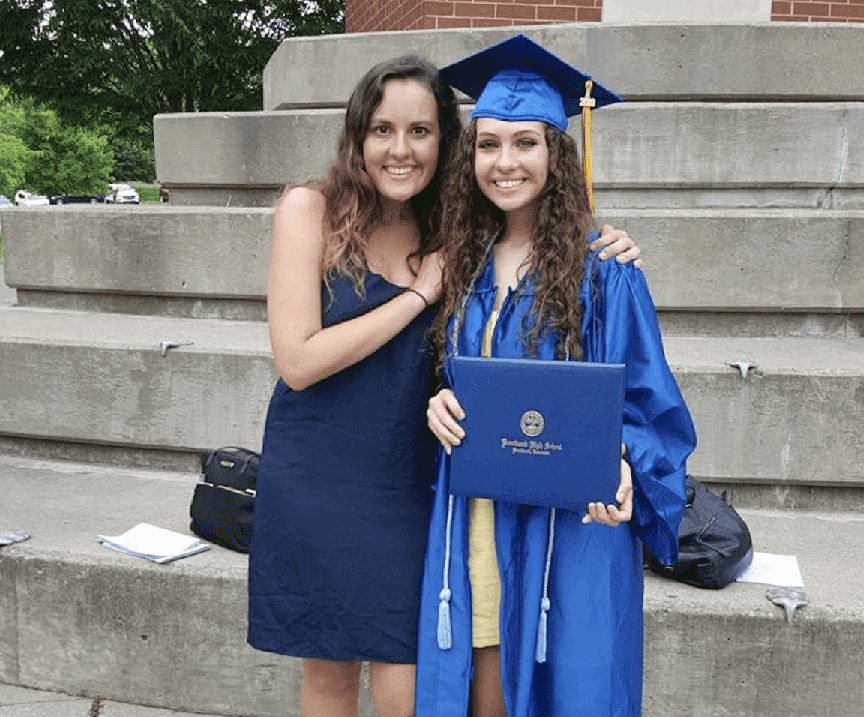 The Trip Home to Nashville

If I thought the flight to Nashville was bad, my flight back was hectic. After making it through security, I remembered that I had left some things in the rental car. With a gasp, I ran back and grabbed them, but that meant I had to go through security all over again. Thankfully, the Nashville airport is tiny. It’s almost always a quick process.

The flight itself was also awful because of stormy conditions. All I could think about was the friend that I had asked to pick me up. Although she lives in Miami, she had agreed to pick me up at the Fort Lauderdale Airport (about twenty miles north of Miami). I had to route my flight this way because my ticket was with Southwest Airlines and they don’t have permission to fly into Miami. The pilot circled the Fort Lauderdale Airport for over an hour unable to land because he couldn’t see the runway.

When we finally landed in Fort Lauderdale around 2:30 A.M., he thought it would be funny to announce that they had to make an emergency landing in West Palm Beach (about fifty miles north of Fort Lauderdale, so very believable). I nearly lost it. Understandably, I was extremely relieved to not be in West Palm Beach. By the time I had gotten my suitcase (which only reinforced my typical habit of traveling with only a carry-on), had dropped off my friend, and made it home, it was 4:00 A.M. I had to be ready to teach by 8:00 A.M. that day! 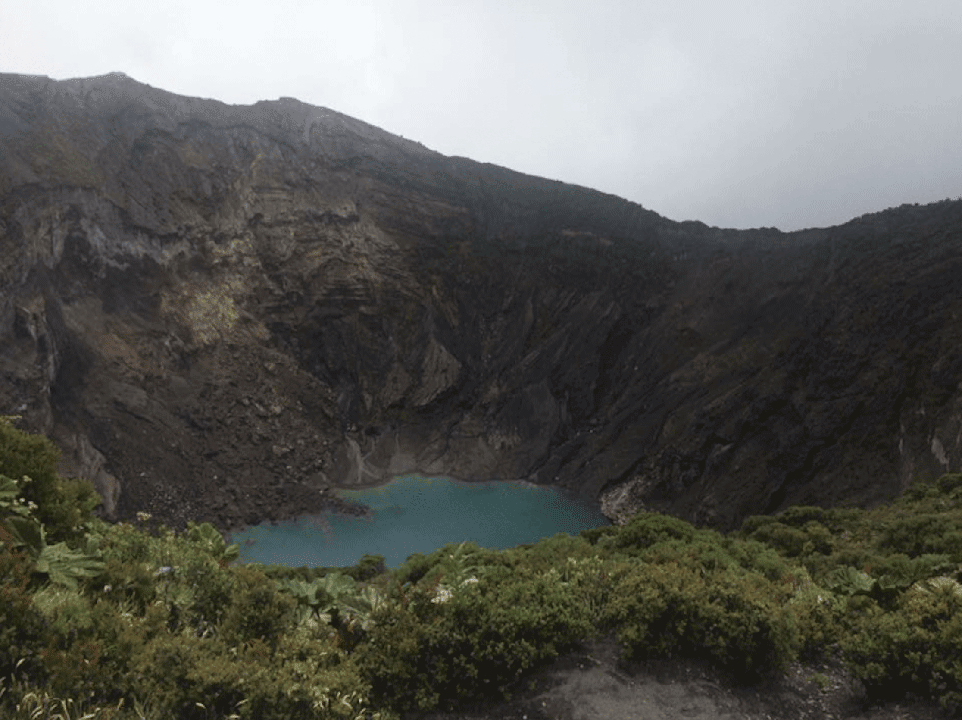 The next weekend was Memorial Day weekend. I took advantage of the extra day off by planning an impulsive trip to Costa Rica. I decided to go to Costa Rica by playing around on Skyscanner during my lunch break. Goofing off, I plugged in Miami to anywhere, semi-seriously researching the cheapest destinations for my travel dates. I saw I was able to go to Costa Rica for under $200, round trip, right out of the Miami International Airport. Luckily, I found a very decent hostel for a mere $7 a night. I was sold. Costa Rica it was for a quick summer adventure!

Travel Tip so You Can Afford to Travel

I share this information because people ask me all the time how I afford to travel so much. My response is that traveling does not have to be expensive! You just have to be flexible. At the same time, I was also considering going to Charleston, South Carolina to visit my little brother. He had just started serving in the Navy. Distance-wise, it was further. Cost-wise, the weekend would have been twice as expensive. However, nobody would have been shocked or questioned how I could afford to go to South Carolina “just for the long weekend.”

After I finished teaching on the Friday before Memorial Day, I headed straight to the Miami airport. I had a layover in Panamá City, Panamá (a city I have yet to visit). I was somewhat (scratch that – very) disappointed that my layover was not long enough to leave the airport. Fortunately, I was able to explore some interesting cultural displays at the airport, sit back, and drink Panamanian coffee. I wasn’t terribly disappointed because I plan to visit Panama in January for Jornada Mundial de la Juventud (World Youth Day). I will get to explore Panama soon enough, and I am excited about that. For now, I decided to focus on my Summer 2018 adventure. 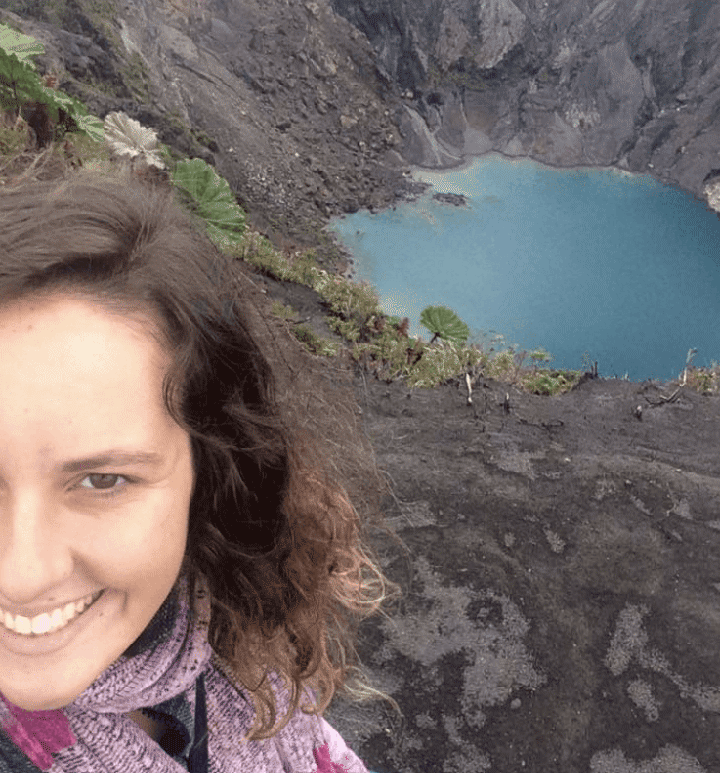 When I landed in Costa Rica, it was late, and I was exhausted. The first thing I did was get a Costa Rican sim card for my old, unlocked iPhone and ordered an Uber to my hostel. A few travel tips:

If I go back to Costa Rica, I will probably just rent a car. I was hesitant to do so at the time because the roads and traveling conditions that I have witnessed in Central American countries have not been great. However, most of Costa Rica is very well developed. Honestly, Miami roads and drivers are far worse.

What I did While in Costa Rica

While I was in Costa Rica, I did a guided rainforest tour, hiked a Volcanic National Park, and explored the city of San José. Costa Rica is stunningly gorgeous and definitely one of my favorite places I’ve ever been. There was so much that I wanted to do that I didn’t have the time to do. I definitely plan to return. The people were incredibly warm and welcoming. The nature was incredible. It was a perfect little “escape.” Although I may have momentarily questioned my life choices as I stood in customs at 3:00 A.M. with work that morning, it was definitely worth it to travel “just for the weekend.” Not everyone can take weeks or months off to travel extensively, but most of us can take an extra day here or there to explore a new place. You will never regret taking the trip.

What the Future Holds for a Traveling Go-Getter

Next weekend, I am going out of town for a conference. However, after that, I intend to stay in Miami for at least the rest of June. I don’t intend to make many more trips this summer! I plan to go to Orlando at some point for a weekend to visit with my family. Also, I want to make it down to the Florida Keys, and possibly to Charleston to visit my brother. I have about a week of free time in August between summer and fall terms where I may or may not try to squeeze in one more trip.

On my Costa Rican rainforest tour, I met some wonderful Costa Ricans. They told me how Costa Ricans do not take advantage of the wonderful beauty in their backyards. They told me of how they often, instead, spend a lot of money to travel abroad. I realized that the same thing is true of Floridians. There is a lot of beauty in my own backyard, as well, and I hope to explore it more this summer. The Costa Ricans have a phrase, “pura vida,” which means, “simple life.” Not everything needs to be a giant adventure!

My Summer Adventure is Coming to an End

As for the coming fall semester, I will be back in graduate classes. I’m working a graduate assistant position at the counseling center, completing a practicum, and continuing to teach a few classes in English for Academic Purposes program. It will definitely be a busy and exciting semester, and I do not want to begin running on empty. Balance is key. Traveling is great and rewarding, but it is also exhausting and takes a lot out of you. Sometimes, just laying out by the pool is enough of a summer adventure. 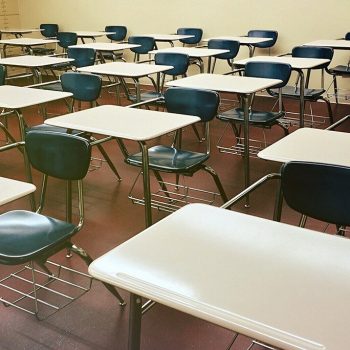 May 7, 2020
by Bebe Bakhtiar Not to state the obvious, but the coronavirus pandemic has undoubtedly reshaped our education system. From school…
Read More 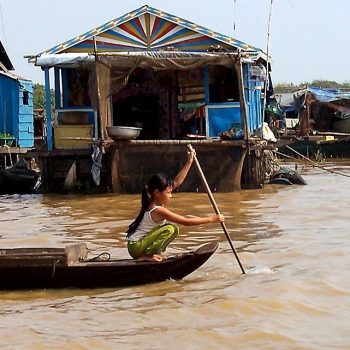 January 9, 2020
by Edmond Gagnon (Harold) Michael Carter was born and raised in Stratford, Ontario. He studied journalism and discovered at an…
Read More