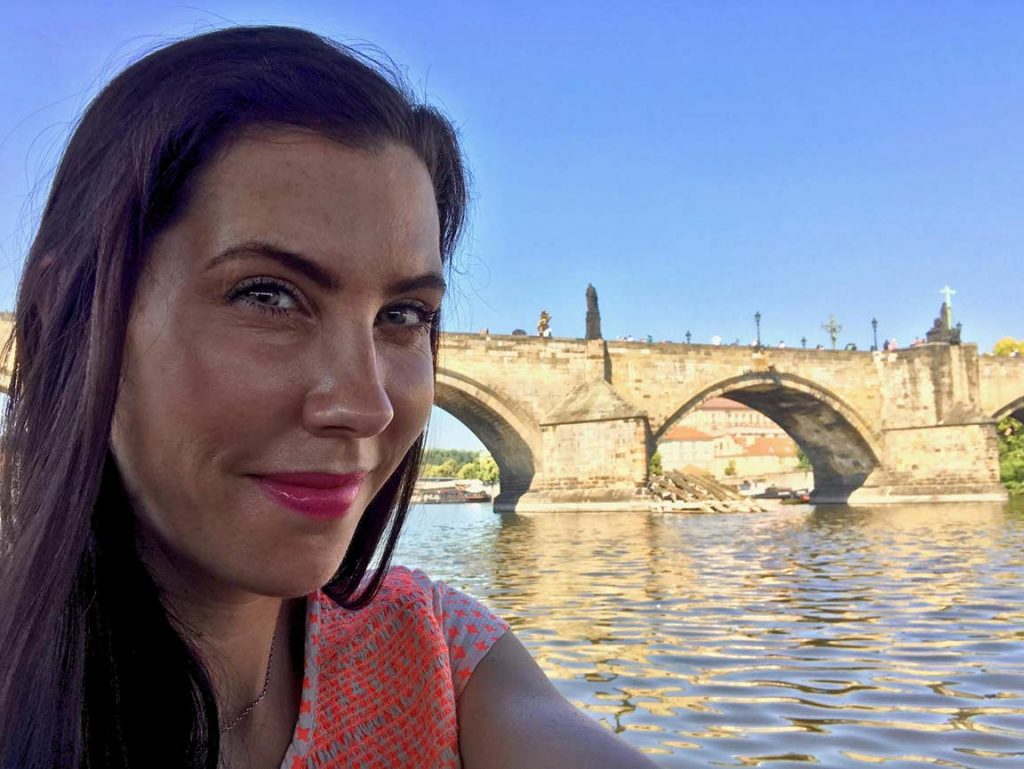 A forethought to what subscribers will receive in the months ahead:

I often think about my year in Madrid with a smile in my heart. Although I experienced some of the most challenging times in my life, I look back with a sense of gratitude and self-achievement. I know I accomplished what I needed to in order to get where I am now. Life has its cycles and then it has its phases. Although we do not know it as we are living it, when we reflect, later on, we realize how critical the hard times in life are in order to make us stronger and more resilient. Three factors: culture, travel, and music played a key role in making me more resilient as I continued on my path while living day-to-day in Madrid after the loss of Tata. 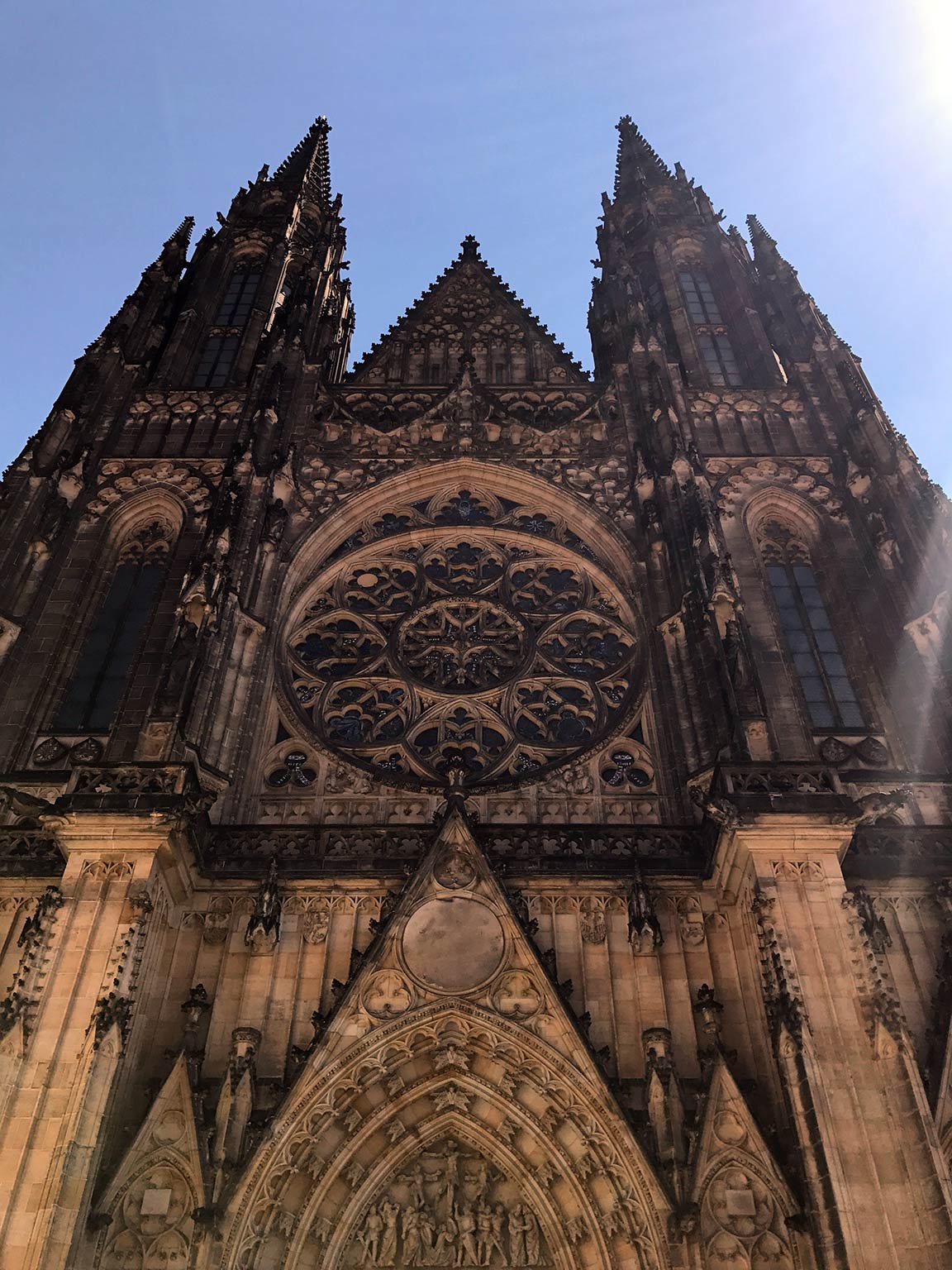 The reason I decided to do my year abroad in Spain was that I wanted to learn more about where my ancestors came from. They were originally from Mallorca, Spain, and eventually migrated to Puerto Rico. What I soon found out was that nothing in Madrid was similar to me or my heritage! But, by the end of the school year, it would be a new part of me—a good part of me. I learned from my students about the city of Madrid, their home, and also, about their family villages outside of the city. I was able to learn about all the different regions of Spain from my students. Madrid wasn’t familiar to me at first, but now, it’s a memory and it’s part of me.

Get Yourself Lost In Travel

Traveling was my way of learning more about people and different ways of life. I felt empowered each time I would get back from a new place that I had explored. By seeing other people’s lives, I reflected upon how I was living my own life and I learned from exploring. Living in Spain, I was forced to slow down and smell the roses. I readjusted my life (without having a choice otherwise) and was able to sort out some of the things that I had missed. Each town, street, and building I entered would soon open my eyes to new ways of life.

Before and After: Czech Republic 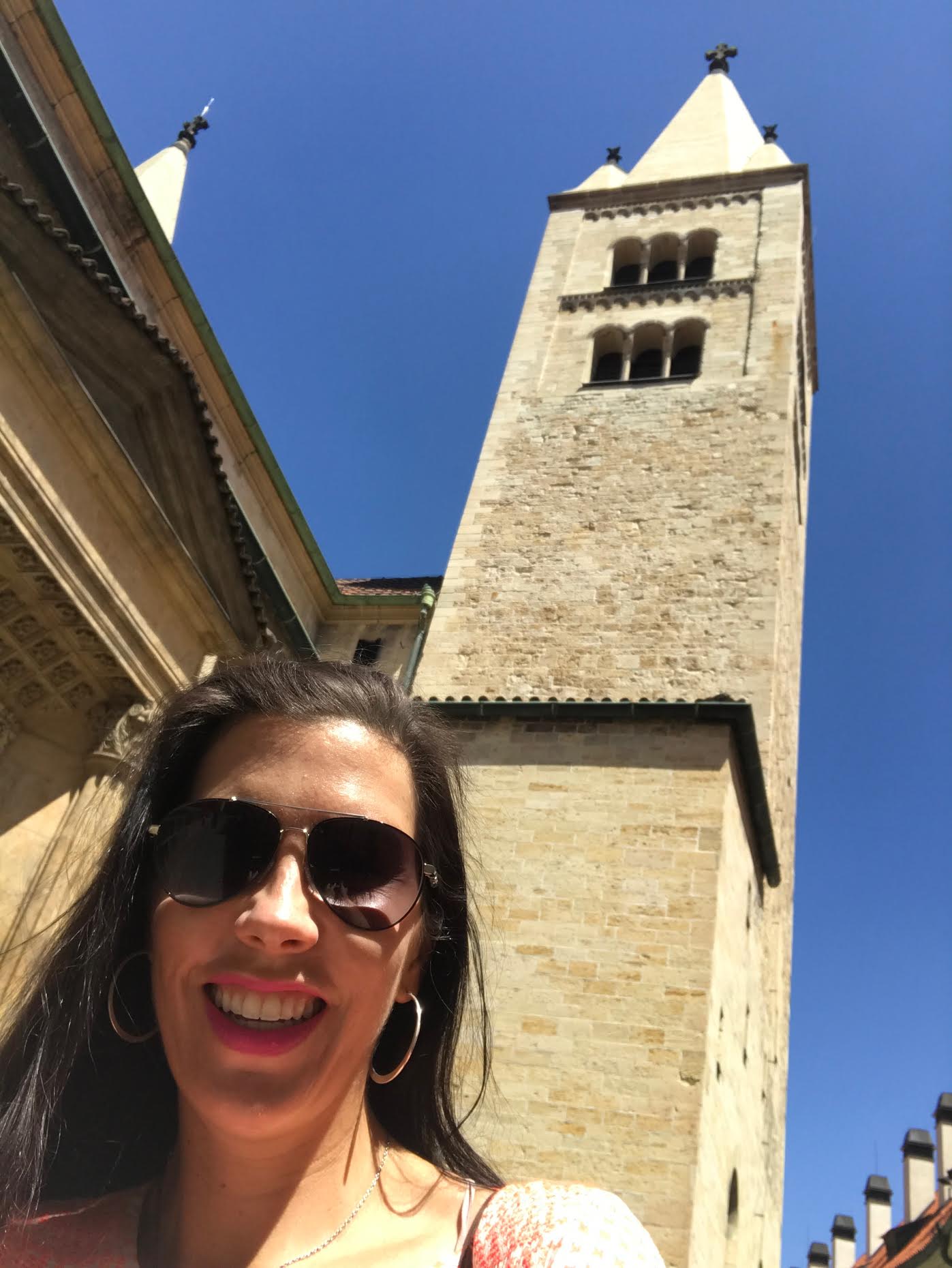 beautiful. I had studied about Czechoslovakia in my 9th-grade Geography class and learned about the conflict that had happened there. I was able to see what life was like after that event. For a life-long learner like me, these travels meant more to me than anything I could have ever read about. I am a more aware and open-minded person because of these travels. Tata may not have been around to hear the end of this part of my journey, but I know she would have been so proud.

My grandparents traveled extensively over the course of Papa’s career. I grew up listening to stories about Africa, Thailand, Iran, and Brazil, just to name a few. My year in Spain gave me the confidence to travel to wherever I wanted when I wanted. Most importantly, it made me feel more empowered to travel. At the end of my year in Spain, I decided to plan a solo trip to some countries in Eastern Europe (something I would have never done before my year abroad). I wanted to spend this time reflecting on my life and my future, but I also wanted to see the many things that I knew my grandmother would have wanted me to see. I wanted to make the end of my year abroad – one that I didn’t think would be without my Tata—the most memorable I could.

I’ve written about music and its importance to me over the course of my six-part blog series – and I want to stress it again. For each post, I went through small music phases that helped while being abroad. I listed a song title and explained the meaning it had for me at that period of time. Hearing songs that I listened to in Spain a year ago takes me back to that moment in time. I can hear the song, as most of us can, and feel as if I am on that metro or walking down that street and my life hasn’t changed. It feels as if I am right there. It’s a pretty cool feeling! And then as the song ends, I realize I am back in the States and things are just as they are. 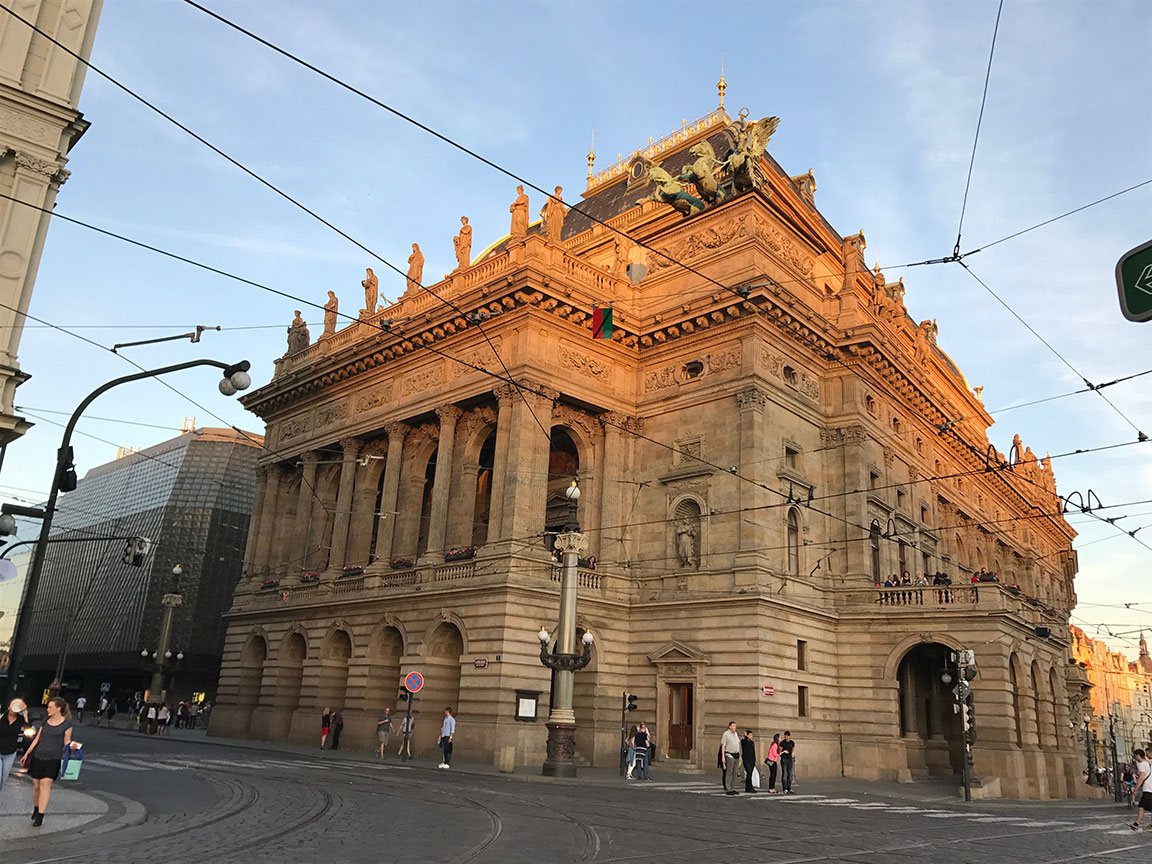 Music is a very important part of my life, and it got me through many hard times in Madrid. It was also a very important part of Tata’s life. She was gifted in the sense that she could play the piano by ear – not by reading music from a sheet. She spent the last years of her life playing the electronic keyboard in her 4th-floor corner condominium in Kings Point, soothing herself and her worries by playing Tony Bennett to all who would listen. The last time I saw her sweet, smiling face was on Christmas Eve after she played one of her most favorite Christmas carols… Jingle Bells.

Looking back, I know now that going to Spain had its place in my life for a reason. The reason being that I needed to work through me—I needed to encounter everything the way it happened, exactly as it did, in order to find the answers that I have now. Spain made me a stronger, better person although at the time it didn’t feel like I was.

As Carrie Bradshaw says, “The most exciting, challenging, and significant relationship is the one you have with yourself.” 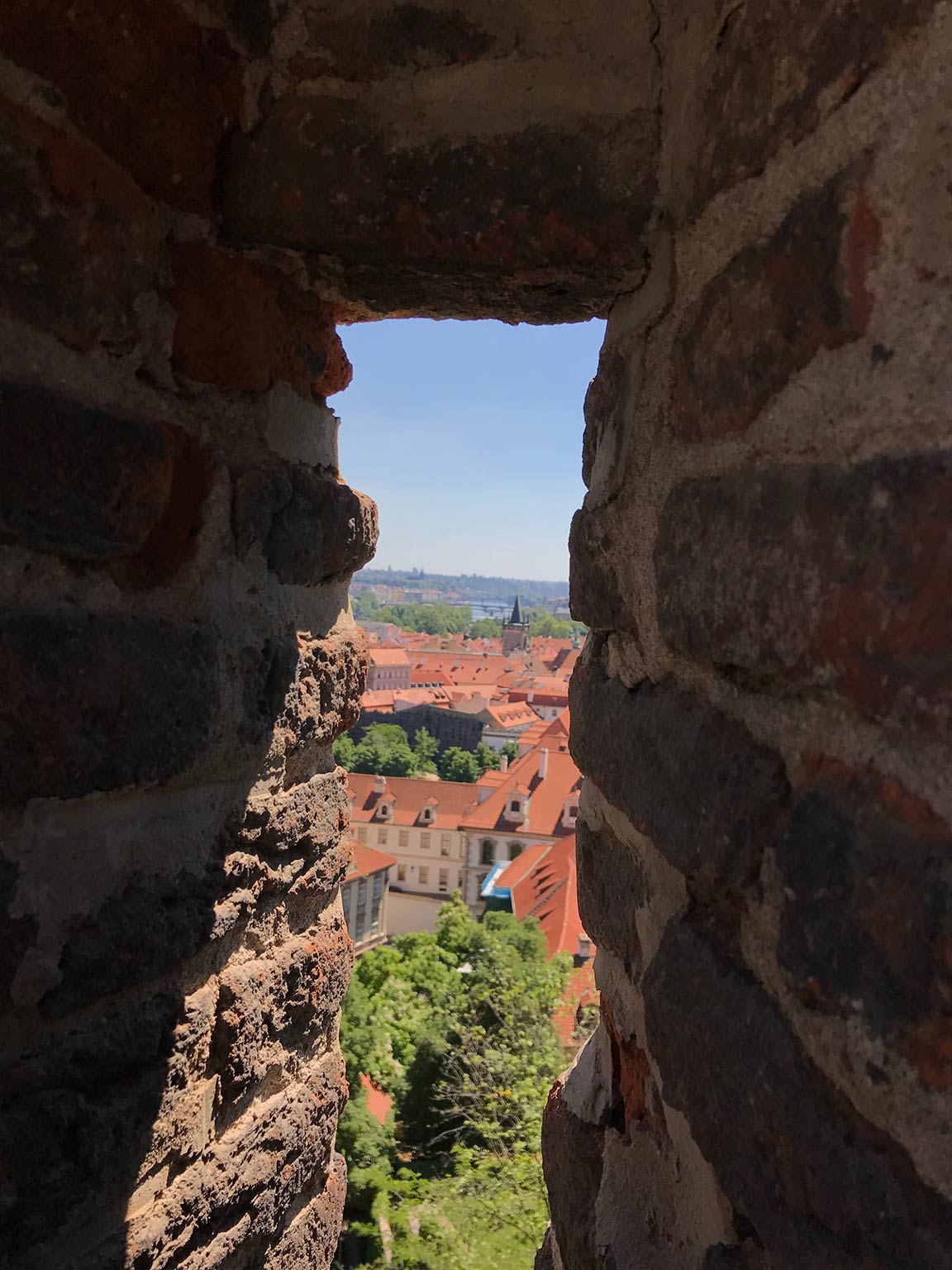 What I realize now is that you can’t be of use to anyone in your life if you don’t have a good relationship with yourself. Spain gave me the time to get to know myself on levels that I would have never had the opportunity to have, had I been in the U.S. If you don’t know yourself, what you like or don’t like, what makes you tick with anger, or what makes your soul feel like it’s about to burst with passion…. then, this quote applies to you. It applies to ALL of us. Many Americans get stuck in the rat race and never really find this answer for themselves. Then, they get married, have kids, and BOOM! Ten years later, they’re questioning their choices. Living in Madrid exposed me to the European mindset and their traditions as opposed to solely being exposed to American traditions. Neither one is right or wrong, but it just boils down to self. Most latter generations (Madrileños) Spainairds wait until much later in their lives to get married and start a one child, maybe two (at most), family.

This sounds so cliché but I say this to myself weekly: you only have one life, so live it, live it hard. 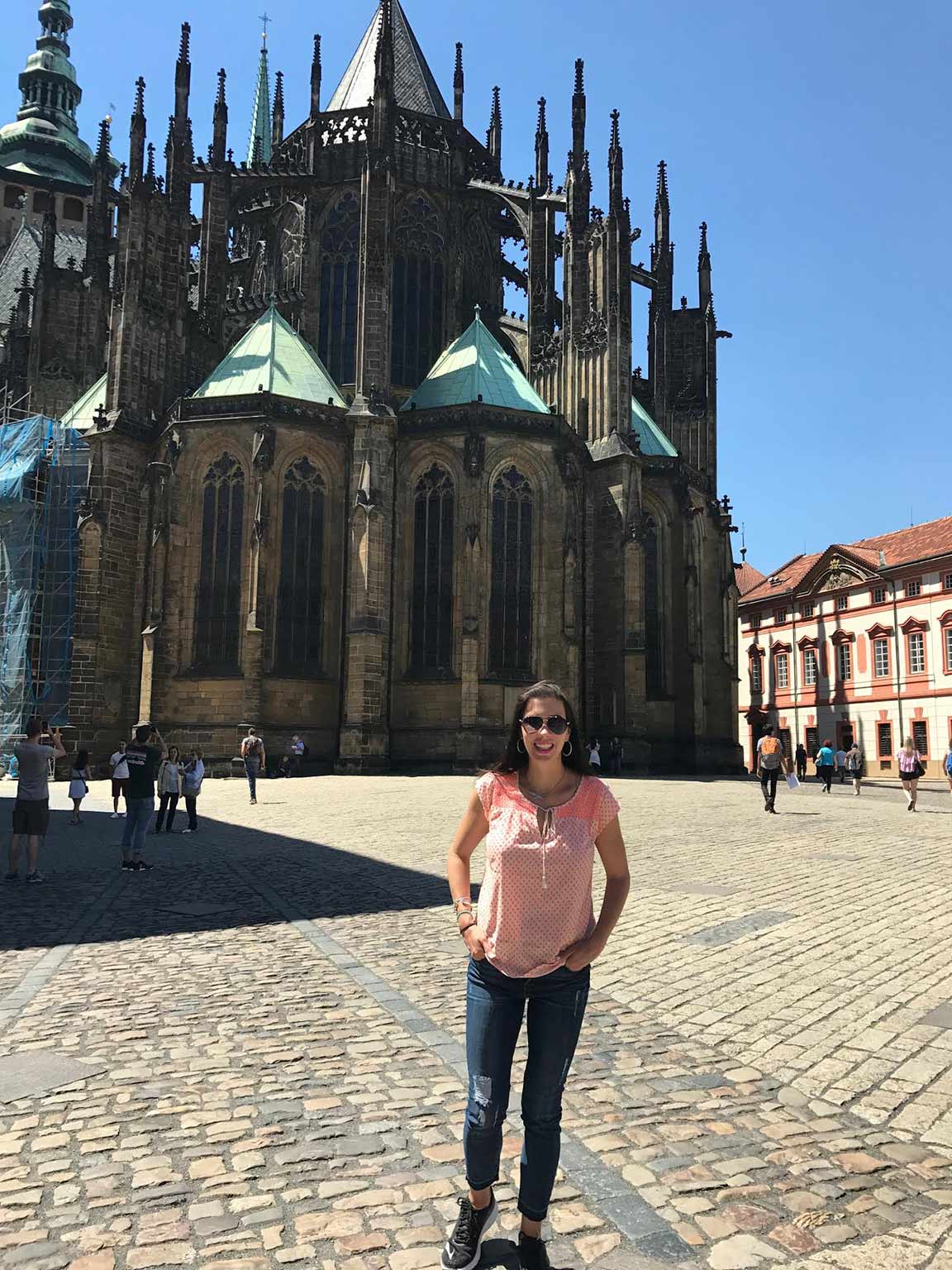 I will post some these travels in our upcoming travel section on our site—stay tuned! Also, there will be one more conclusion to wrap up the “Music is the Answer” series. This conclusion will discuss the plans and goals accomplished from Madrid 2017-2018. So, please subscribe! Your thoughts and feedback as our readers mean a lot to us—without you, we wouldn’t be here. Thank you for reading!

In my next blog post Music Is The Answer you will learn more about how I worked through the processes of loss, grief, and building resilience after the death of my beloved grandmother. This is a series of six posts describing the course of my last six months living abroad in Europe after her death.

Please subscribe and thank you for reading and being a part of the Dreams Abroad family!

Previous Post
Travel Survey: What Type of Traveler Are You?
Next Post
My Life in Kuwait After Graduate School in the USA 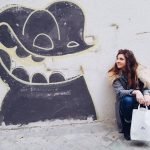 February 22, 2018
by Emma Schultz In the spring of her senior year in college, Ellen decided to apply to teach English in…
Read More 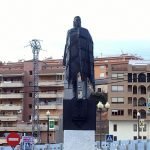 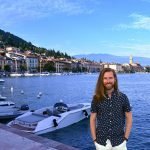 December 10, 2019
By Leesa Truesdell Michael Todd was born and raised in southwest Virginia. Before making the jump abroad, he worked an…
Read More