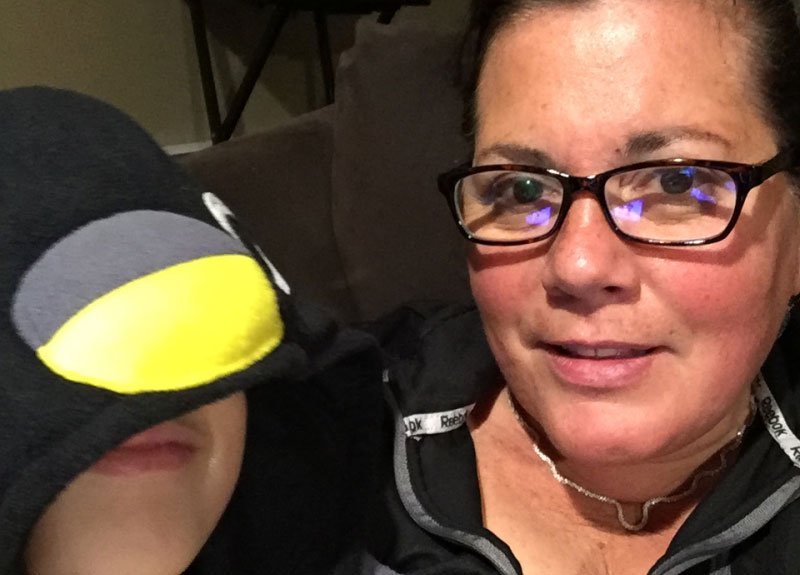 I will never forget my first encounter with Cate. I met her at the four-week CIEE orientation the morning after we arrived from the United States. While not a very talkative person initially, once you get to know her she has a sense of humor that can keep you laughing for days.

During our interview, she kept some of her responses short which reminded of the person I first met. Then, when she answered some of the other questions, Cate’s humor came out in full swing. Albeit hilarious, her responses were honest and real. Most of all, they made me realize that not only is she a woman of strength but also a woman of resilience. A woman who is strong but who sometimes has a softer side. 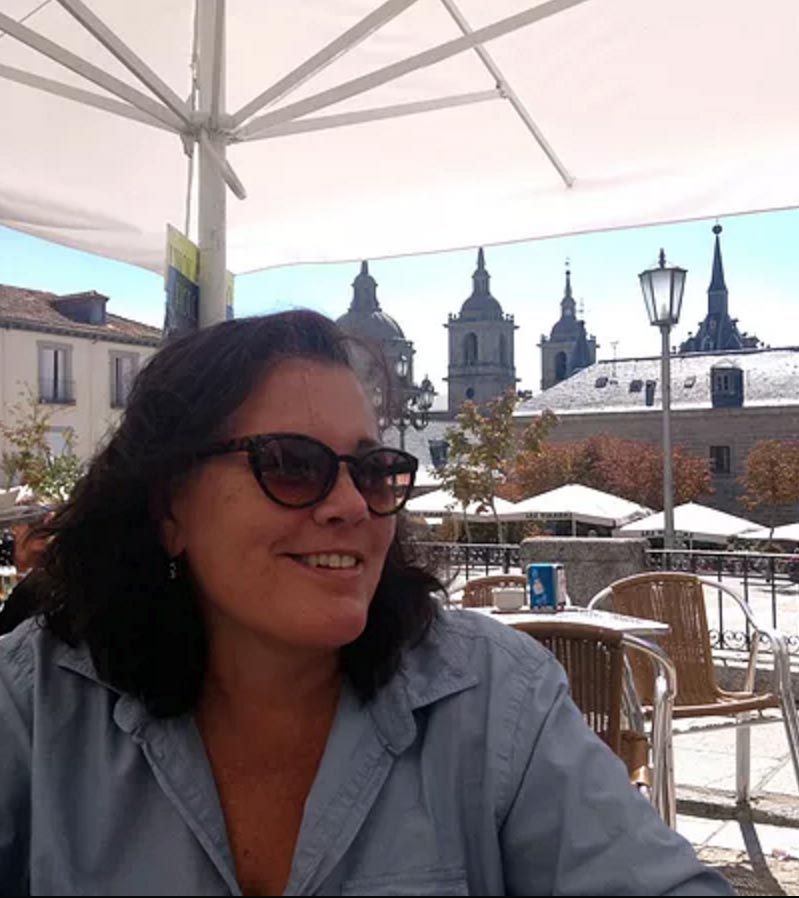 Cate was born in Philadelphia and grew up in Wallingford, a nearby suburb. Just before beginning high school, her parents and their four youngest children moved to South Florida. Here, Cate finished high school and then attended college at the University of Miami. During her first few years of college, her eldest daughter, Kristina, was born. She was a single parent going to school and working, while also going to discos several nights a week. It was the 80’s.

After college, Cate and Kristina packed up and moved back to Philadelphia, where Cate attended law school. She describes this as the most challenging (and rewarding) time in her life; alone in the city with a young daughter and going to school full time. But she made it! She passed the bar exam with smart goals and worked for several years in the city until her second daughter, Tess, was born. Cate stayed home with Tess for several years and never went back to practicing law. She’s had every manner of job since. The legal field was not a good choice for Cate, but she explained there is a stigma attached to leaving it and it was a very difficult time for her personally.

She’s had some wildly diverse jobs since then and has worked with every imaginable type of person. She’s found that what works best for her in a job is a fast-paced environment, lots of contact with people, and the ability to leave the job at work. “Essentially, I’m a pretty ridiculous person, and I can’t be happy doing anything serious all day. It just doesn’t suit me,” says Cate.

Why did you choose to come to Spain/Europe?

“One of my life goals is to learn to speak Spanish and several of my family members have been to Spain and loved it. Also important to me was knowing there wouldn’t be a crippling culture shock. I knew that I wouldn’t be able to handle somewhere like Thailand.”

What are some smart goals you have while you are here? 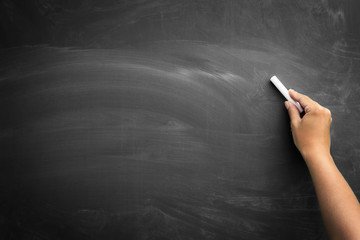 “I want to learn to speak Spanish on at least a very basic level and to travel as much as I can. Before coming to Spain, I had never been to Europe and I wanted to take this opportunity to see as much of it as I can. Honestly, I think I may have already achieved my primary goal, which was overcoming the fear I had about moving here! I’ve always marveled at the adventurous spirit of people who just pick up and go to “foreign” lands. I was terrified to do it and was determined to face and overcome that fear.

My goal of learning more conversational Spanish is crashing down around me. The more people I meet through the English conversational groups I lead, the harder it has become to procrastinate. Everyone has been so gracious about volunteering their time to speak Spanish with me. I am very uncomfortable with “sounding stupid” (fear again) even though that is a requisite of learning a new language. It’s time I got over that. I am so happy to help other adults with the process — it’s time I allowed myself the same grace period.”


“I have done many, many things — from a lawyer to a diner waitress — but I’ve never taught professionally before. I’ve only ever taught my own children. “

“I had no idea what teaching in Spain would be like. But, I assumed it would be similar to the United States educational system. At the time, I believed that I would be working with curious children sitting quietly, eager to learn. I could not have been more wrong. I am teaching northwest of the city, out in the Sierra, in a small public primary school.”

“I chose to teach abroad because two of my nephews had done the program with CIEE and I followed their ‘adventures’ with awe and envy. I thought teaching abroad through an established program would be a safe and structured way to move to a new country where I knew nothing.” 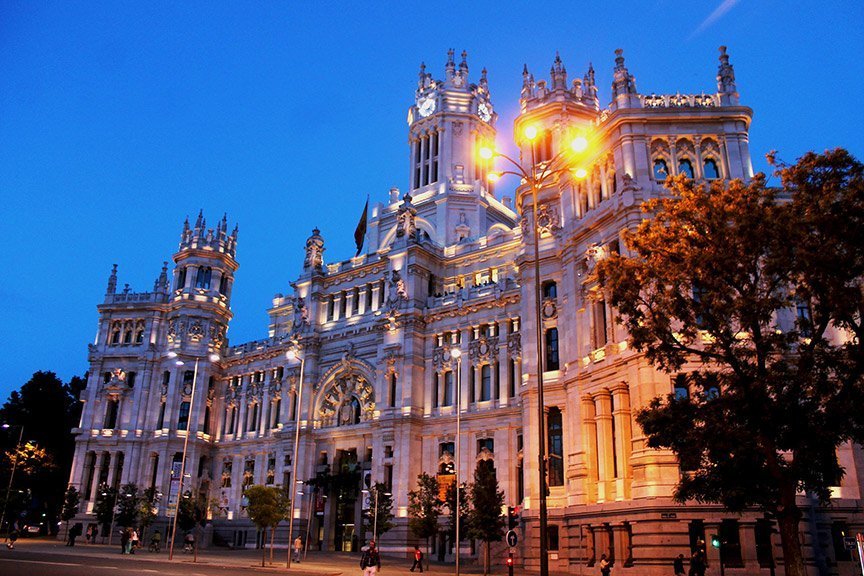 “It’s a beautiful country. Madrid especially has won my heart. Since August, I have been able to see Valencia, Sevilla and even Paris. For me, Madrid is remarkable in its vibrancy and gorgeous architecture. When you come up from the metro on a sunny day and see Retiro or the buildings near the Bank of España, it’s breathtaking.

I do not, however, understand their relationship with dog poop. Here is a shining example of the achievements of humankind and everywhere you step you’re likely to land in dog shit. It boggles my mind. The sidewalks in this cosmopolitan city are dotted with caca. As kids today say, “smh.” At first, I wondered why everyone here was so fixated on not wearing their shoes inside their homes… and then I discovered the ‘Shit Syndrome.’”

“Because I was coming here to work in their school system with an established English-speaking program, I assumed that many people here would speak some English. I also assumed that I would be able to buy most of the same things I could buy at home. Both assumptions turned out to be very wrong.”

“There are several things that have been very difficult. The first was the unbearable heat of the first two months. I have lived in Miami for fifteen years and have never been as hot as I was in Madrid this summer. My inability to communicate effectively has been extremely frustrating. It took me seven insane weeks to get WiFi activated at my piso because I couldn’t communicate well with the providers. Lastly, I have found it very difficult to be a “person of size” in a country where everyone is small and shorter than me. Buying my Converse All Stars was a tragic comedy. I ended up in the men’s department with the next-to-the-largest size they carry and several gawking sales-people gathered around to witness my extraordinarily large feet. Never again.”

“The best experience has been discovering Madrid and the trips I have been able to take since I have been here. Madrid is an incredibly beautiful city and I feel comfortable and safe here. It also seems like a very tolerant society and I like that. 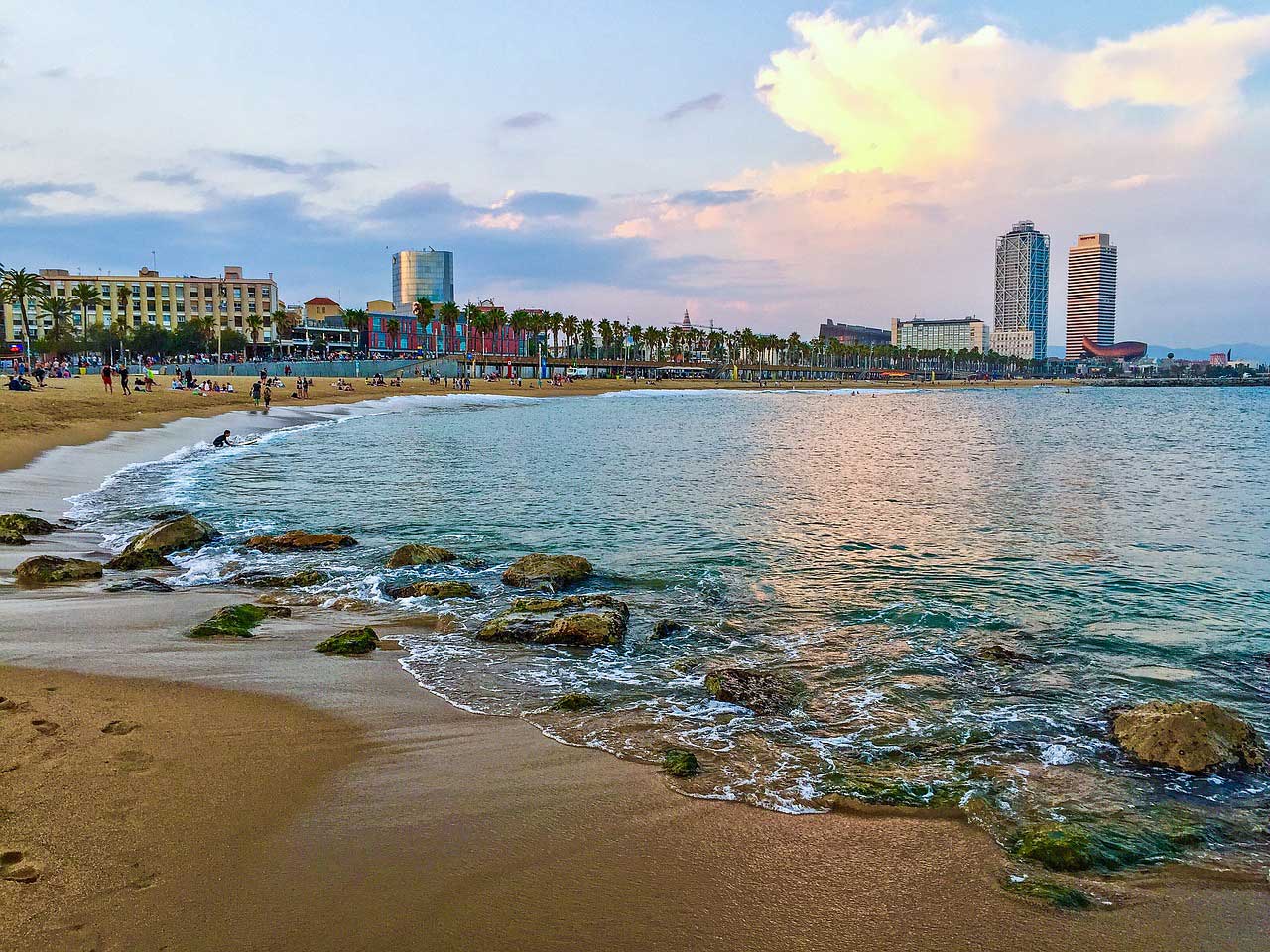 I have been doing fairly well. It was rough at the beginning with the communication barriers, especially in regards to opening bank accounts and getting WiFi — you know, all those bureaucratic things. And I will never be able to adopt the Spanish timetable as far as meals go.”

We are now in the fifth week of classes, how is teaching going?

“I am not doing any teaching. To say I am a teacher’s aide is not accurate. I stand around and observe for the vast majority of the time. The teachers in my school spend a great deal of time on classroom management. There is a shocking lack of discipline.”

Cate persevered through a very difficult start to her Madrid adventure. She lives outside of the center of Madrid near her school. Things aren’t as accessible for her as they are for most who live inside the center of Madrid. However, Cate didn’t give up. She continued to push toward her goals in order to make things happen. After spending time with Cate, and becoming friends with her, I realize that one of the secrets of her success is her ‘ridiculous’ behavior that she says she has.

She embraces life and its challenges as they come. Each time a difficult situation arose, Cate got stronger and wiser about how to handle it. Madrid captured her heart even in the midst of all the chaos she was feeling. I look forward to seeing where she will be in a couple of months. She may not have the ideal job at the moment but with her wit, strength, and charm, I am sure a budding opportunity will arise very soon for her that will challenge and fulfill her.

To keep up with all that is going on with Dreams Abroad check out our Facebook community page and our Twitter page. Here we share current members stories and photos. Smart goals are just the beginning of your traveling or teaching abroad adventure!

October 22, 2020
By Timisha Dixon Timisha Dixon is a trained journalist turned EFL instructor who moved to Spain. She has lived in…
Read More 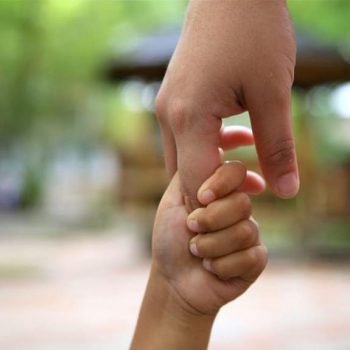 An Au Pair in Spain Requirements and Process

February 27, 2020
by Amanda Whitten You may remember that a while back we published a piece on what could go wrong as…
Read More 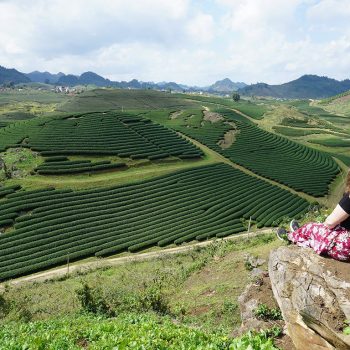 March 19, 2019
by Emily Albertell I have been traveling around Southeast Asia for a little over a month, now; I have managed to…
Read More