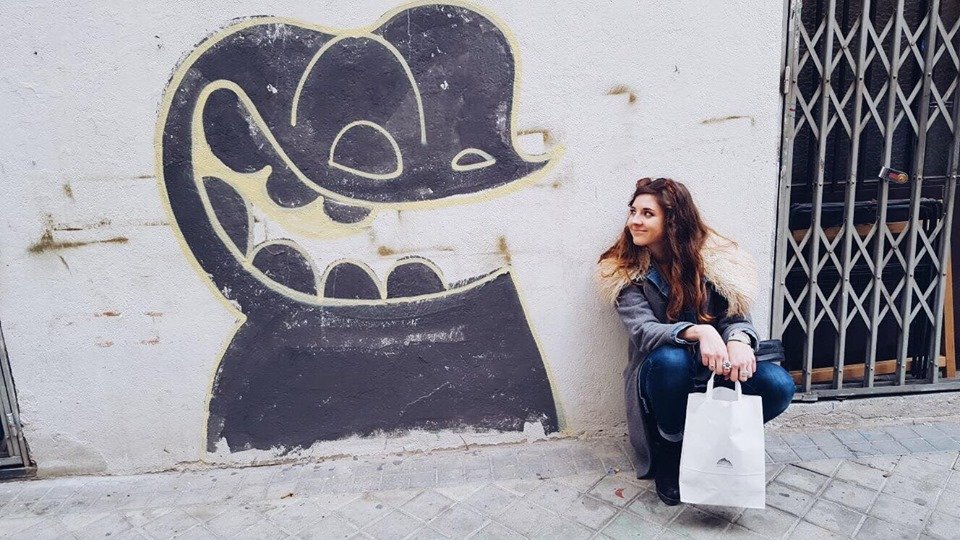 In the spring of her senior year in college, Ellen decided to apply to teach English in Spain. After an incredible study abroad experience, she was eager to see how living and working abroad could continue to broaden her horizons and her options moving forward. She was excited to challenge herself personally and professionally and engage the world in new ways.

Ellen and I met for the first time in Madrid – a surprising thing for both of us since we attended the same small, liberal arts college in Pennsylvania, studied similar subjects, and were both abroad in Denmark (admittedly at different times). The similarities between us don’t stop there, though. Imagining that Ellen and I had some similar motivations to choosing to teach abroad in Spain, I asked her for some of her thoughts on the process and her experience thus far. These were her answers.

Why did you choose to come to Spain/Europe?

“After a life-changing experience studying abroad in Denmark, I started considering a career in international education during my senior year at uni. I had a background in Spanish from high school and was put in contact with Emma. She raved to me about her teaching program, so I decided to apply and was accepted. I had lived in the same small town my whole life and was feeling the reverse culture shock after living in Copenhagen. Plus, I had wanted to live in a large city after graduating. Being placed in Madrid was perfect!”

“I wanted to strengthen my Spanish language skills. I’ve made… mixed progress (I may be cringing right now after dangerously messing up a verb tense while talking to a Spanish friend at my favorite cafe a few minutes ago. What’s living abroad without a little public embarrassment?). I’ve definitely improved since I’ve arrived in August though, and am feeling more confident speaking about deeper topics in Spanish! Learning a language through immersion has helped me in other unexpected ways as well. It has given me patience in the classroom. Plus, I’m more patient with personal projects I would have easily given up on in the past.”

“Unless you count tutoring some children while I was at uni, I had never taught before. I’m interested in pursuing a master’s degree in international education however. Working with students will definitely be something I do in the long run.”

“I am teaching at IES La Fortuna in Leganes. When I found out I would be working at a secondary school, I was excited. After the excitement, there were a few flashbacks to my middle school horror stories. It has ended up being nothing like my nerves had expected however! I love being able to work with older students who have a higher English level. I am able to form deeper connections with some of them. The younger students especially are so full of joy every day too, and it’s the sweetest thing.” 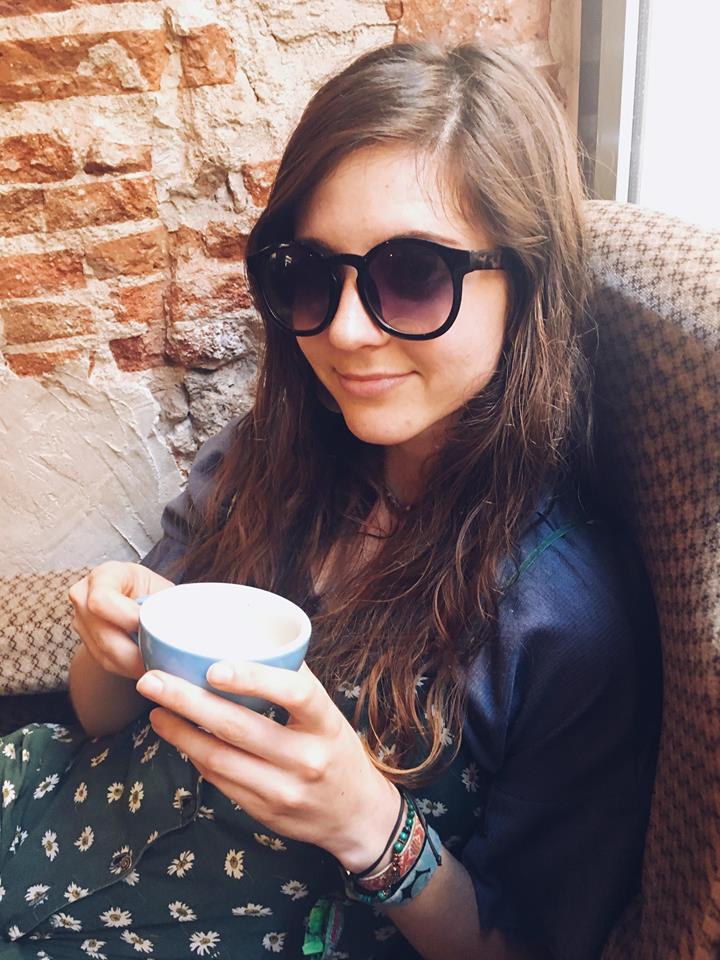 Ellen at her favorite Madrid cafe.

“Oh man, I’m in love with Madrid. It’s huge, but so easy to make your own. I love having a few cafes and shops where I will be remembered each time I walk in. When the crowds get to be a little much, it’s so easy to sneak off to a side street where you will be the only one wandering around. I just bought a bike. I am so excited to use it once it gets warmer to discover even more of this wicked city.”

“Having such a seamless transition when I studied abroad was both a blessing and a curse. It left me excited to be gaining experiences outside of the United States again. I was also open-minded to whatever came my way. However, I don’t think that I ever considered how challenging living abroad would be when not at a school with all American students. When I was at my most homesick, I often found myself making unfair comparisons between Madrid and Copenhagen. I had assumed that this would be an easy transition as well. I am able to stop myself from doing this now that I have found more balance. One assumption that luckily turned out to be easier than expected, however, was making friends. It actually comes a lot easier for me here than at uni.”

What has been the most difficult since you arrived to teach English in Spain?

“While coming to Madrid through CIEE gave me an American support group, especially in the first few months. I am the only American at the school in which I am working. This can be an anxious experience, as I have to be constantly considering culturally appropriate responses when resolving workplace conflicts as well as the usual challenges of navigating relationships with coworkers. I am a non-confrontational person in general, but at work, it can be largely driven by fear of “messing up,” which is something I have had to constantly work through for the sake of doing the best job that I can for the students. I genuinely love working with all my classes, and they are a driving force for me to be consciously improving myself.”

“It may sound ridiculous, but, going to my favorite cafe a few times a week is the best decision I have made here! I always regretted not branching out from American groups more in Denmark, and spending a few days a week at this cafe has given me the opportunity to make up for this in Spain. I’ve made friends from outside the US just by starting conversations with people sitting next to me (SO easy to do in Madrid), and at this point am greeted with “Hi Ellen!” when I arrive.

When I’m feeling a little overwhelmed, I can go and know that in a few hours, everything will be okay again after a bomb ginger tea and talking music with friends who work there. If we’re being honest, not being able to go there regularly is what I fear the most about having to return to the states for the summer!”

Teach English in Spain is an Accomplishment!

Ellen came to teach English in Spain with a clear head and concrete goals – much more than I can say for myself at the same point. She focused on the ways in which she wanted to change and grow, and because of that, she has been able to accomplish many of her goals thus far. I’m excited to see how she will continue to do so in upcoming months. Stay tuned for more on Ellen’s experience in another post, coming soon. 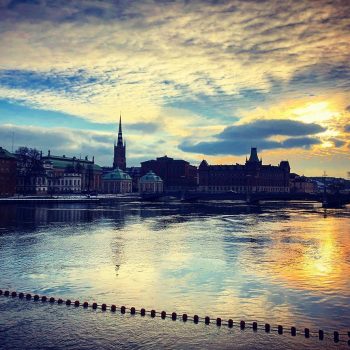 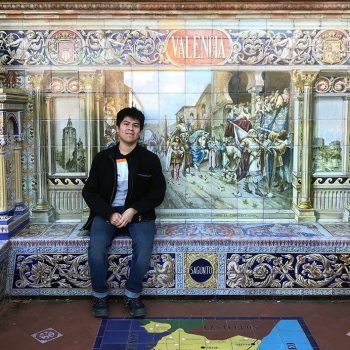 February 18, 2020
by Leesa Truesdell Edgar Llivisupa is halfway through the Spanish school year in Ontinyent, Spain. Catch up on his first interview…
Read More February 13, 2020
“The most exciting, challenging, and significant relationship of all is the one you have with yourself. And if you…
Read More