The Capital of Christmas in Strasbourg, France

I’m going to let you in on a little secret: Before moving to Strasbourg, France, I had no idea it was considered the “Capital of Christmas.” I always thought that title belonged to some city in Germany or maybe the Laplands in Finland, but surprise, it belongs to Strasbourg.

Being a “newbie” to Strasbourg in autumn 2021, I wasn’t sure what to expect from this world-famous Christmas market, especially coming out of the pandemic. But I quickly learned that as the start of the Christmas season nears, you can feel the excitement and expectancy in the air, especially from locals. Although it’s cold outside, people are ready. They’re ready to awe in unison as the city lights up. Ready to hit the markets in search of Christmas goodies. Ready to be with loved ones, and ready to celebrate the holiday season. 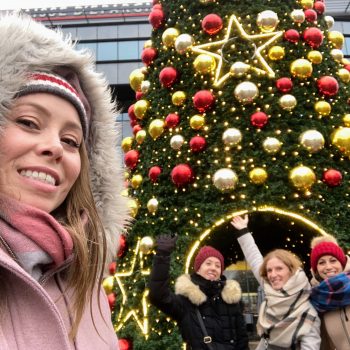 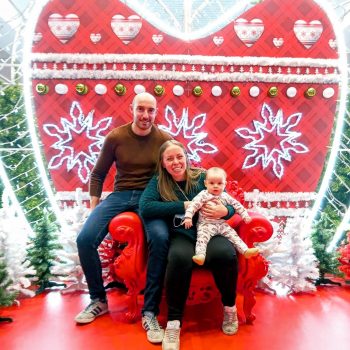 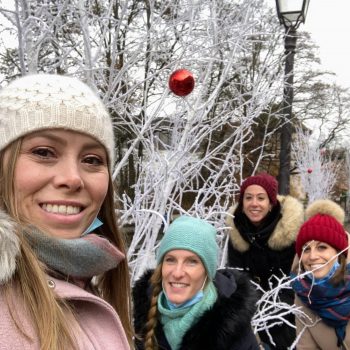 Strasbourg is a small city in the heart of the Alsace region of France. It is known for its medieval half-timbered houses and gorgeous canals surrounding different parts of the city. It is also the formal seat of the European Parliament, Council of Europe, European Court of Human Rights, and many European Institutions, making it an international hub.

In addition to the different European Institutions, Strasbourg also has a renowned university with a large student population. There’s an eclectic mix of history and cosmopolitan, offering something for everyone whether you visit in the summer or during the most wonderful time of the year.

The Capital of Christmas

Strasbourg has been around for a long time, with records dating back to the twelfth century. According to historians, Christmas markets have been around just as long. Throughout its history, Strasbourg has changed hands between France and Germany numerous times. This has embedded German traditions (like Christmas!) in the Alsatian region. 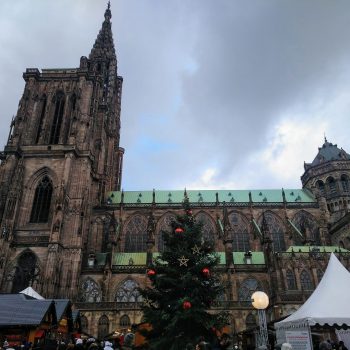 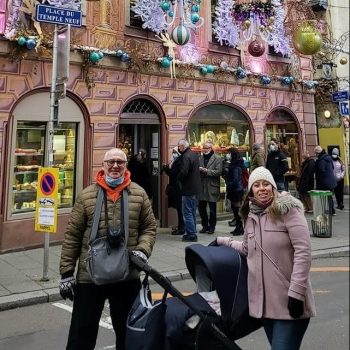 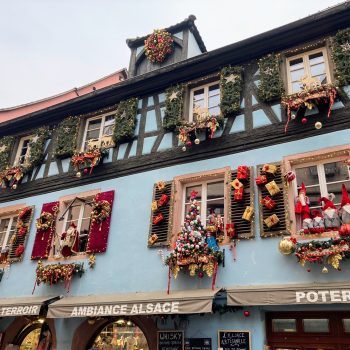 In the twelfth century, the Klausenmärik (Saint Nicolas market) started as a single day celebration on December 6. In 1570 it was renamed the Christkindelsmärik (Christmas market) when the region switched from Catholicism to Protestantism. The celebration took place in the Place de la Cathédrale (Cathedral Square) for three days leading up to Christmas Eve. Based on this date, it is officially the oldest Christmas market in all of France. The market grew over the years, expanding to add more stalls in more city squares and more days to allow visitors to peruse all the kiosks. In 1992, the deputy mayor of Strasbourg officially named Strasbourg “The Capital of Christmas.”

Strasbourg hosts the largest Christmas market and tree in the Alsace region. You can feel the Christmas spirit the second you step into the market, even if you are a Grinch! I remember standing in an extremely crowded Place Kléber waiting for the tallest decorated Christmas tree in Europe to light up, signaling the start of the Christmas season. People were buzzing, but they weren’t pushy or rude, just excited! Once the tree lit up, everyone “ooooohed and aweeeeeeed,” and I had a huge smile across my face as I saw all the gorgeous lights and decorations. 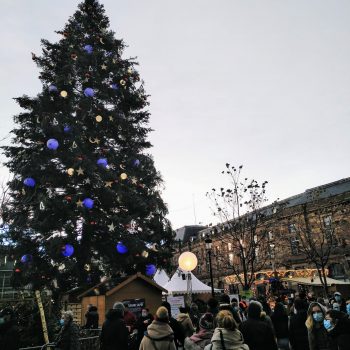 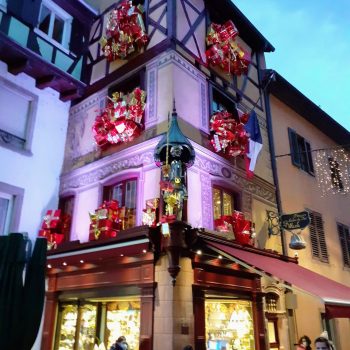 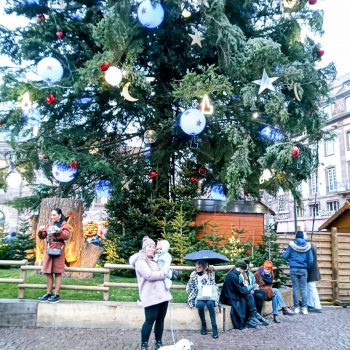 You never really realize how many 300 stalls actually are until you start walking around the Capital of Christmas. It would take literally all day every day of the market period to see all the stalls. However, it really doesn’t matter which squares you go to. From what I experienced, there are very few stalls that sell unique gifts. If you don’t buy the beautiful glass ornament you saw at one kiosk, you will likely find the same one at another stall in another square, and usually with the same price tag. The decorations and lights on the other hand are completely unique to each building and street. Strasbourg is at its most #instagramworthy during the Christmas season.

My favourite thing to do was walk around, sampling the different mulled wines to keep me warm and deciding which delicious treats I would be sampling that day. If you’re not a fan of cinnamony mulled wine, lots of stalls offer artisan Christmas beer and even hot crémant, hot orange juice, and hot apple cider. Most of the food stalls have typical Alsatian fare: baguette flamblée (a portable version of tarte flambée), spaetzle with bacon and munster cheese sauce, bretzels, crêpes with both sweet and salty fillings, and much more. You’ll find the special Christmas treats in bakeries: bredele cookies (a spicy sugar cookie), pain d’epices (spiced bread), mannele (brioche in the shape of a man), kugelhopf (a bundt-shaped raisin-filled pastry), and christolle (a Christmas day breakfast brioche). Thank goodness you’ll be walking all around the Capital of Christmas to wear off everything you eat! 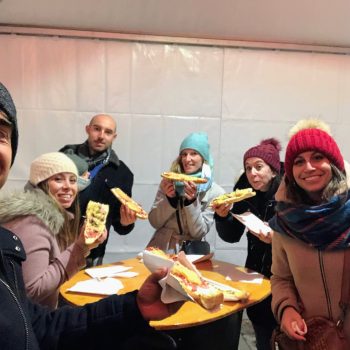 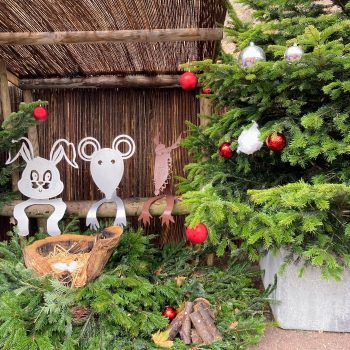 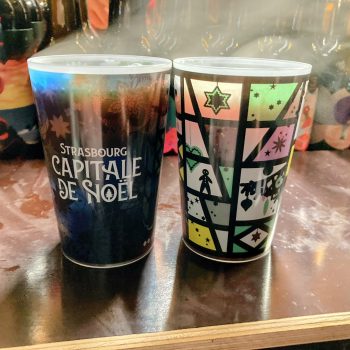 Colmar is an easy 30-minute train ride from Strasbourg. It’s definitely worth a visit if you have time. Colmar is one of the most famous cities in Alsace, with a picturesque historic centre and venice-like canals in La Petite Venise. The Christmas market in Colmar has one major benefit: it runs until December 29, so there’s time even after Christmas to check it out. Furthermore, the Colmar Christmas market boasts a “gourmet market” with chefs preparing specialty foods, which I highly recommend checking out.

Every year Ribeauvillé hosts a wonderful medieval Christmas market. Along the streets you’ll find a range of entertainment from dancers to fire eaters. The kiosks are known for their traditional toys and decorations with the vendors dressed in medieval costumes. The squares are filled with musicians and performers, creating an inviting Christmas atmosphere. The most special parts of the medieval Christmas market are the traditional foods like wild boar on a spit, and the nighttime magic of mythical woodland creatures that grace the market with their presence. For me, Ribeauvillé is a must-see, but it only happens during the first two weekends of December so plan accordingly. If you have a car, it’s quite easy to get to from Strasbourg. If you don’t have a car, you can take the Christmas shuttle from the Colmar train station. 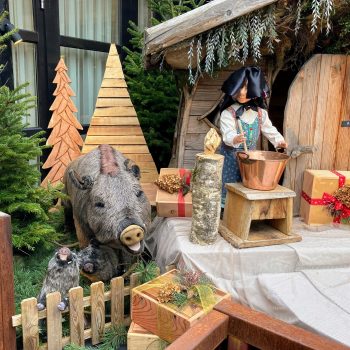 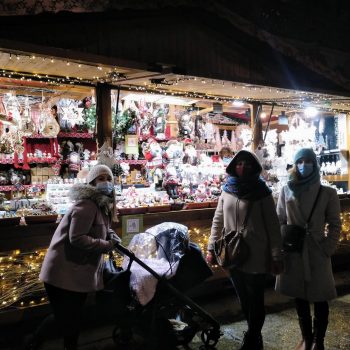 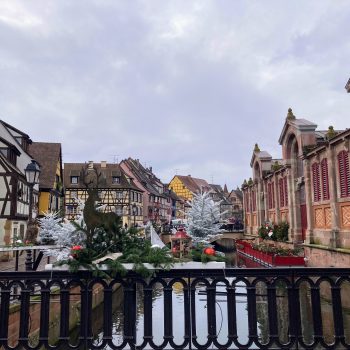 Kaysersberg is considered the “authentic” Christmas market, and it’s a true delight. The seventeenth century-style market takes place in the streets under the ruins of Kaysersberg Castle. This market is special because the vendors only sell artisanal handicrafts, showing off their unique skills and original gifts. In addition, this Christmas market boasts a farmers market where you can purchase a wide variety of local produce including liqueurs, cheeses, jams, and Alsatian wines…everything you need for a perfect Christmas Eve spread. Transportation to Kaysersberg also requires either a car or a trip on the Christmas shuttle.

Let the Christmas Spirit In

After having been quite conservative with my Christmas spirit last year, this year I am ready to embrace the “Capital of Christmas” in all its shining, sparkling glory. I’m looking forward to wandering the streets, buying all the ornaments, “ohhhh-ing and awe-ing” with all the other bright-eyed Christmas market patrons, and drinking my fair share of Alsatian mulled wine. I am ready to let the Christmas spirit in! 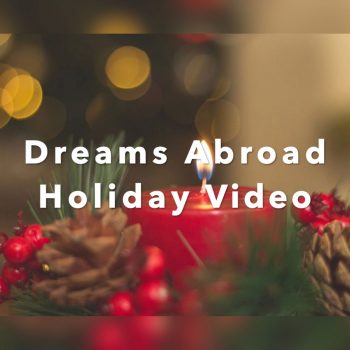 November 27, 2019
This year, Dreams Abroad would like to say a special thank you to our readers, our community, and our teammates.…
Read More 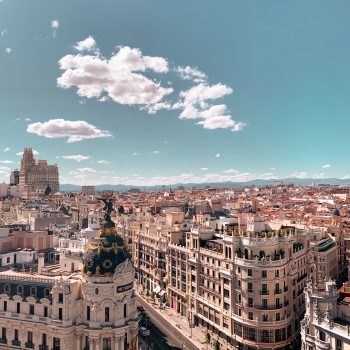 October 22, 2020
By Timisha Dixon Timisha Dixon is a trained journalist turned EFL instructor who moved to Spain. She has lived in…
Read More 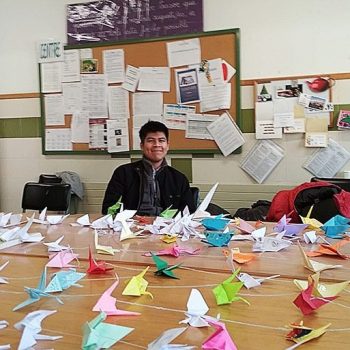