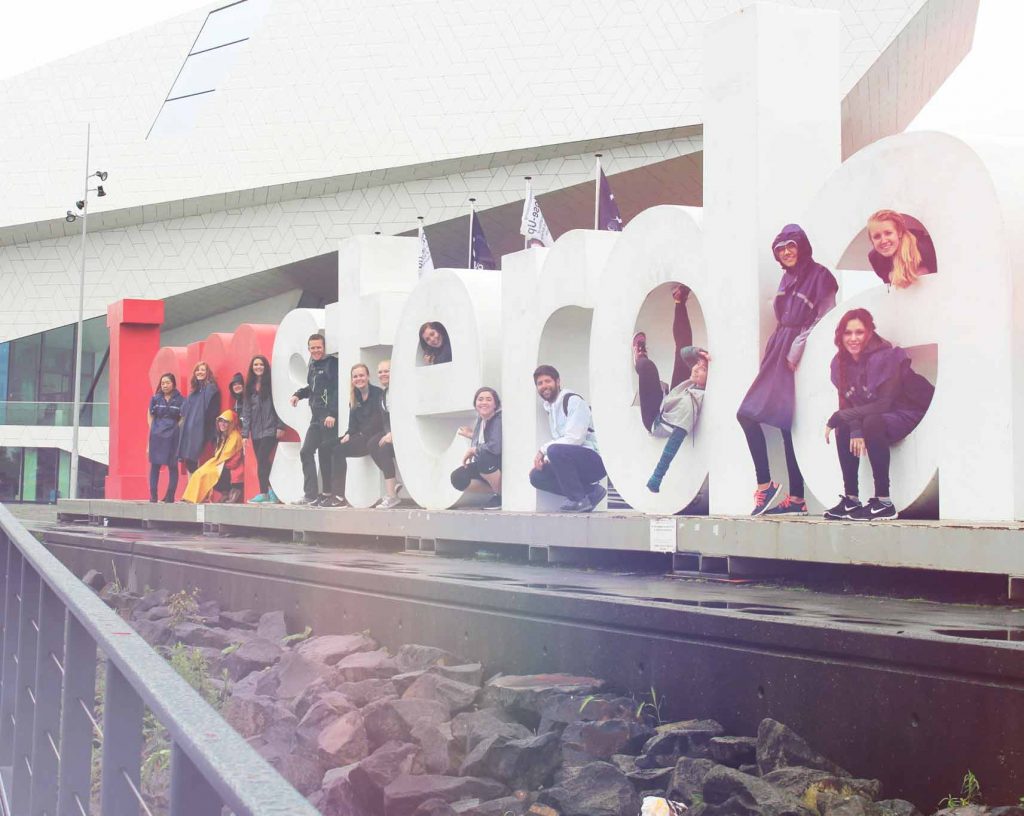 Things to Do in Amsterdam

In my last article, I talked about the peaceful Amsterdam morning.

After spending the early evening relaxing at the hotel, the group decided to check out Amsterdam’s nightlife. It was someone’s birthday and we had all decided what better way to celebrate than by visiting Rembrandt Plein and seeing what it had to offer. As soon as we got there, we were ushered into a club that was entirely empty except for us. I guess 10:00 was a little too early for the Amsterdam nightlife to have started! Although I don’t remember what the club was called, I do remember being impressed with its disco floor splashed in icy blue. It was almost surreal standing on something I’d only ever seen in movies.

Because the club was so dead, the group decided to split up. Some decided to stay while others wanted to return to the Red-Light District. Although I told everyone I wasn’t too confident on getting them exactly where they wanted to go, they assured me a ballpark was good enough. 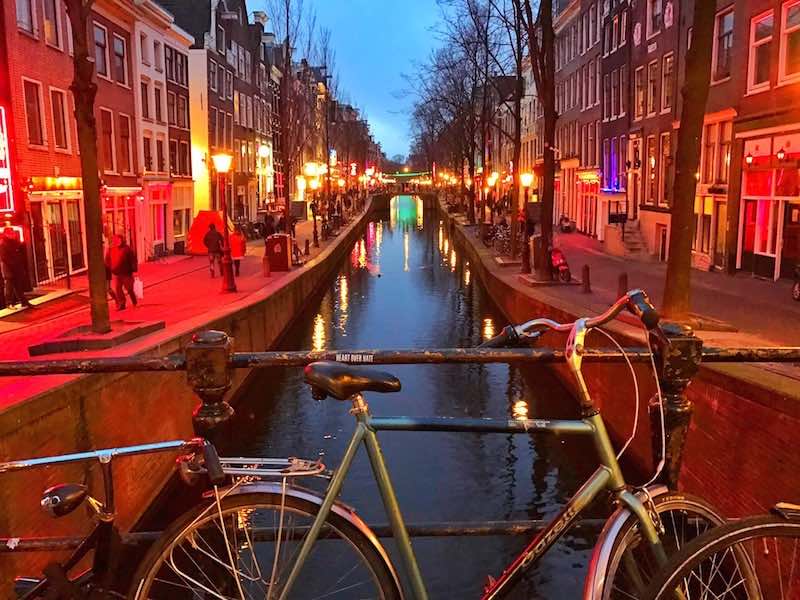 Bad Alleys in the Red-Light District

As we headed towards the Red-Light District, things started escalating. Some of the people I had been guiding had indulged in Amsterdam’s lax restrictions regarding drugs, which hit as we ventured out into the streets. Because I was the one leading them around, I felt responsible for making sure nobody was separated, and that everyone was ok. Then the catcalling began.

It seemed like everywhere we turned, there were groups of guys leering at us. Howling followed us everywhere because one of our group members had a large tattoo of a wolf on her thigh. There were even groups of men that followed us around for a few blocks. We never made it to the Red-Light District; I turned everyone around to head back to Rembrandt Square – back to safety. Be sure to plan appropriately if you plan on spending any time in the Red-Light District as a woman. Dress on the more conservative side to avoid unwanted attention and always have someone with you.

When we returned, we’d found out that our party had mostly fizzled out. On top of that, everyone I’d been with was in a bad mood from the experience heading towards the Red-Light District. We all decided to call it an early night since we had a bike excursion planned for the next morning anyway. We ran into the rest of our group members waiting for the trolley, Nikos included. I immediately felt a wave of relief wash over me. 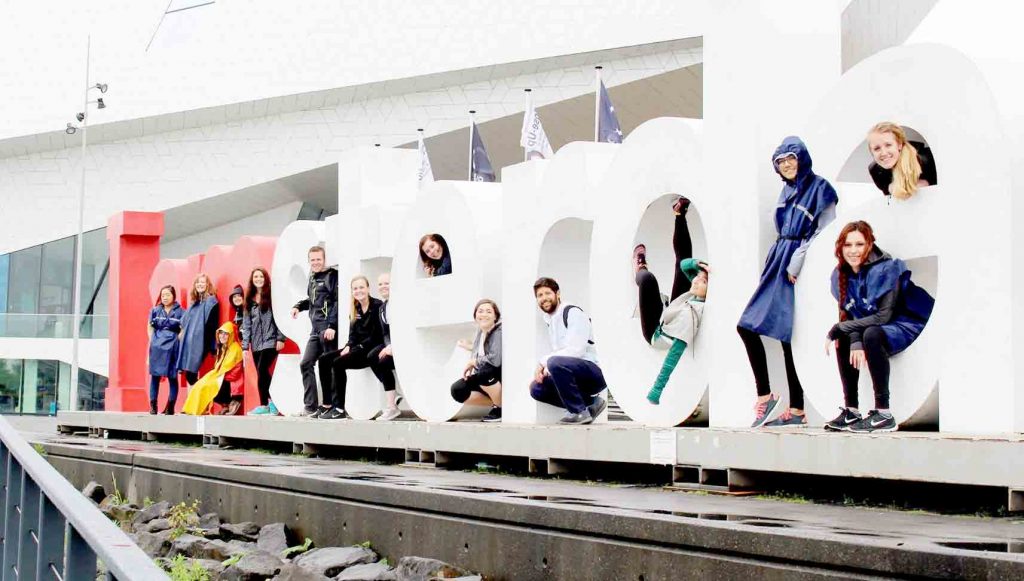 We all woke up to a misty and drizzly morning. It was disappointing that our idyllic bike ride through the Netherland’s countryside had been interrupted by rain, but I admit that the mist added a mysterious element to it. We walked towards a pier, where the bike rental company was located. We all made sure to stay out of the way of the bikers. It was easy to tell that this was where all the locals were; if we weren’t paying attention to the bike lane, we were sure to get cursed at or clipped. The rental company offered us simple bikes, raincoats, and helmets before heading out for our adventure.

As we set out, we took a ferry that led to the infamous “I amsterdam” sign. We all stopped to take a group shot of us hanging out in the letters. Fortunately, because of the rain and the early hour, there was nobody at the sign and we were free to appreciate it without a crowd. I recently found out that the sign was taken down due to the large amounts of tourists it drew. The city council felt that the sign was sending a bad message (too many selfies) and that it was detracting from the museum that the sign was in front of. 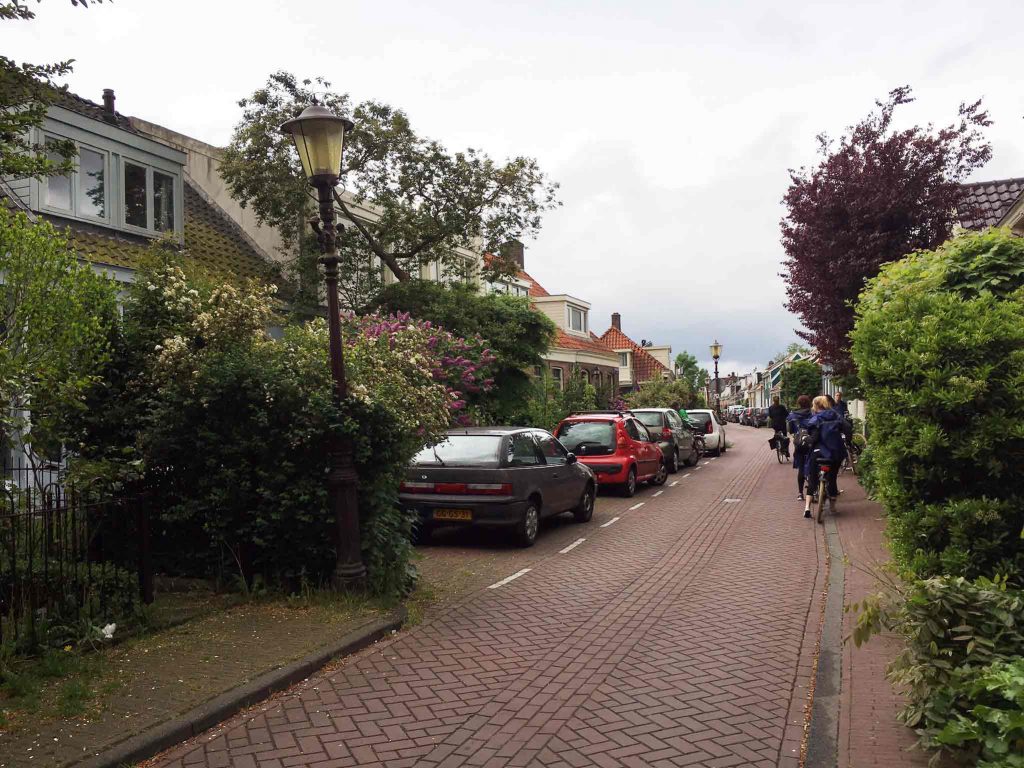 After visiting the sign, we biked through a wooded area briefly before arriving at a large field that stretched for what seemed like miles. There was a hilly dirt path for us to follow that had been covered in mud from the rain. We stopped at a windmill so that our tour guide could explain to us the significance of the windmills to the Netherlands. She told us that the windmill was one of the only surviving traditional windmills in the area. 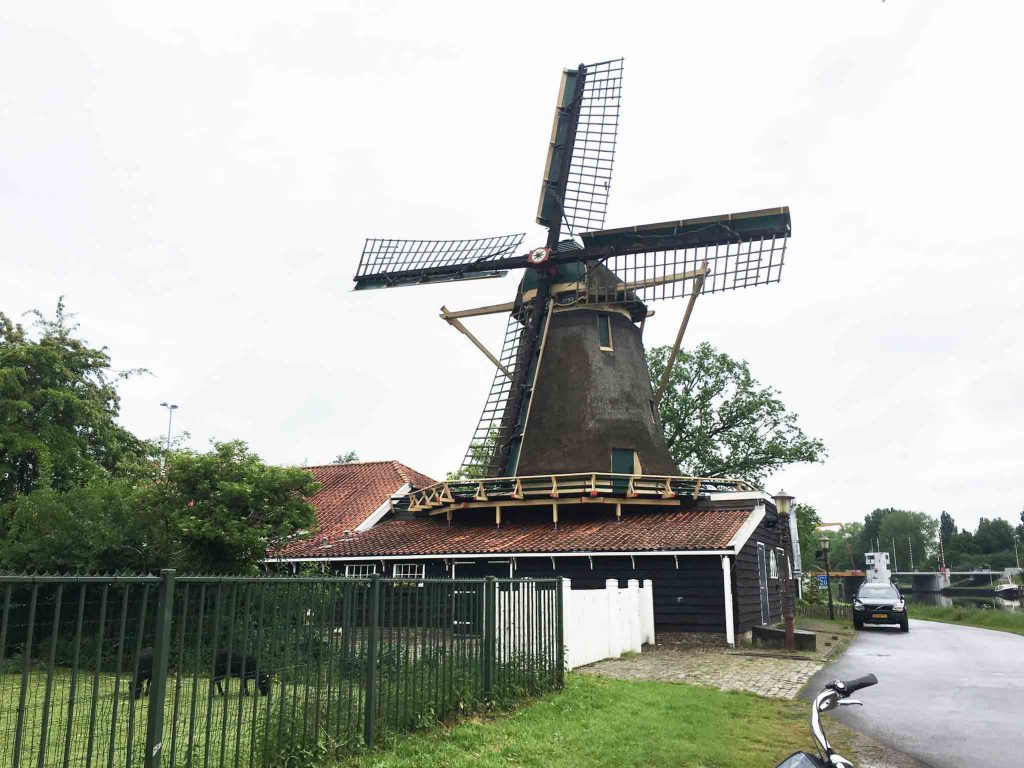 We also made an unplanned stop to look at cows. Because I grew up in a small town, I thought it was a little silly for everyone to fawn over the cows so much. Nonetheless, I gladly accepted the break (I am not known for my physical prowess). We made a final planned stop at a small tennis court that seemed to be in the middle of nowhere. Our guide handed us some sandwiches and we had a nice picnic. The sun began to shine and erase some of the dew that had been stuck to the grass all morning. 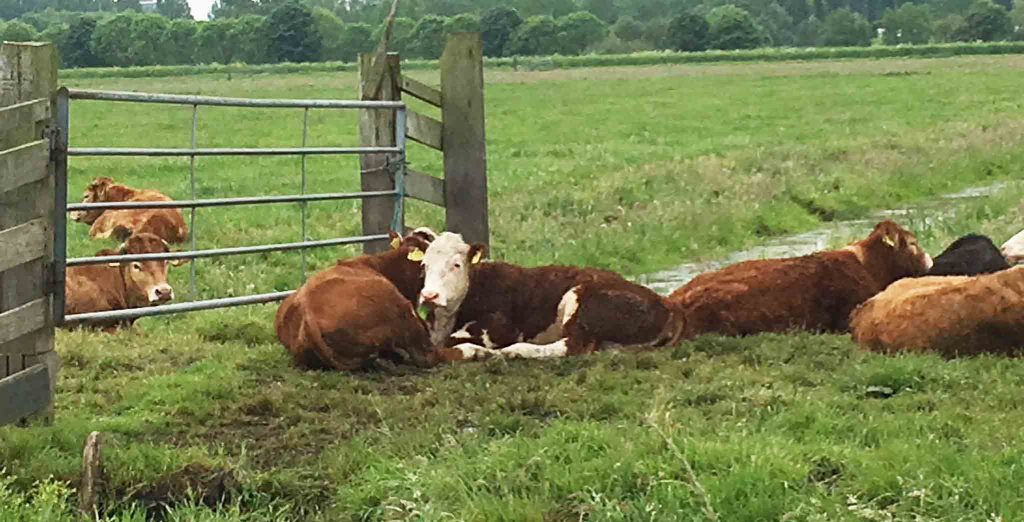 Trouble in the Country

I wish I could say that our trip back to the pier was also uneventful and idyllic, but it was actually a little scary. The tour deviated from the field and traveled up an extremely narrow road through a small neighborhood. There were flowers poking into the sun from planters and children playing soccer in the street. We had to stop to wait for a member who had been separated. I was looking around, enjoying the scenery when I heard a screech and a crash. As I snapped my head to look back, there was a little boy and a bike sitting in front of a scooter looking dumbfounded.

His father rushed over and brushed him off. We were too far away to hear what was being said between him and the driver. Fortunately, the boy was able to stand up and even started biking around before they finished. I assume he was fine, but it was scary being so close to what could have been a very nasty accident. After witnessing that, the group’s mood was understandably low. It only sank lower because we had to cut the bike excursion short. The rain had come back with a vengeance.

Join me next time for our last evening in Amsterdam and our trip through the Black Forest! 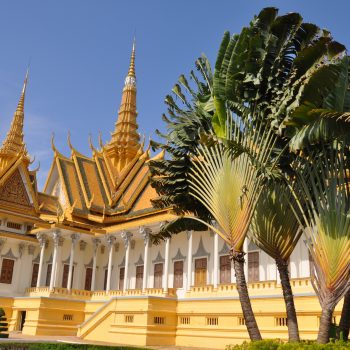 May 6, 2021
Our readership demanded we get Carter and we have. In Ed Gagnon’s second interview with Michael Carter, he invited us…
Read More 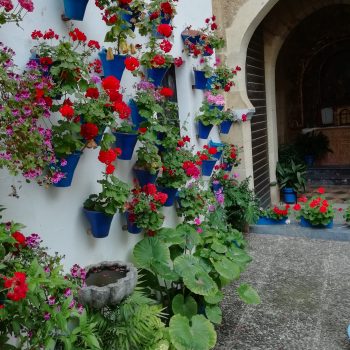 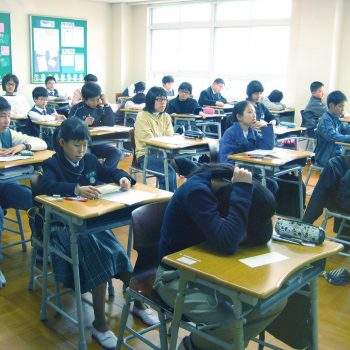