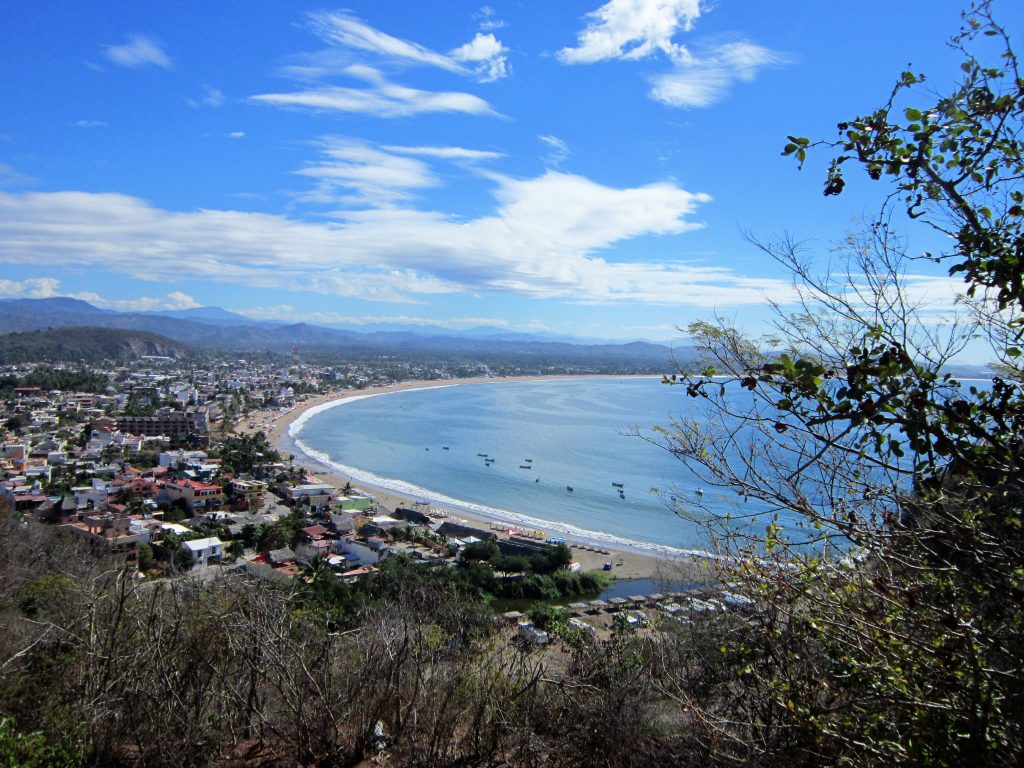 Vacation in Mexico: the Big Vs the Small 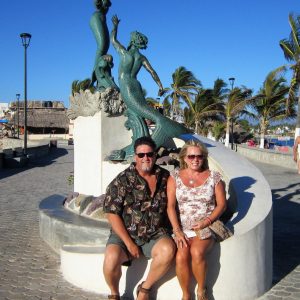 I’m a frequent visitor to Mexico, having explored areas like the Mayan Riviera, the Pacific coast, and some of the country’s major cities and ancient ruin sites. But let’s be honest here, most of us North Americans vacation in Mexico during winter for the beaches. Having been asked many times which place is my favorite, I decided to compare two different destinations on the Pacific coast that are within four hours of each other, Puerta Vallarta, the big, and Melaque, the small.

Your Next Vacation in Mexico: Big City Vs Small Town

Puerto Vallarta has over a mile of mostly sandy beach in Banderas Bay, with medium to high waves depending on the wind. In January and February, it’s normally sunny and around 80 degrees Fahrenheit. Large resorts and condominium complexes control much of the beach at the south end of the city, leaving everything north of the main pier for public use. Take your pick from boat tours to offshore islands, trips on whale-watching vessels, and all sorts of water sports.

Melaque is made up of the smaller villages of Villa Obregon, San Patricio, and Melaque. These once-upon-a-time fishing villages are linked together along an uninterrupted stretch of sand about a mile long. The east end of the bay is virtually deserted and the west end is lined with mom-and-pop-style hotels and restaurants that offer tables right on the beach.

It’s normally about five degrees warmer than PV and always sunny. A few water sports are available, but you’re more likely to run into local fishermen on the beach, selling their catches of the day. It’s a fantastic place for a vacation in Mexico. 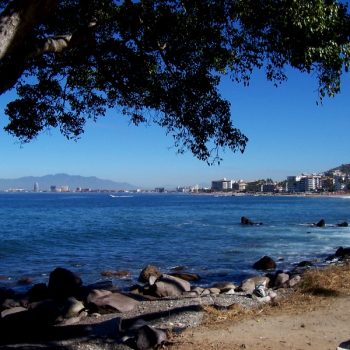 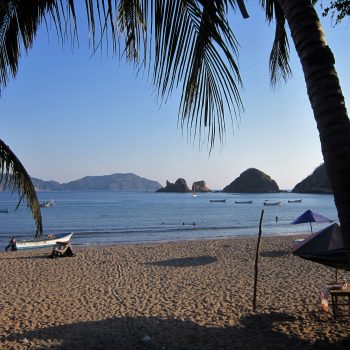 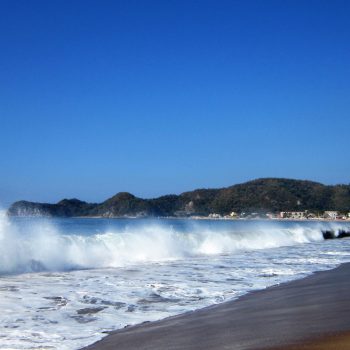 Nuevo Vallarta is the newer section of the city that has expanded to the north. About an hour past that you can find the smaller towns of Bucerias and Sayulita. Both of these towns are popular tourist destinations in their own right. Their beachfronts can still be considered quaint, but the highway that cuts through Bucerias has become quite congested with new construction and traffic. Many call Sayulita both a hippie and surfer town, but it also caters to families and international tourists. 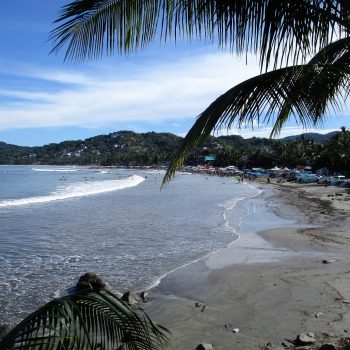 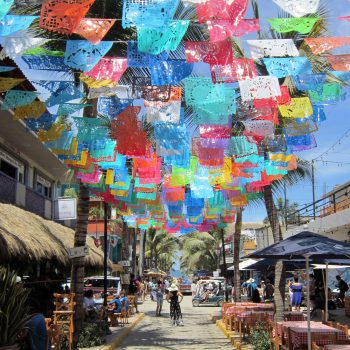 Melaque rests within a mile or so of the towns of Barra de Navidad and Cuastecomate, both of which many still consider to be fishing villages. Barra was built on a sand spit, now lined with restaurants, bars, and souvenir shops. A water taxi from there can take you across the bay to the Grand Isla Navidad Resort, complete with an upscale marina and golf course.

Cuastecomate is the complete opposite. This undiscovered gem is a quaint and quiet beach town that goes to bed when the street lights come on. 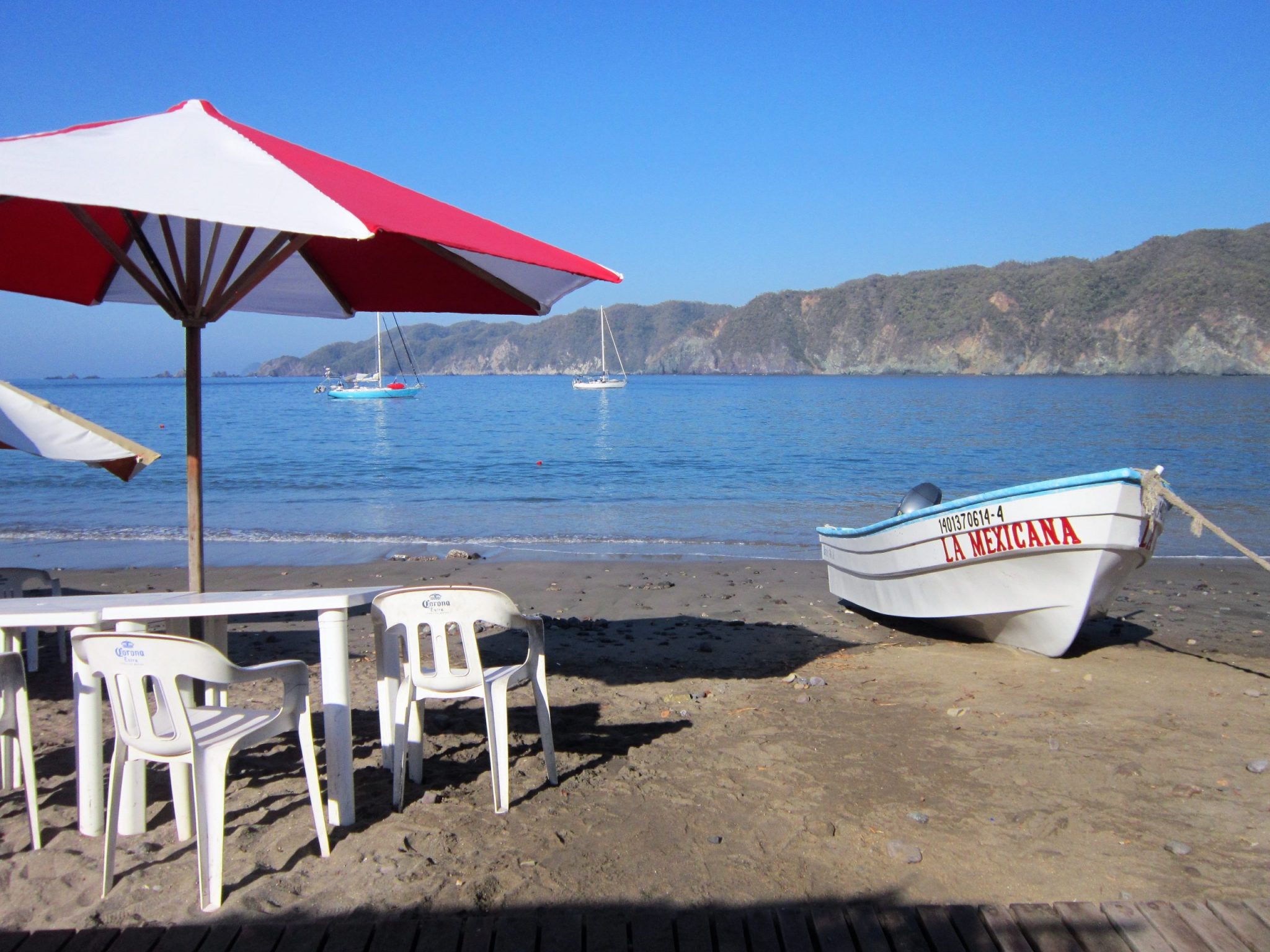 Puerto Vallarta offers pretty much every kind of food you can imagine, even fast-food places like KFC, McDonald’s, Burger King, and Pizza Hut. But you can also enjoy upscale restaurants offering fresh seafood or Mexican specialties. The beer and wine selections are limitless, and there are a growing number of brewpubs in the city. Prices are comparable to those in Canada, and at a slight discount to the American dollar.

Melaque restaurants continue to amaze me, offering fresh seafood caught only hours earlier. There are a few of what I would call upscale restaurants in town. However, plenty of authentic Mexican restaurants and an awesome selection of street vendors make themselves at home. Take a five-minute taxi ride to discover more excellent restaurants in Barra.

There is no reason to go hungry in either town. Food is very cheap here, but the range of brands of beer and wine is limited. 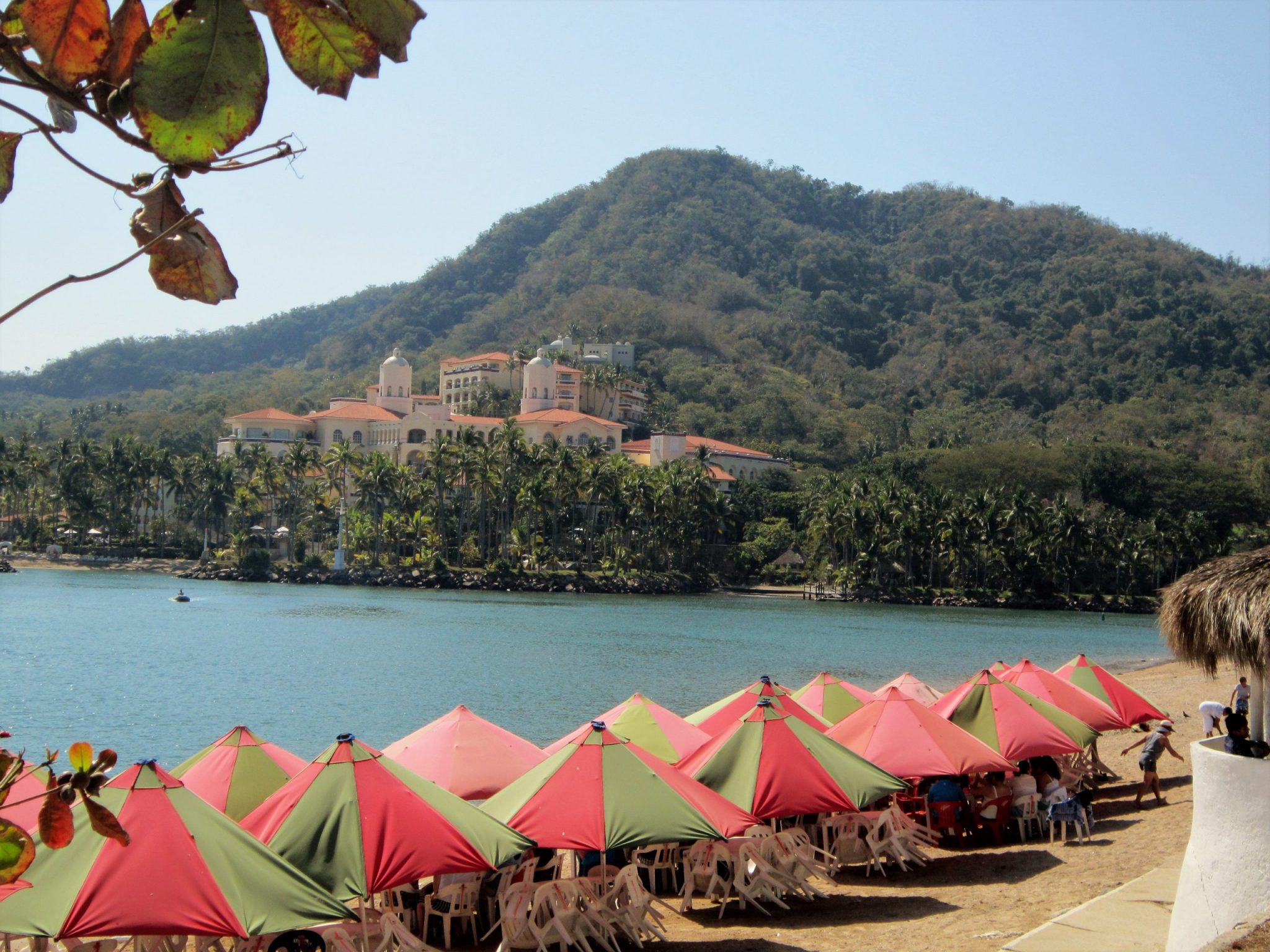 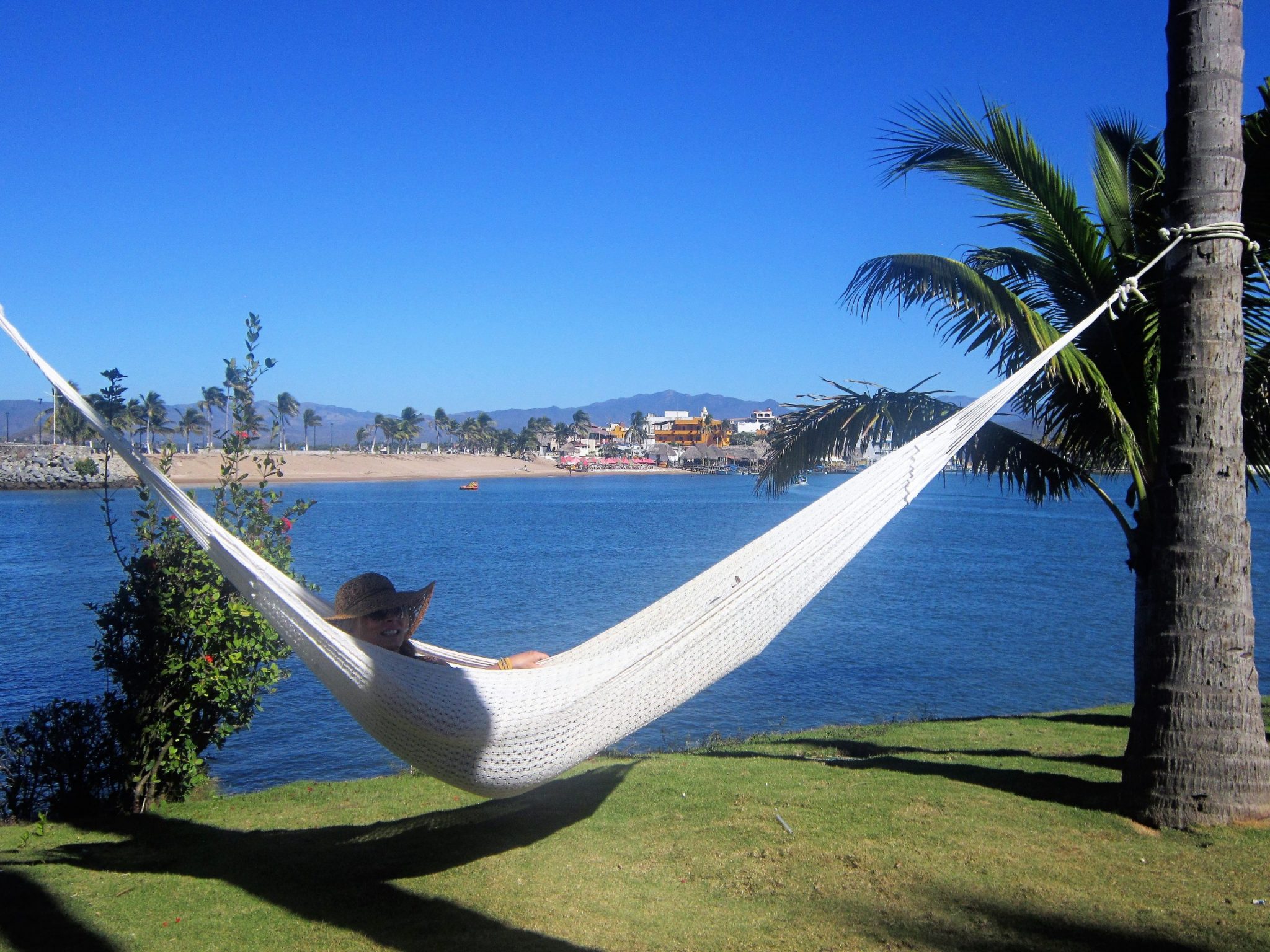 I’ve always found while traveling, that the larger the city, the less friendly the people are. Puerto Vallarta is no exception. The friendliest locals are those who are trying to sell you something, but the vendors on the beach are some of the peskiest anywhere. They’ll even wake you if you’re sleeping on a beach chair. It is an international tourist destination, a haven for the LGBTQ community and families alike, so you will meet folks from all walks of life.

I always feel amazed at how complete strangers will say hello, wave, or stop and talk to you for no reason in small towns. Melaque is that kind of place. We’ve made friends of locals there, as well as those from other countries. The majority of tourists are seniors, snowbirds from the provinces of British Columbia and Quebec, in Canada. There are some Americans too. On weekends and major holidays, Mexican nationals come to the beach from as far away as Guadalajara.

Puerto Vallarta is easily reachable from its own airport. Traffic is heavy in the city, but you should be able to get wherever you’re staying within 20 minutes or so. The old downtown core is quite walkable, as is the paved malecón (boardwalk) along the waterfront. Some places are wheelchair accessible, but many are not. Some areas still only offer cobbled streets, and the city climbs steep hills as you move inland from the sea.

Melaque is a bit more remote with the closest airport being in Manzanillo, about 40 minutes away. You can also fly into Puerto Vallarta and catch an air-conditioned bus. It’s a winding and scenic four-hour drive south, along the Pacific Ocean. The whole town is walkable. Roads in Melaque come in all forms, from concrete to packed dirt. The town of Cuastecomate is completely wheelchair accessible, including public washrooms, the boardwalk, and the beach. 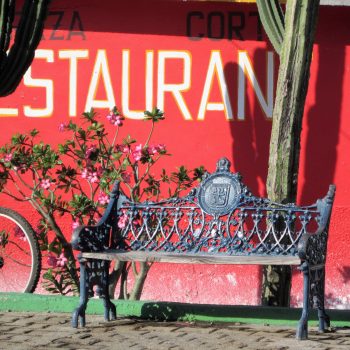 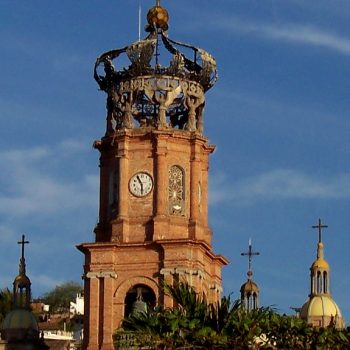 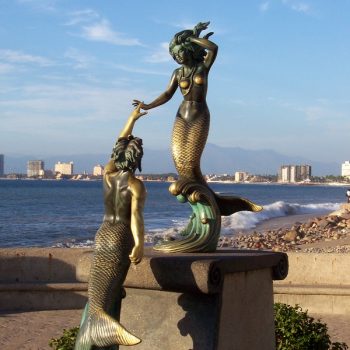 So, as you can see, there are pros and cons to both big cities and the small towns along the west coast during your vacation to Mexico. The dynamics of the Yucatan peninsula used to be similar, but in my opinion, the area has been overrun by tourism. If you’re looking for an all-inclusive do-nothing vacation, consider Puerto Vallarta. Or, if you want a really laid-back place to chill for weeks on end, then Melaque may be what you’re looking for.

If you’re interested in more of my travel stories, check out my blog or my book, A Casual Traveler, on my website: www.edmondgagnon.com. 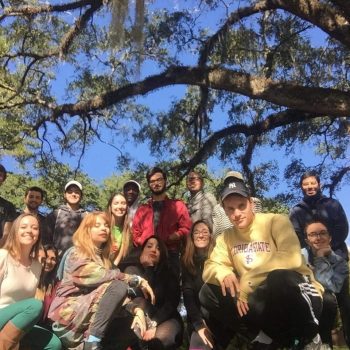 Wasan Tawfeeq Talks Teaching and Studying in the USA

March 15, 2018
Wasan Tawfeeq and I met in 2014 while we were both studying at Florida State University’s College of Education. At…
Read More Learning and Adapting in Phuket, Thailand

April 23, 2020
Beth Young and I had a chance to catch up on her plans for this upcoming year. Her schedule…
Read More 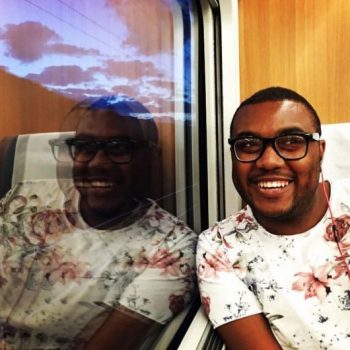