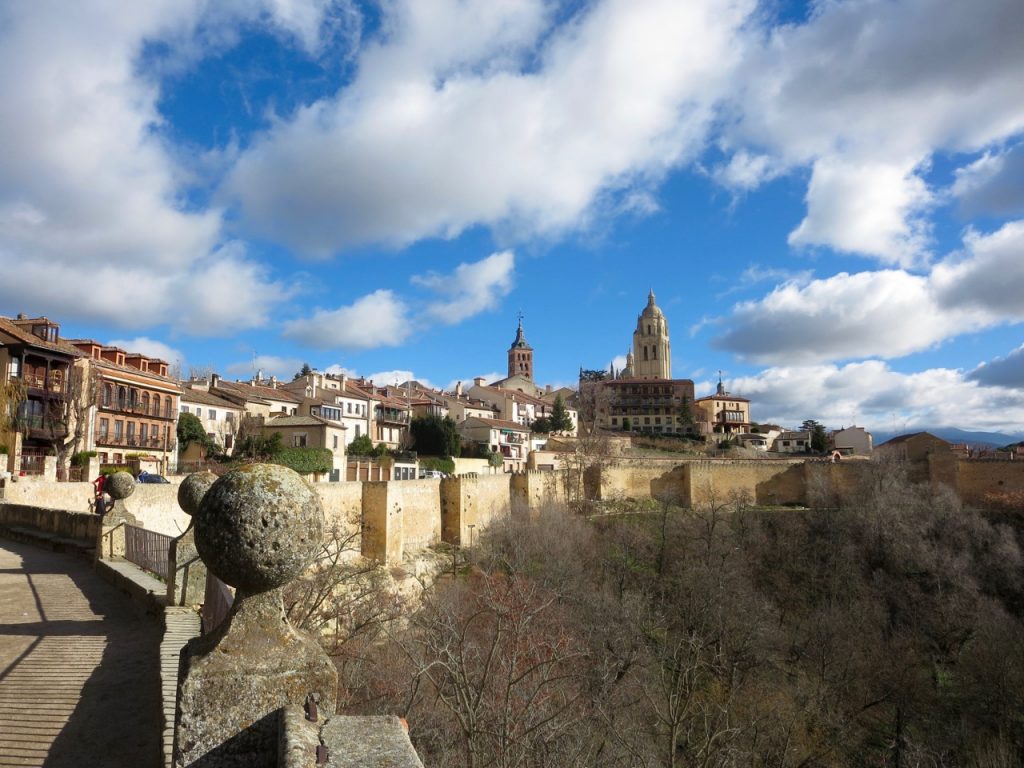 What I Know Now About the Spanish Language

When I moved to Madrid, Spain to teach English, I didn’t know that I would also end up being a student of the Spanish language. Here I was, teaching English by day, learning new Spanish words and expressions, and training my hearing to the Spanish accent by night. As a Latina born and raised in the US, I grew up listening to, and muttering my first words in Spanish thanks to my Mexican parents. A gift I truly appreciate, and one that I knew I surely had a good understanding of. That was, of course, until I moved to Spain and learned that I had some more learning to do. Here are five things I learned about the Spanish language, as a native speaker myself.

1) Not All Spanish Language Is the Same

I consider myself to be fully bilingual in English and Spanish. I can write, read, speak and understand Spanish pretty well. However, the more I spoke with Spaniards and the more I listened to conversations around me at work, and with my host parents, the more I started to question what I thought I actually knew about the Spanish language.

I realized through funny mistakes and misunderstandings on both sides that Mexican Spanish was actually very different from Spain Spanish in many ways. From the differences in accent, to vocabulary words and slang, to different meanings of words used in Spain vs. in Mexico. It was a lot that I did not anticipate, maybe foolishly, but it made for great learning experiences. I had plenty of funny ice-breakers with strangers. I grew a deeper appreciation for the Spanish language.

For instance, let’s take the word “heater” which in Mexican Spanish, we would say calenton. In Spain, they would say estufa, which means cooking stove in Mexican Spanish. The funny thing here is that it makes total sense. However, it’s just not a word I would use for a heater. Yet that was the word they used in Spain. 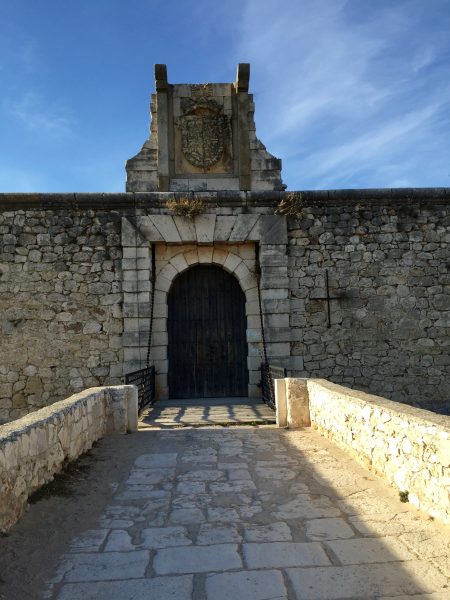 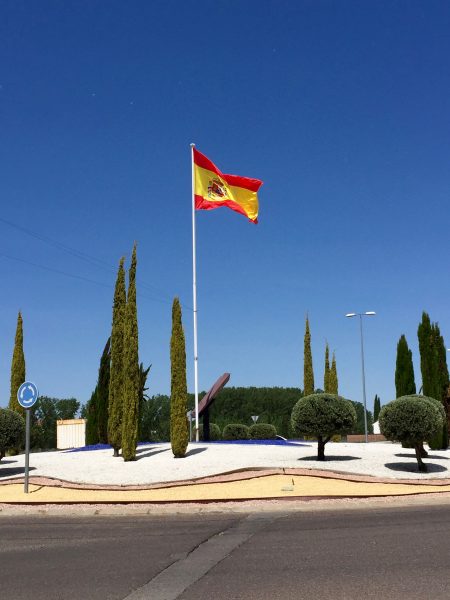 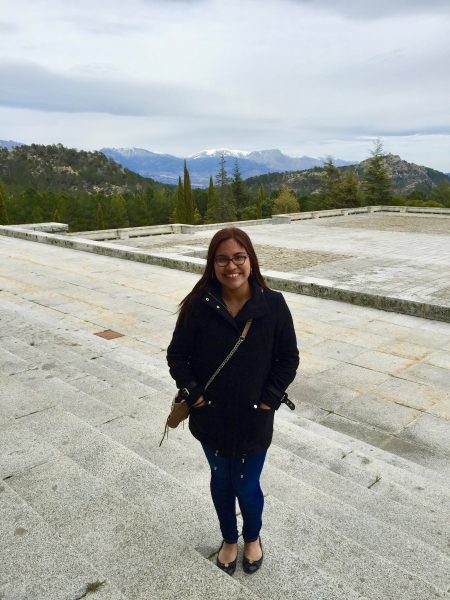 Another quick example is the word “straw.” In Mexico, we would call this popote, while in Spain, the word is pajita. Two completely different sounding words that can cause quite a moment of confusion for both Mexicans and Spaniards.  My mom learned this the funny/hard way when she was visiting me in Madrid — thanks, mom!

I was suddenly hearing Spanish words for everyday things that sounded like a whole different language at times. It was intimidating in the beginning. However, I realized the grand opportunity to re-learn the Spanish language in a country where Spanish was the main language.

2) I Unexpectedly Relearned a Language I Thought I Already Knew

Moving to Spain meant a lot of changes and adjustments. One of them was expanding my knowledge of the Spanish language, which I did not expect. Relearning Spanish in Spain allowed me to learn words I didn’t know in Spanish to begin with, which was surprisingly refreshing.  Every day I was learning new vocabulary words that back home, I would have never used. For example, insurance? In Spain, it’s seguro. I would have said aseguranza which is not an actual Spanish word. It’s Spanglish. And like this, I learned a lot. I realized that senderismo meant hiking, andar meant to go for a walk, and nevera meant refrigerator. I used completely different words for these words. 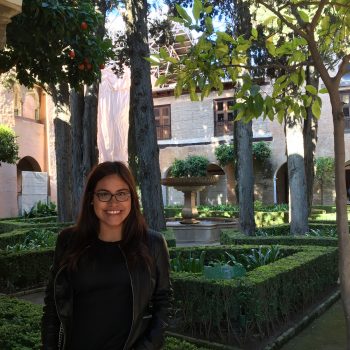 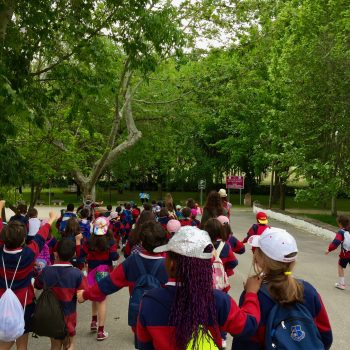 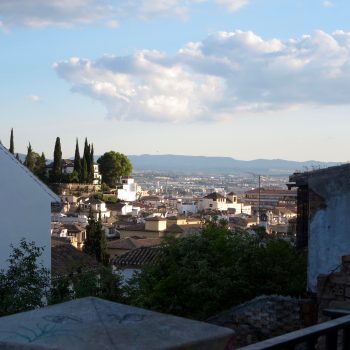 I’ll admit that the first few months, the constant and unexpected relearning of my native Spanish felt a bit intimidating. It was a bit of an identity crisis each time someone didn’t understand me, or vice versa. I had always identified as a fluent Spanish speaker. All of a sudden I faced the challenge of not being able to communicate with my peers that well.

I felt nervous to speak, and even dumb at times. However, being an English teacher, I was reminded every day by my students what the process to learn a new language was like. I learned how to be ok with feeling silly at times. It’s not that serious, and it can be fun to learn new words in a foreign language. At the end of the day, I was grateful to know the Spanish language, whether it was slightly different or not.

3) Speaking Spanglish and Other Dialects

Maybe Spanglish is not a fully recognized language. But the truth is, there is a whole population of us that speak Spanglish in the US. Approximately 40 million people in the US speak Spanglish, a hybrid language of English and Spanish. This “agreed upon” language came about after the Mexican-American War of 1948. A unique combination of sounds, words, and meanings became widespread during the 50’s and 60s  with the waves of immigrants from Latin America coming to the US.

After coming back from Spain, my new workplace in the US involved a lot of Spanish speaking — a continuation of my learning and appreciation of the Spanish language. This time, however, with my recent experience of being in Spain, I couldn’t help but think about this other variation of Spanish – Spanglish. I thought about the different versions of Spanglish spoken throughout the US the more I interacted with other different Spanish speakers in the US. The Spanglish that people in Texas and California speak is different from the one in Florida, or New York for instance. It reminded me of the differences in Spanish spoken in Andalucia vs. the Basque Country within Spain, or the different dialects of Spanish spoken all throughout Latin America.  Different, yet similarly understood. 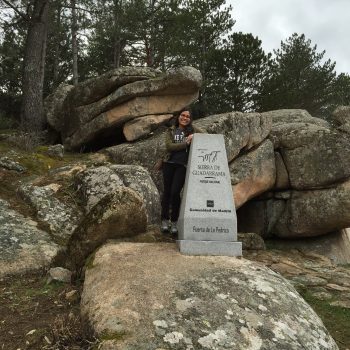 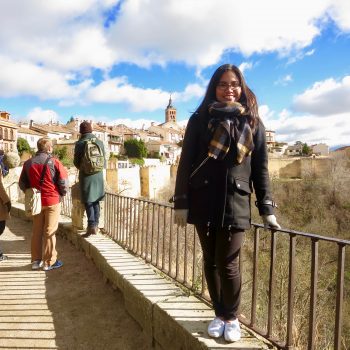 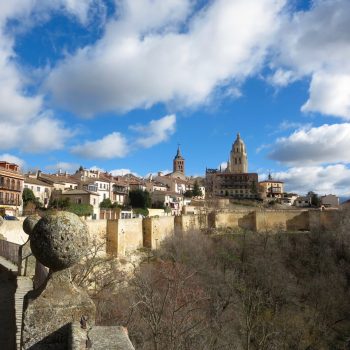 What I know now about the Spanish language is that it’s much more diverse, complex, beautiful, and rich than I ever really thought it was. I cultivated such gratitude to know this beautiful language. In fact, I’m now learning a few of the different dialects in other Spanish-speaking countries. I’m paying more attention to other countries and their specific and beautiful ways of speaking Spanish — from their accents, to their slang, and unique and cultural Spanish words.

4) The Spanish Language Is Much Richer Than I Thought

I began to experience a newfound appreciation for Spanish after being in Spain for just a few weeks. I came to a realization of the differences between Spain and Mexican Spanish dialects. Every single day I learned a new expression or word. I had never really realized the richness of the diversity – the bending of the meaning of words that differ between countries and cultures. How amazing is it that approximately 18 countries in the world speak Spanish, with each having their own version of it? That one expression can mean one thing in one country, and it can mean something completely different in another? It’s exciting, funny, wonderful, and extremely interesting. 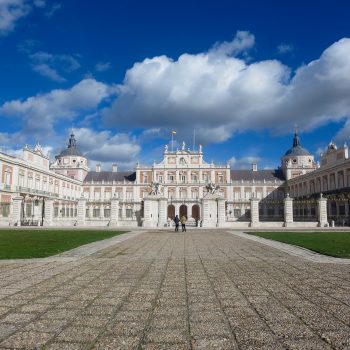 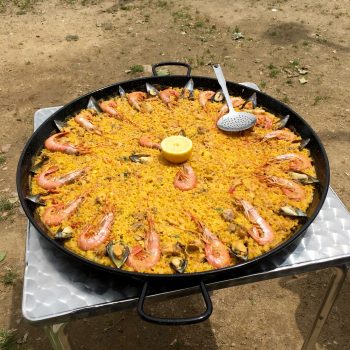 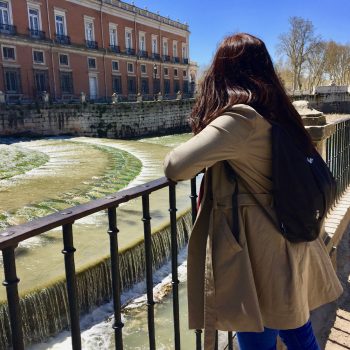 Another very interesting thing I learned about the Spanish language was the complexities of Spanish, and how it’s spoken differently not only between Mexicans and Spaniards, but also within Spain regionally. That was a whole other level of learning that allowed me to dive deeper into how rich — culturally and linguistically — Spanish is. What I know now about the Spanish language is that language in and of itself is such a powerful tool to communicate and get to know a culture. It is also an incredibly helpful tool to make friends, connections, get out of your comfort zone, and to appreciate something you already knew, just a bit deeper.

Whether I am at home, or I am living in Spain, knowing the Spanish language has always allowed me to make friends with other Spanish speakers. It’s a common thread that connects people, knowing the same language. Although it makes sense, it rings especially true when traveling. Whenever I reflect on my living experience in Spain, I can’t help but feel even more gratitude for speaking Spanish, no matter how different it sounded to Spaniards. 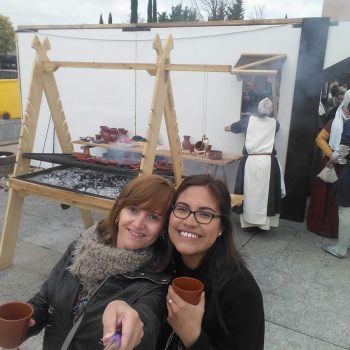 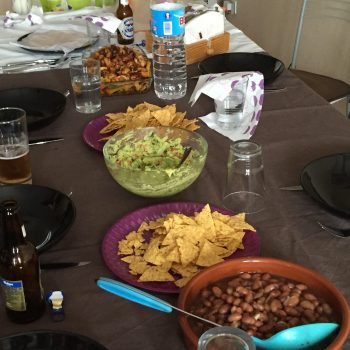 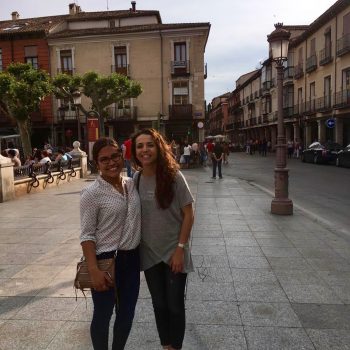 Speaking Spanish allowed me to connect with my co-workers, have conversations, learn how friendships are made in a foreign country, and also share more of myself authentically with locals. Whether it was a conversation over cultural differences at dinner with my host parents, or sharing my travel plans with my co-workers and getting suggestions from them, speaking Spanish facilitated my ability to connect with the people and culture of Spain so much. In the same way, it was an opportunity to share not only Mexican culture with my host parents, but also cook for them a Mexican feast. If I hadn’t known Spanish, my experience would have potentially looked very different.

The irony of it all was that when I first arrived in Spain, my Spanish host family, co-workers, and friends didn’t understand me completely because I spoke Mexican-Spanish and Spanglish. However, when I came back home, my Mexican family and friends struggled to understand some of the expressions I was using.

Now, I had learned and expanded my own knowledge of the Spanish language, while living and immersing myself in Spanish culture and dialect. I used words like que guay, estropear, and other interesting words unique to Spain that I couldn’t let go of.

In the end, I learned quickly that Mexican-Spanish differs in many ways from Spain-Spanish. While I felt very grateful to know some version of Spanish, I didn’t know that my year teaching English in Spain would also deepen my appreciation for a language I already thought I knew. I realized throughout my time living in Spain that Spanish comes in all sounds, speeds, and expressions. Language in and of itself is such a powerful tool to connect and learn about a culture on a deeper level. Especially when it’s your own. 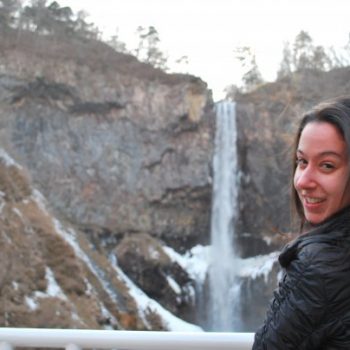 November 18, 2021
In my youth, I had never manifested any interest in Japanese culture. My knowledge was limited to the stereotypical images…
Read More 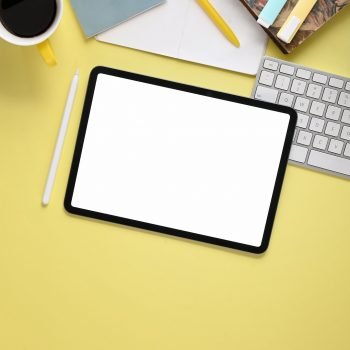 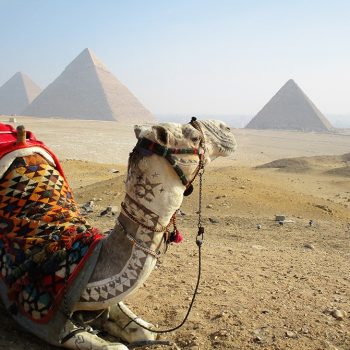 April 16, 2020
Who doesn’t have visiting the Pyramids and Cairo, Egypt on their bucket list? Normally, my wife and I travel and…
Read More