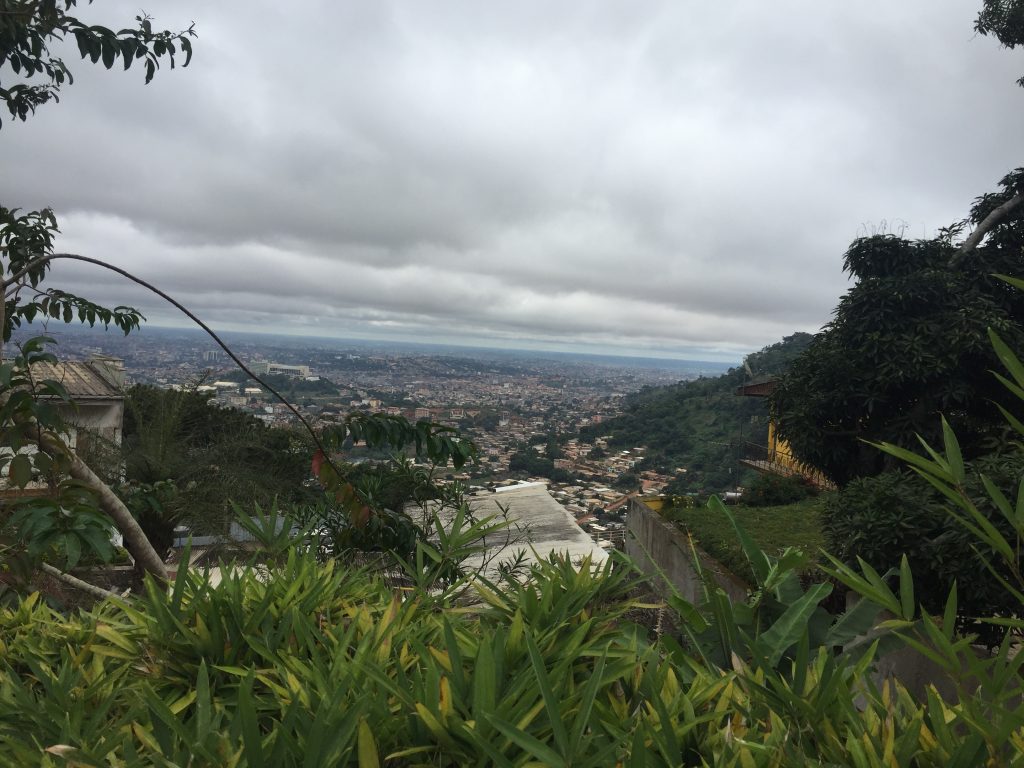 When you think about studying abroad, Cameroon might not be the first country that pops into your head. Cameroon is home to more than 200 ethnic groups speaking over 260 different languages. Cameroon was first colonized by Germany in 1884 but after the end of the first World War Cameroon was “given” to France (3/4) and Britain (1/4). When gaining its independence in 1960, Cameroon decided to make its official languages English and French. The country remains divided with anglophones facing off with francophones due to anglophone suppression. While studying in Cameroon I did not visit any anglophone regions due to the civil unrest and protests that became violent. Here are some things I learned.

About six weeks into my study abroad I had a restless night. I woke up the next morning and my stomach was not happy. I thought back to the street meat I had for lunch the day before and had many regrets. 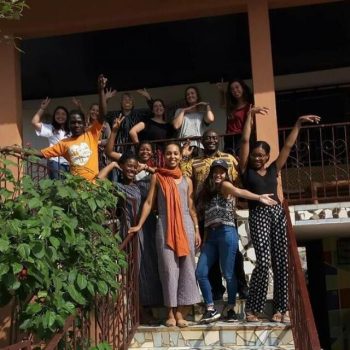 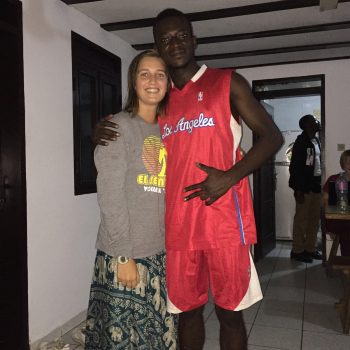 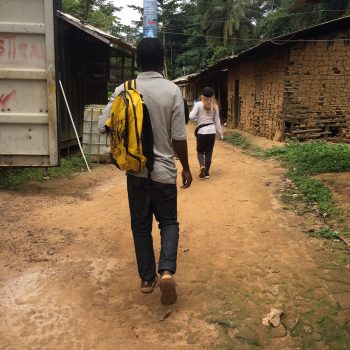 Since I lived across the street from our school, I managed to get to school, used the bathroom for the fourth time that morning, and laid on the daybed before my French class started. I only made it to class since it was only 20 steps from the daybed. At about five minutes in, I knew I needed to go home and go back to sleep. I went into our homestay coordinator/health and wellness advisor Nathalie’s office. I told her I wasn’t feeling well and that I wanted to go home. She asked if I wanted to go to the doctor. Slowly I said no and then blacked out.

I awoke on the floor hearing Nathalie calling for Thierry who worked security for the school. Soon I was in his arms and I told him I needed to go to the bathroom again. Barely able to walk and seeing the hallway through tunnel vision, I remember thinking: “If I don’t get helicoptered out of this place, I’m going to die.” 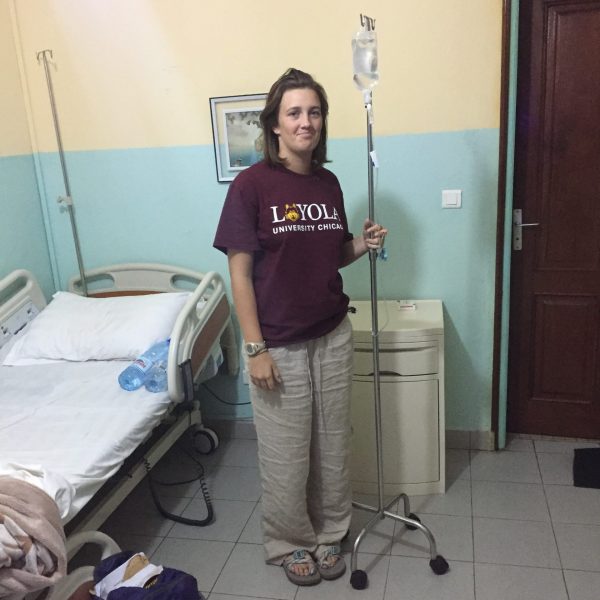 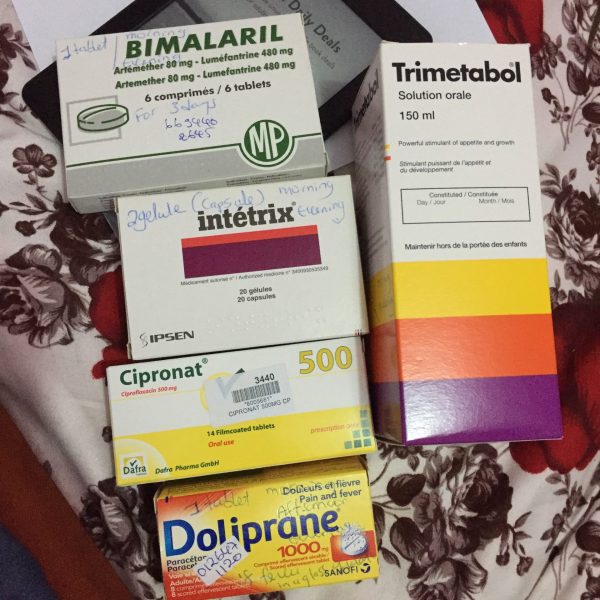 A few minutes later Thierry was carrying me to the hospital. The doctor came in a few hours after taking lots of tests and told me I had a stomach fungus and bacteria, and a little bit of malaria. A little bit of malaria! What does that mean?? I soon learned how treatable malaria can be when you have access to medicine. Malaria is a deadly disease because so many people in Cameroon and other African countries don’t have the $3 it costs to treat the disease right away. I was fortunate enough to have the money to stay in a hospital for two days for treatment. Others are not so lucky.

2) How to Navigate Taxis While Studying in Cameroon

When you walk around the streets of Cameroon you see people on the sidewalks yelling at taxi drivers as they pull over. At first, this may seem odd, but there is actually a simple system to the madness. It is similar to Uber pools. If you would like to go somewhere in the city you stand on the sidewalk and when a taxi driver pulls over, you shout the place you want to go. If he is going in that direction he will pull over and pick you up. But if he isn’t, he will drive away. 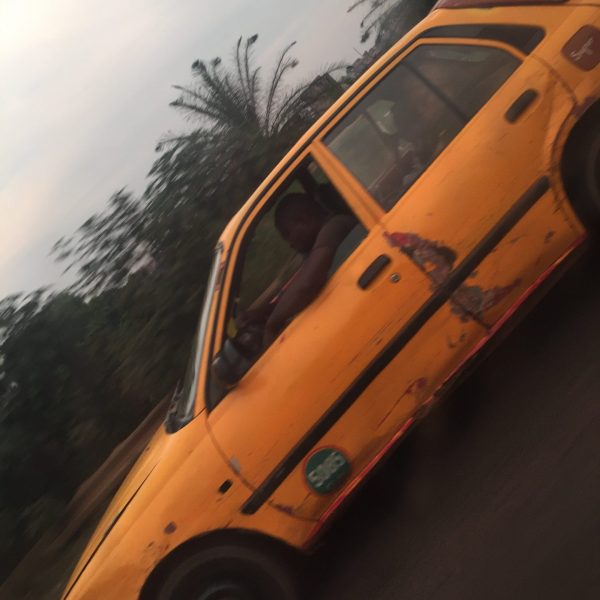 The taxi fare was typically around 250 XFA, about $0.50.You will ride in the taxi with whoever is going in the same direction as you. So you never know if you will get dropped off first or last. The taxi drivers are efficient, however, and once you’re in the taxi, you’ll get to the destination in a somewhat timely manner. UNLESS there is traffic, which is always, so never look at your watch, and enjoy chatting with the other riders in the taxi.

Walking into my homestay, I wasn’t exactly sure what to expect. My host mom was the last one to arrive which was funny because the house was right across the street from the school. We were told from the beginning that Cameroonians tend to always be late. The staff told host parents to arrive at 2 pm and the first person showed up at about 2:30 pm. When my host mom came we chatted for a bit and then went back to the house.

It was a quaint home and my bedroom was on the first floor across from the living room. There was a small kitchen off of the entrance and then two bedrooms upstairs for my host parents and their niece, who was staying with them while she went to university. The bathroom had a toilet and then a hose with a pink bucket under it. I remember my host sister Prisca explaining the bucket shower to me. “Fill up the bucket, use the smaller ladle, and wash yourself.” Pretty simple, I guess. 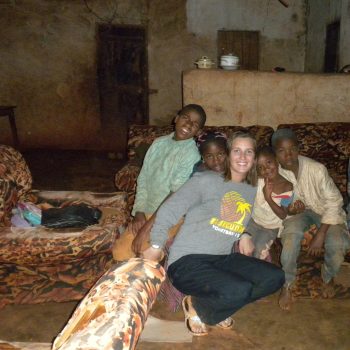 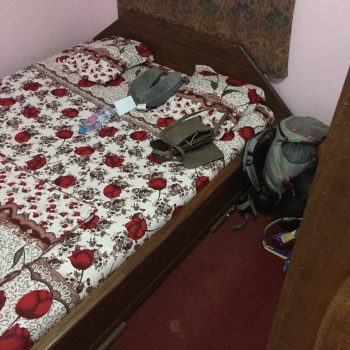 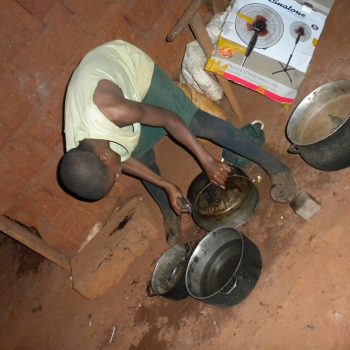 Although not the most thrilling, I got pretty good at taking bucket showers and avoiding the occasional cockroach scurrying around my bare feet. The best bucket shower I took while studying in Cameroon was in a northern village called Batoufam where I also stayed with a host family. I woke up to kids knocking on my door telling me to follow them. They took me outside to the area where they showered, pointed to a steaming bucket, and left me alone. It was maybe 6:30 am and I took a warm bucket shower in the fields of Batoufam. I will never forget it.

4) Kids Are the Best Way to Learn a Language

My stay in Batoufam was one of my best experiences while studying in Cameroon. The family I stayed with was so kind, and there were always kids around. I was never exactly sure which kids were a part of the family I was staying with. When I decided to go to Cameroon, I had only taken a year of French classes at my university. I soon learned that my French was not as good as I thought it was.

However, when I was with kids, I felt so much more confident with my language skills. Not only do you feel more confident with kids but they explain things to you that adults never do. When learning a new language you are often lost and ask people to repeat things. You can only ask an adult to repeat things so many times before they will stop and say forget about it. This is extremely frustrating when you are trying to learn a new language because you want to understand. This is why children are the best. They will take as long as you need to explain something to you. 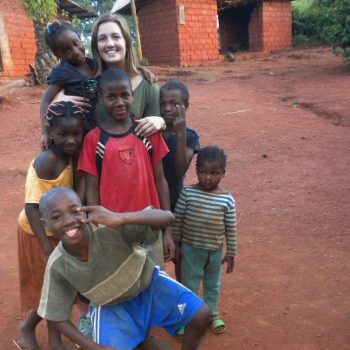 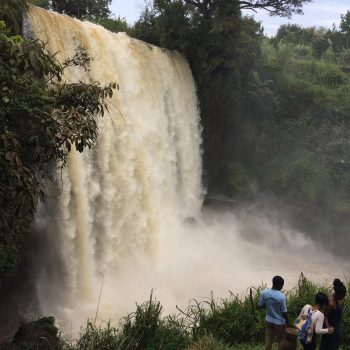 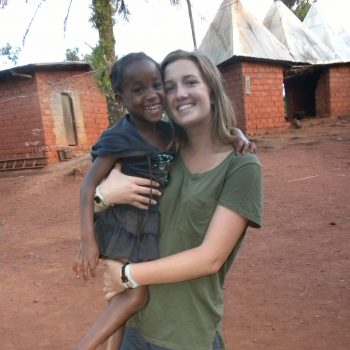 I was in the “kitchen” (a mud hut with pots, pans, food, and a place to build a fire) with my host family and I didn’t understand something one of the kids said. They then spent the next 10 minutes acting out and repeating what they were trying to tell me. By the end, we were all laughing so hard I didn’t even remember what I was trying to understand.

5) Flashlights Are not Necessary With a Good Guide

Later that night we went for a walk through the village to collect some pots and a jug of water. Even with the stars shining brighter than I had ever seen, I couldn’t see a thing. We set out on our walk and I had my flashlight in hand. There were kids all scattered around and they knew exactly where they were going. We walked for about 10 minutes before arriving in another family’s kitchen where a goat was tied up. The kids talked to the family, I did my best to answer any questions they had for me and tried to help them pronounce my name. 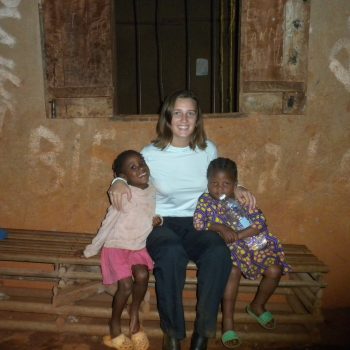 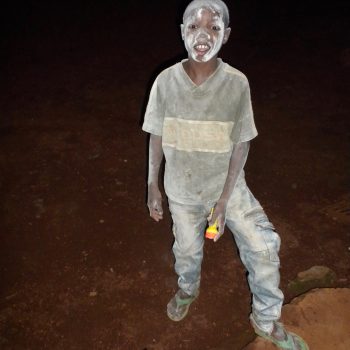 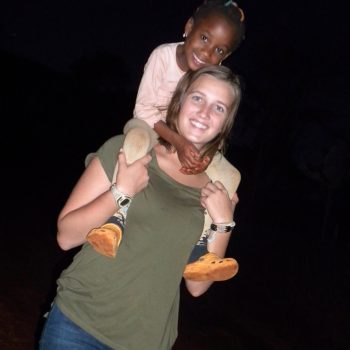 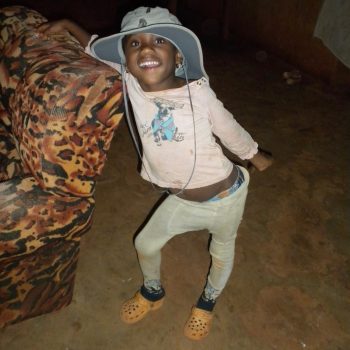 We left and walked for another 10 minutes and even with my flashlight, I could not see more than three feet in front of me. We arrived at another house, picked up the jug of water, and headed back home. I asked the kids what they liked doing, what they thought about school, and most importantly how they could see in the pitch black. They just laughed and said that they walked this road every single morning and every night and after a while, you don’t really need to see.

I looked around at the road I had walked that morning and did not recognize a thing. I thought we were still a ways away from the house but within minutes we were home. All of these children were under the age of 10, could cook, clean, and walk around the village in the dark all by themselves. I often saw five/six-year-olds walking around with machetes and I didn’t bat an eyelid.

Although not your typical study abroad experience, I am incredibly appreciative of the time I spent studying in Cameroon. I met wonderful people, learned a beautiful language, and discovered a developing country. I would highly recommend studying in an unknown place to those of you who are still in college. Your eyes will open to a world that you didn’t know existed. You will be pushed in ways you didn’t know you could be pushed. For those of you who are out of college, I challenge you to visit those unknown places that you may see as scary or unsafe. Do the research, find the right people, and explore the unknown. It will change your life. 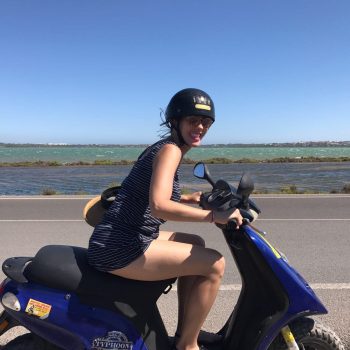 May 31, 2018
This soul-searching series showcases my grieving process over the course of the most harrowing and heartbreaking six months of my…
Read More 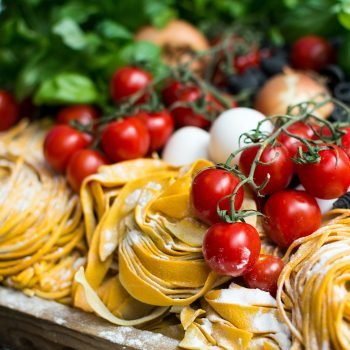 A Food-Inspired Guide to Calabria, Italy

November 10, 2020
By Diego Ambrosio Catch up on my last article about cooking Italian cuisine in Thailand here! I would like to…
Read More 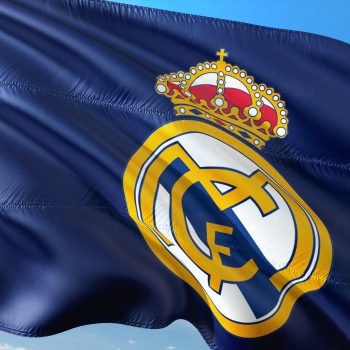 May 25, 2021
After moving to another country, Edgar Llivisupa reflects on what he learned. Now back in his home state of New…
Read More